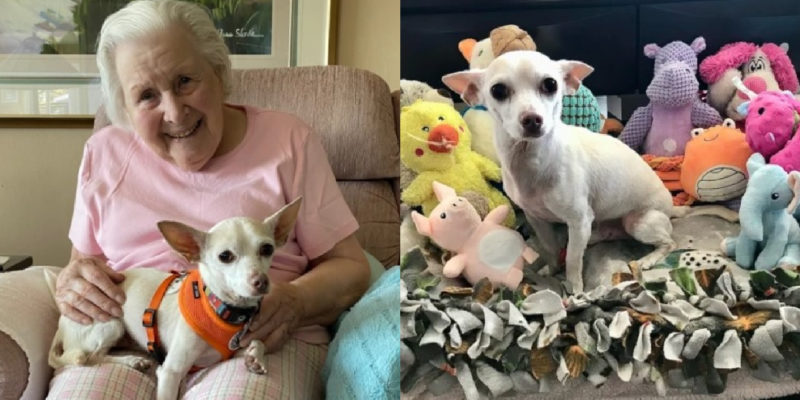 This story is about an elderly woman, whose age is 100 years old. She decided to take a very responsible and noble step.

And this step is to get a dog from a shelter at such an advanced age. 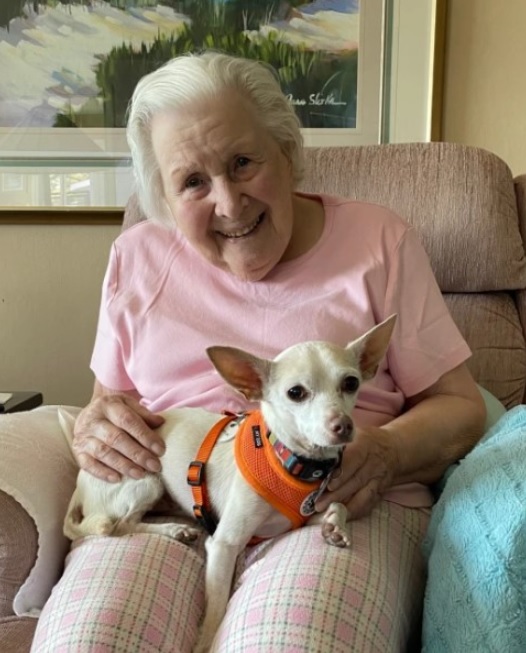 But the most interesting thing is that this old woman decided not to take a young dog, but an old one just like herself.

Maybe she made such a decision precisely because she perfectly understands how hard and lonely life is in old age, whether you are a person or a dog.

Joanna Carrington’s parents did not allow pets when she was a child.

That is why, becoming an adult and getting married, she decided to come off to the fullest. And finally, fulfill your childhood dream of having a pet. As a result, she and her husband had eight dogs at the same time!

Life was beautiful, just as she wanted, just as she imagined, in her childhood. But recently, Carrington lost her dog, as well as her husband.

Therefore, after so many years of a happy and cheerful life, that pain and loneliness became unbearable for her. 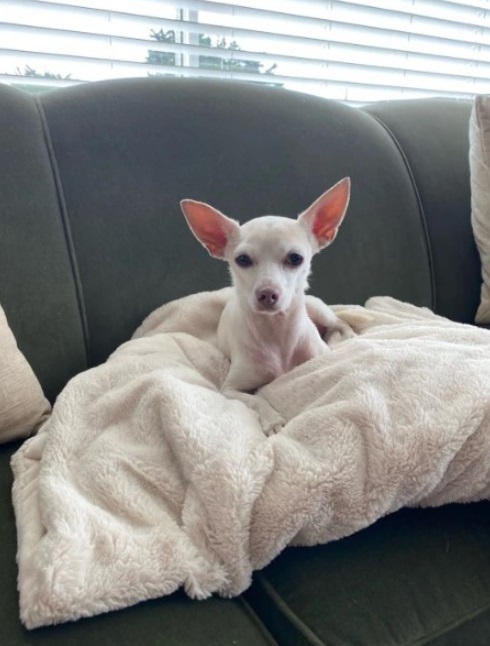 Joanna understood that living on memories alone, she would not live long, and she no longer saw the point of living.

She understood that something had to be done. Her main task was to get rid of loneliness and find a goal for which she could live on.

She wanted to get another dog, but was afraid that the shelter would not approve an owner of such an age.

How wrong she was! 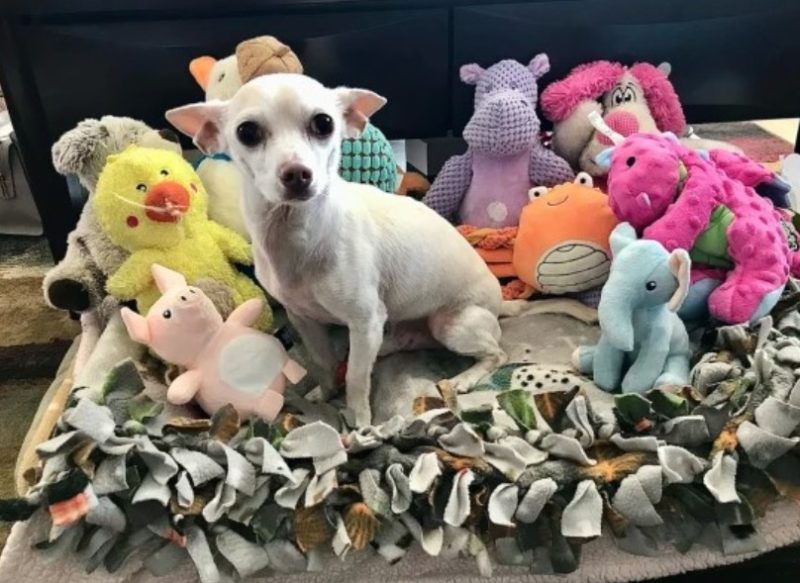 Gucci is 11 years old, and Joanna gladly became her owner. When the dog first came to Joanna’s house, she immediately climbed into her lap.

To live such a long life, according to Carrington, she was helped by the presence of pets. By the way, this is not only her opinion, but also a scientific fact: older people who have pets are happier and more active.