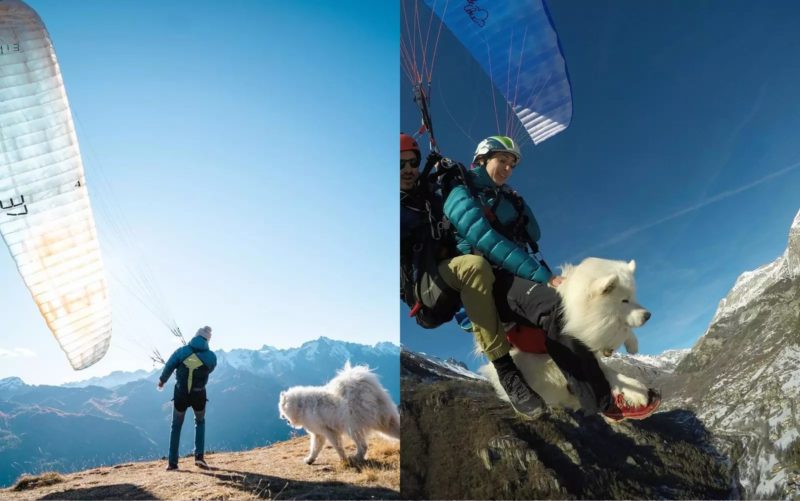 3-year-old Samoyed Ouka, who lives with his owner Shams in France, is very fond of traveling, during which he not only walks a lot, but also paragliding. 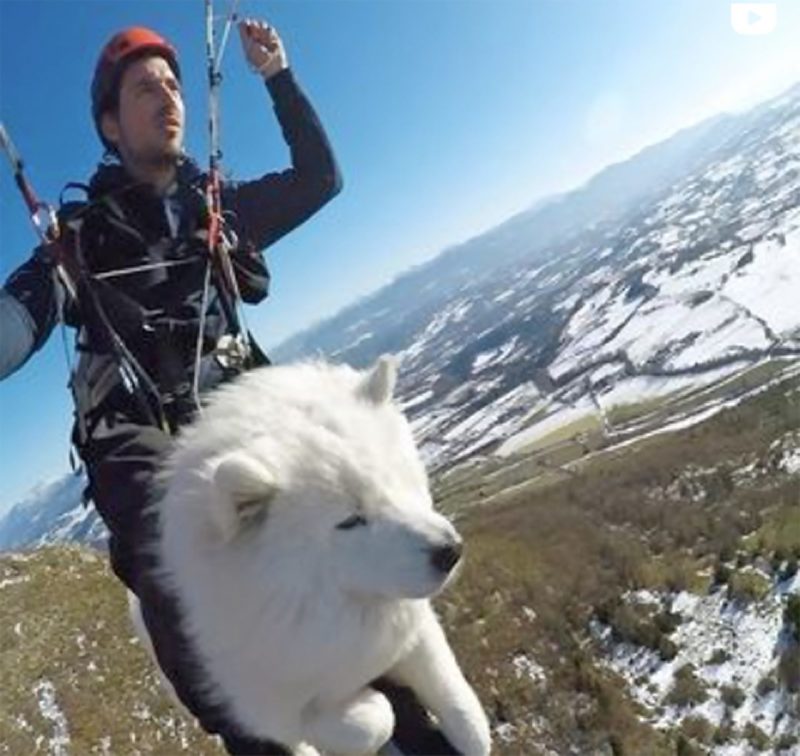 This unusual hobby of the dog was “infected” by his two-legged dad.

The idea of ​​paragliding with a dog did not come to Shams immediately.

“At first, I was convinced that Ouka was not afraid of heights at all. For example, when we go hiking in the mountains, he calmly stands on the very edge of the cliff,” Shams said. 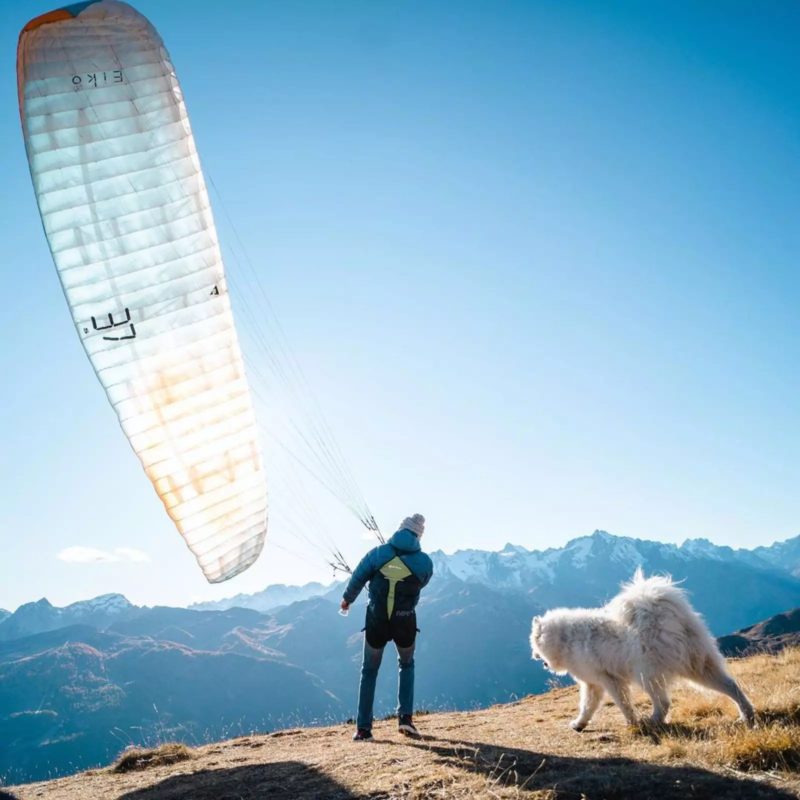 Gradually, Shams began to accustom his pet to the soaring glider. And when he got used to the huge strange design, he developed a special harness that allows him to safely take the dog in flight.

In general, it took about a month and a half to fully train Ouka to fly. And now the dog is happy to soar into the sky in tandem with his human.

Ouka and Shams met at a time when they most needed support and love.

“Before I met Ouka, I was not going through the best period in my life. I didn’t have a job and had a lot of problems in personal relationships. In fact, I was very depressed.” Shams recalls.

The snow-white fluffy also had many difficulties: he lived in a shelter for a long time, was very ill and returned several times to new owners.

But when Shams took the Samoyed, life instantly changed for the better. And the dog finally found his happiness.

“Ouka constantly motivates and makes me happy, making me wake up in the morning with a smile. I am very grateful to him for that.” Shams admitted.

Shams regularly shares photos and videos of his travels with his fluffy pet on his Instagram, which currently has over 70,000 followers.

“I will work as long as I have the strength”: 92-year-old pediatrician helps poor children for free
Interesting News
0 94

This woman’s body is 95% covered with tattoos: see what she looks like without them
Interesting News
0 3040