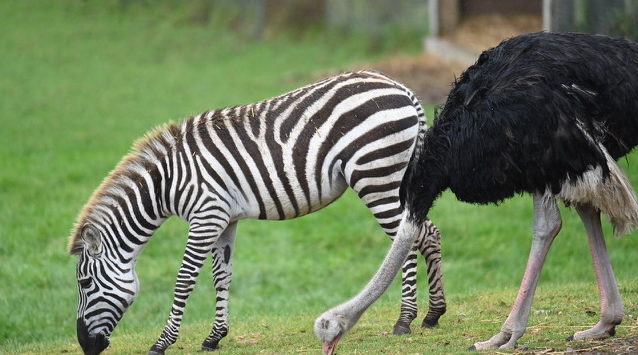 The challenges of parenthood have proven overwhelming for Blue the ostrich, who lives in a safari park in England.

He decided to join the zebra herd instead of sitting on the eggs – and this caused serious problems. Now Blue will have to leave this safari park. He will be transferred to another park, and a more balanced male will be placed in his place.

The issue is, ostriches pair up for life.

Females lay eggs twice a year – a dozen at once. The pair sit on the eggs alternately: females during the day, males at night.

But Blue broke the pattern: instead of doing his parenting duties, he ran through fields with zebras.

The eggs froze, and the safari park staff tried to unravel the strange behavior of the bird.

They are already desperate to see offspring this year.

He joined a herd of twelve zebras, and they surprisingly calmly accepted him.

The ostrich nibbled grass with them, walked beside them and even wagged an imaginary tail.

Females even calmly allowed the bird to approach their foals.

This atypical behavior astounded the caretakers no less than the behavior of Blue himself.

“Blue was having an identity crisis – he just wants to be a zebra,” zoo officials say.

This is the first case of such an identity disorder in birds. 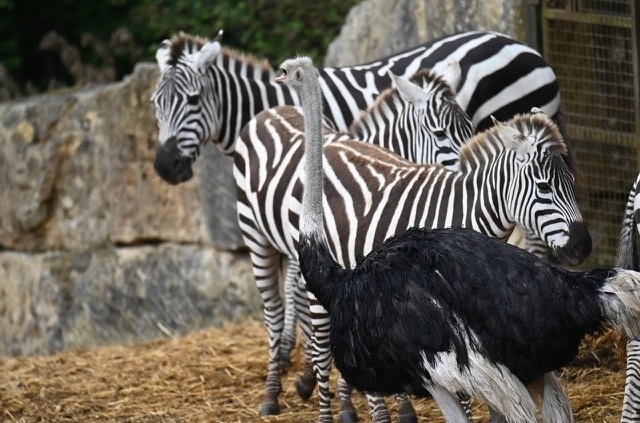 Or, maybe, the young bird, indeed, was simply not ready for parenthood, and did not understand what to do?

The most reasonable version says that the reason for the strange behavior of the ostrich is that zebras are the majority in the safari park, and he simply decided to join the dominant group and imitate their behavior.

At the beginning of the summer, Blue mated with a female, but this was his last act as an ostrich.

After that, Stacy was left alone, and the safari park was left without a brood of little ostriches.

Since the safari park needs a new generation, and Stacey needs a couple, another male will take the place of Blue.

And the complex personality will move to another park. We hope that he will be able to sort himself out there.

The woman who managed to stop time: what Miss Universe 1965 looks like today at 74
Interesting News
0 25183