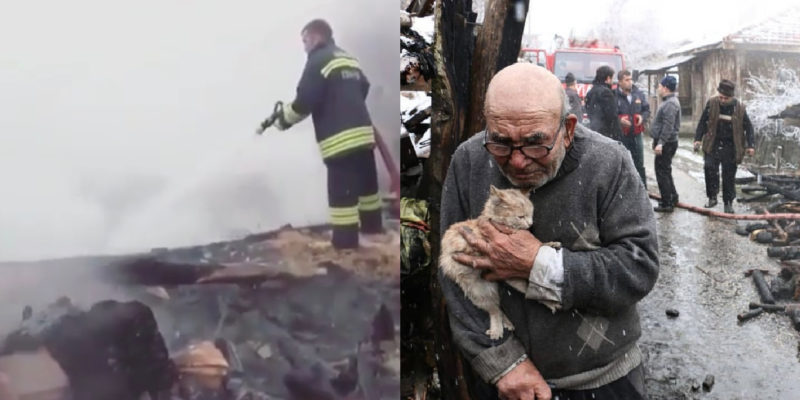 On the Internet, at the speed of light, a photo that shocked the whole world scatters. In it, the photographer captured an elderly man who, gently clutching a cat to his chest, watches his house burn down – with tears in his eyes. 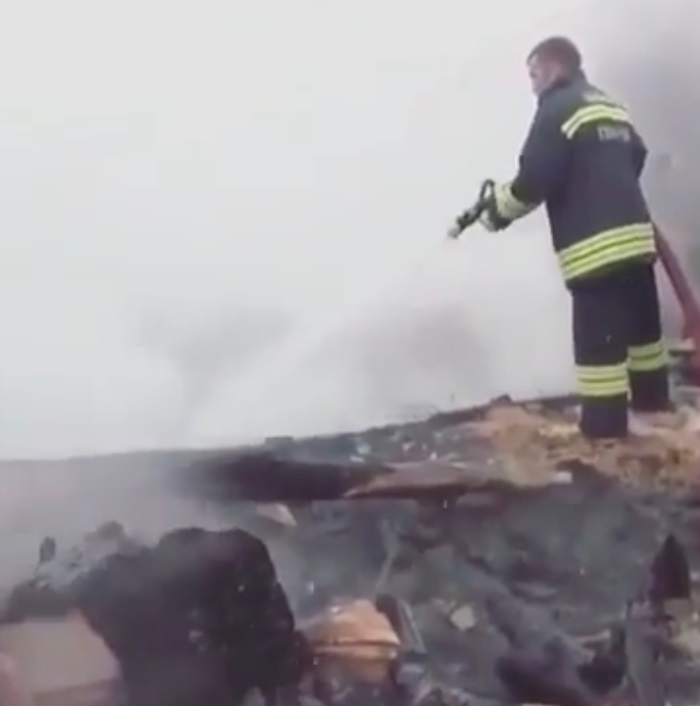 Ali Meshe, 83, was left alone at home when his wife and sons left on business. The man became very cold, and he got up to pour gasoline into the stove. However, he did it extremely wrong, the fire from the stove spread to the walls and the wooden house flared up literally in an instant.

Miraculously, the elderly man was able to get out of the house. Escaping, he did not think about things and documents. He thought he lost everything. However, his beloved cat managed to escape the blazing house debris. 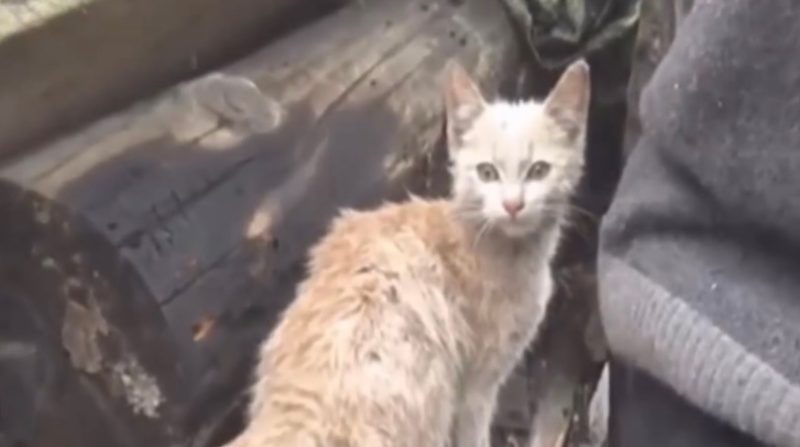 Pressing his cat rescued from the fire to his chest, the man burst into tears. And Ali is captured in the photograph: he stands with a rescued cat and watches with tears how his house burns down.

The story caused a huge resonance in Turkey and touched the whole country to the core. The presidential press secretary said that the state would provide all necessary assistance to the family of the old man. 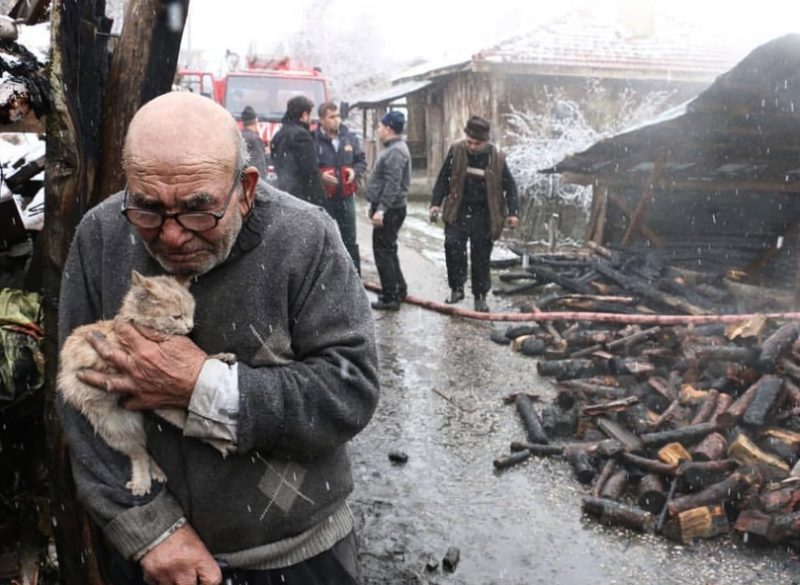 The governor of the province, where this tragedy happened, promised that in the spring the elderly man and his family would move to a new house. And now the rescued cat and the old people live with their eldest son.

Many people say that this photo is a reminder that even if something terrible happens, there is always hope and something to be glad about.

Interesting News 0 27
Netizens can’t get enough of Brooklyn Beckham and Nicola Peltz, who got married in

Photographer was shooting the beauty of the lake, when he suddenly saw mother duck with 76 ducklings in tow
Interesting News
0 243

Meet Hansel, the first pit bull arson detection K-9 in the US, who was rescued from participating in dog fights
Interesting News
0 332