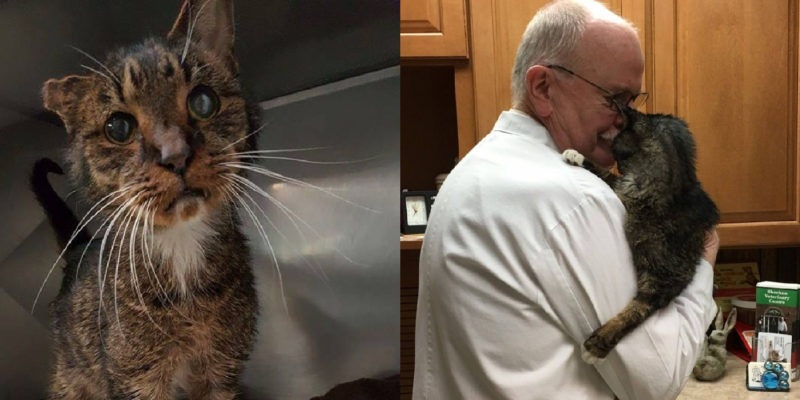 Once a cat was brought to one of the American shelters. 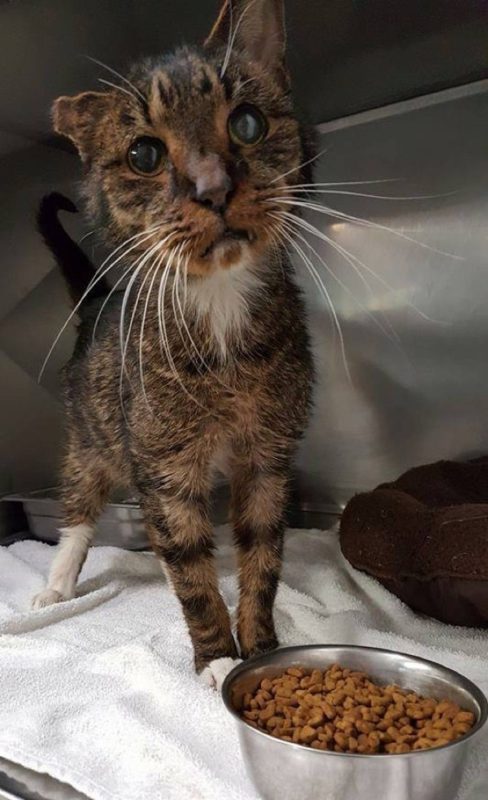 The cat was caught on the street, he was all dirty and sick. It was clear that the life of the poor cat was pretty harsh.

There were numerous scars from battles with other cats, and some kind of strange right ear, either frostbite, or simply torn.

He had a respectable age for a cat. 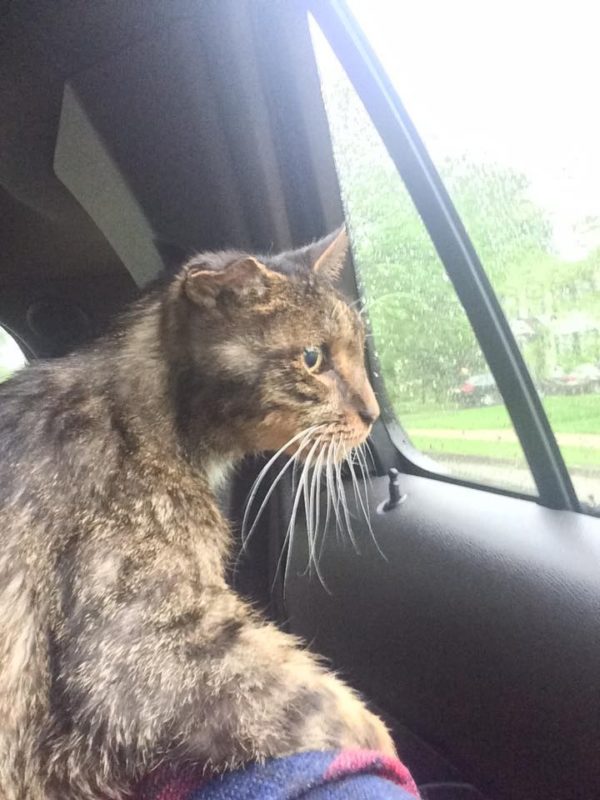 He was about 15 years old. Even domestic cats do not live up to this far often.

And another feature of the cat was his hyper-sociality.

He was not at all afraid of people or animals. At the shelter, he tried to get to know everyone.

The shelter staff thought for a long time what to do with this old man, who, by the way, was named Barnaby.

And, in the end, someone came up with the idea to look for a new home and owners for the cat.

Although, frankly, there were very few chances for this, because the cat was sick and old, and required special care.

Well, who will take him? However, quite a bit of time passed, and the owners were found.

It was a married couple, Ed and Claire Sheehan. 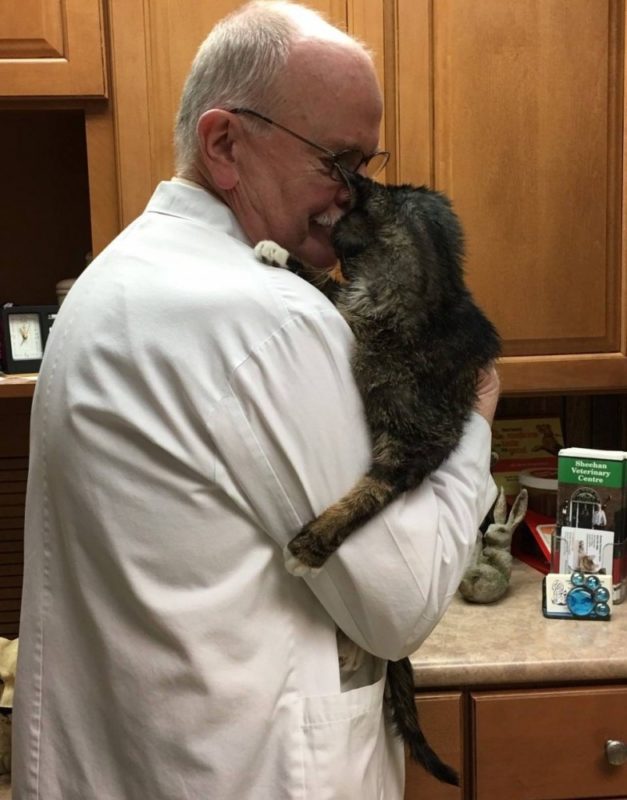 Ed worked as a veterinarian and knew very well that Barnaby was unlikely to find good, loving owners.

But something hooked the family couple in the story and photo of the cat, and they decided to help him.

The cat has settled in the veterinarian’s office, he constantly helps Ed to work, during the day he carefully watches the visitors of the clinic, and in the evening he helps the doctor fill out the documents.

For some time, the cat had to live in the clinic, because Barnaby needed constant care. 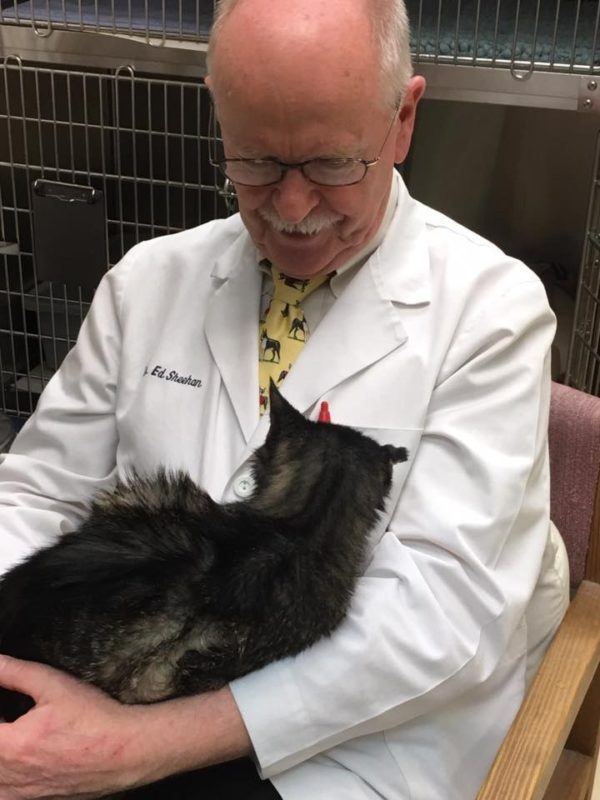 He needed to be given antibiotics, fed with special feeds. And sometimes, when the cat had a poor appetite, he was given a special mixture.

In addition, here, in the clinic, the cat was always surrounded by love and care, always communicated with visitors (after all, he loved it so much, as we remember).

The couple said that their goal was to ensure a decent life for Barnaby, so that he would spend the rest of his time in warmth, feel loved and needed, and lack nothing.