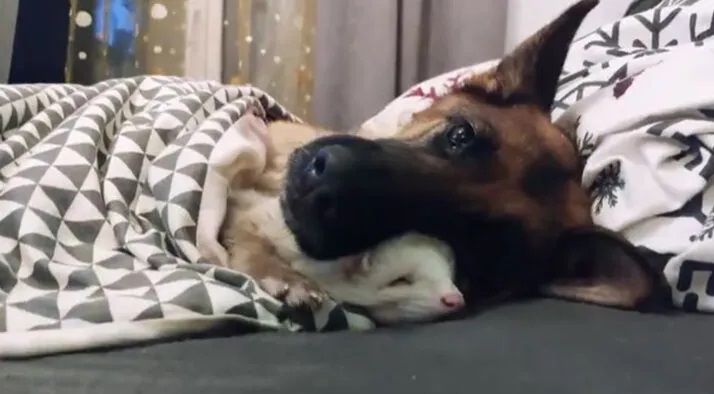 Diana Grib, a resident of the Lithuanian capital, has always wanted to have different pets.

The girl wanted to avoid hostile alliances in which animals could experience stress. 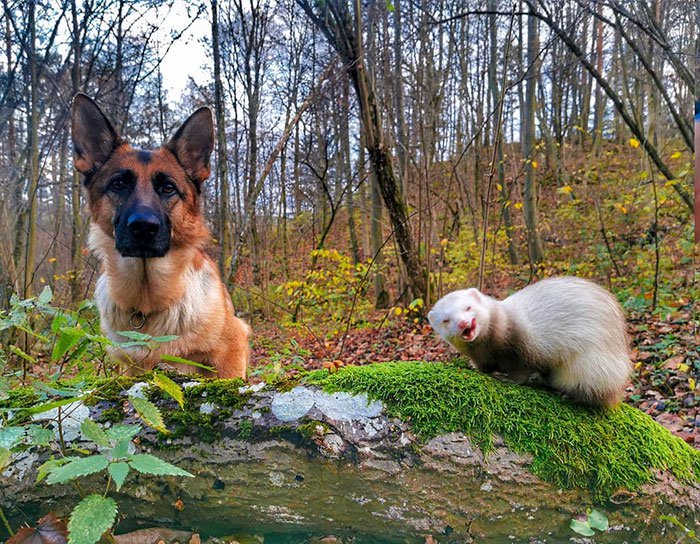 After a long study, Diana decided to get a dog and a ferret, as examples of their friendship are known.

The first to appear in her house was a German shepherd named Nova. In the process of training, Diana introduced her to other representatives of the fauna – from parrots to cats, and this developed a kind of tolerance in Nova.

Then it was the turn of the domestic ferret: in shelters they often grow with dogs, the girl had only to choose the cutest individual.

The ferret Pacco arrived from Kraków.

The first meeting went smoothly. Nova became interested in the guest and followed on his heels as he sniffed the new home, not paying attention to the neighbor.

Pacco ignored the dog for two days, but then, according to Diana, “the fun began.” 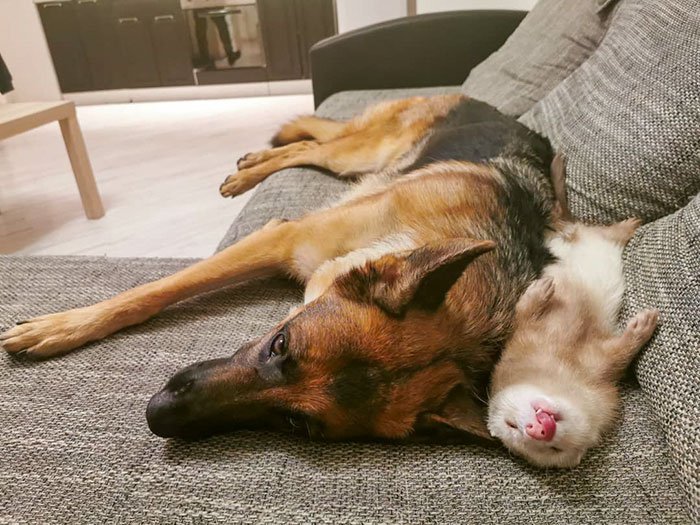 Both animals are very curious and playful. They walk together, share toys and even sleep with each other.

“Sometimes it seems to me that two dogs live here – they are so similar”, – says Diana Grib.

At the same time, Nova does not occupy a dominant position – on the contrary, the ferret is the main character in their pair. 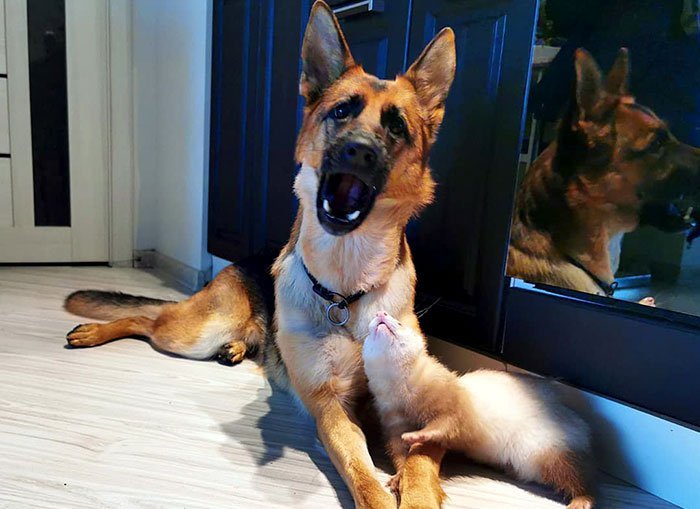 During the games, Pacco somehow left a scar on the nose of the shepherd, but she took it calmly.

Shepherd dog treats the baby very carefully, does not lose sight of and cares for him.

Kind-heartad man finds a feral cat left by people and begins to tame him again: see the video
Interesting News
0 82