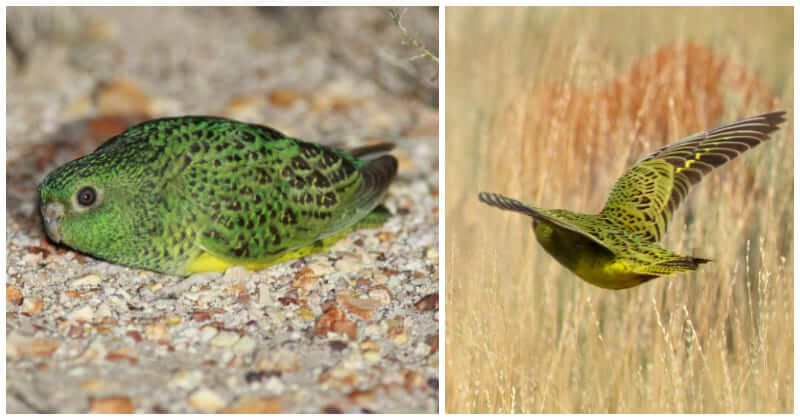 He managed to photograph an unusually rare bird, which many ornithologists considered extinct.

But the researcher is in no hurry to share with the world unique shots, as well as recordings of bird singing.

According to him, in this way he wants to protect the creature from the sometimes destructive attention of people.

This is the so-called night parrot (Pezoporus occidentalis), the only species of the genus discovered in the second half of the 19th century. 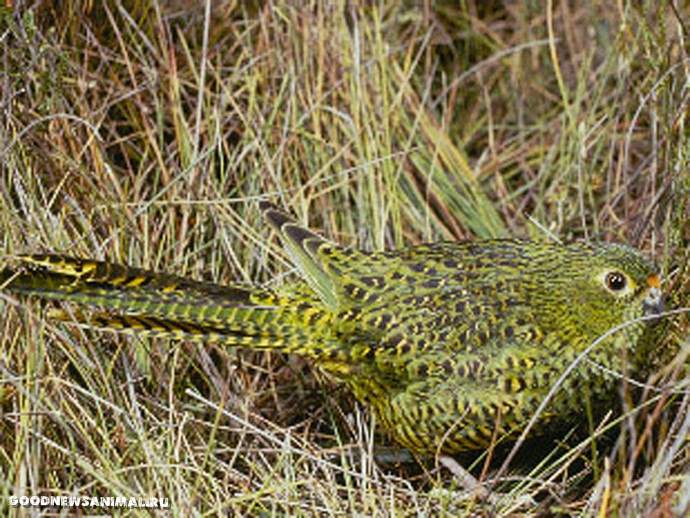 This small bird, a little over 20 centimeters in size, with yellow-green plumage, got its name due to its predominantly nocturnal lifestyle.

The once relatively large population, common in central Australia, began to decline rapidly at the end of the 19th century.

And the last officially documented case of observing a living individual to this day is dated 1912 – then a photograph of a night parrot was taken.

Since then, there has been almost no news from the bird.

No one has observed live night parrots, it turns out, for 101 years.

The exception was John Young. He presented to the specialists of the State Museum of Queensland.

And scientists have confirmed that they observed a night parrot.

For the first time, John managed to catch the trail of a parrot in 2008.

Once he was making a night raid in the southwest of Queensland and heard an unusual bird song.

Trying to reproduce the sound, he was surprised to hear two birds answering at once, hiding in the darkness somewhere nearby.

For several years, he continued to communicate with parrots in this way, but he could not see the mysterious creatures with his own eyes.

At the end of May 2013, during another night outing, the naturalist decided to take extreme measures.

Together with his film crew, he set up an ambush nearby a supposed parrot’s nest.

After listening to the already familiar singing for some time, he suddenly saw a bird fly out of its hiding place and sit on the ground not far from people. 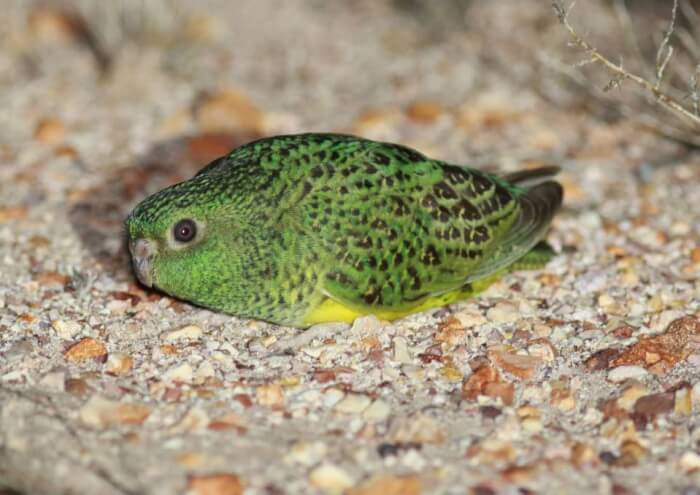 Then the pre-prepared photo and video equipment was turned on, and the parrot was finally photographed.

“Nobody has ever done something like this… This is a major event for the ornithological world,” said representatives of the Australian State Association for Scientific and Applied Research.

But scientists were disappointed when Young said that he would not disclose the exact nesting site.

The naturalist explained that he had spent an incredible amount of time and effort searching for it and now wanted to study it on his own.

“Yes, I’d rather go to prison than tell anyone where it was,” said the researcher.

Couple converted a sprinter van into a tiny home, and use it to travel around Canada and foster vulnerable dogs
Animals
0 216

Wounded “puppy”, dropped into the lady’s yard by a bird, turned out to be a rare wild dingo
Animals
0 226

In Springfield, Missouri, a cat named Trigger called for help when his owner had a stroke
Animals
0 115