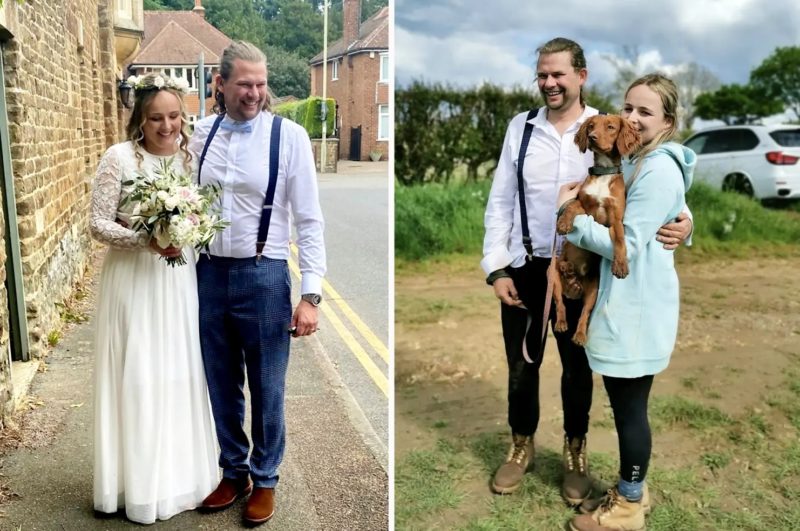 To find a pet, the couple interrupted the wedding, changed clothes and headed to the nearest forest. 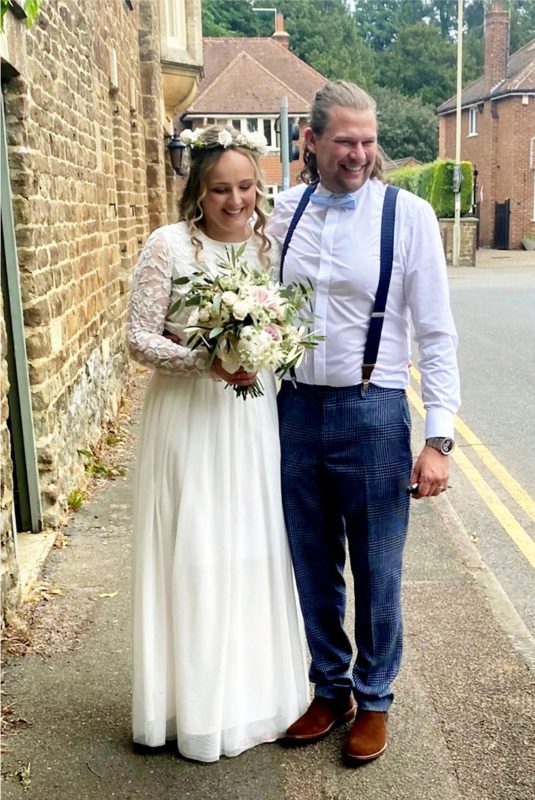 Dog went missing just a couple of hours before his owners tied the knot. While walking with a dog sitter, he got scared of other dogs and ran into the forest.

The girl tried for a long time to find him on her own, but she could not, and eventually called Daniel and Rachel.

Not only the newly-made spouses, but also all the guests of the wedding went in search of the doggie.

A huge company in festive attire wandered through the forest in the rain until dark, but no one ever found Crash.

“I thought it would only take ten minutes to find Crash, and that he would just end up at the wedding reception, then it would be a funny anecdote,” Daniel shared.

After sunset, the wedding guests drove home, and the newlyweds went to sleep in the car to start looking for their little four-legged friend again at dawn. 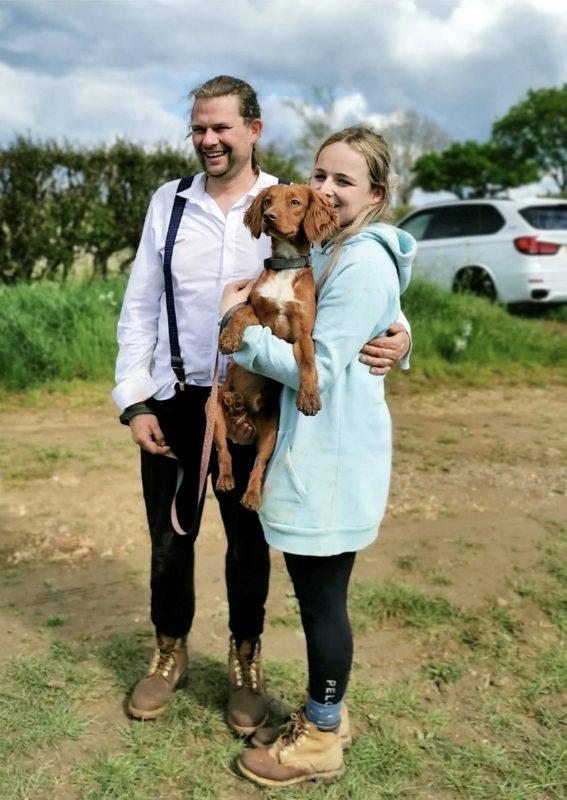 In the end, the newlyweds were joined by kind strangers who responded to their posts about the search for Crash on social media.

They advised Daniel and Rachel to seek help from Drone to Home, who are using drones to search for missing pets.

Thanks to modern technology, Crash was found in just a few minutes, and soon ended up at Rachel’s father’s house.

The man told the newlyweds that the dog feels great and is playing with might and main with his tailed brother Bobby, and they went to pick him up. 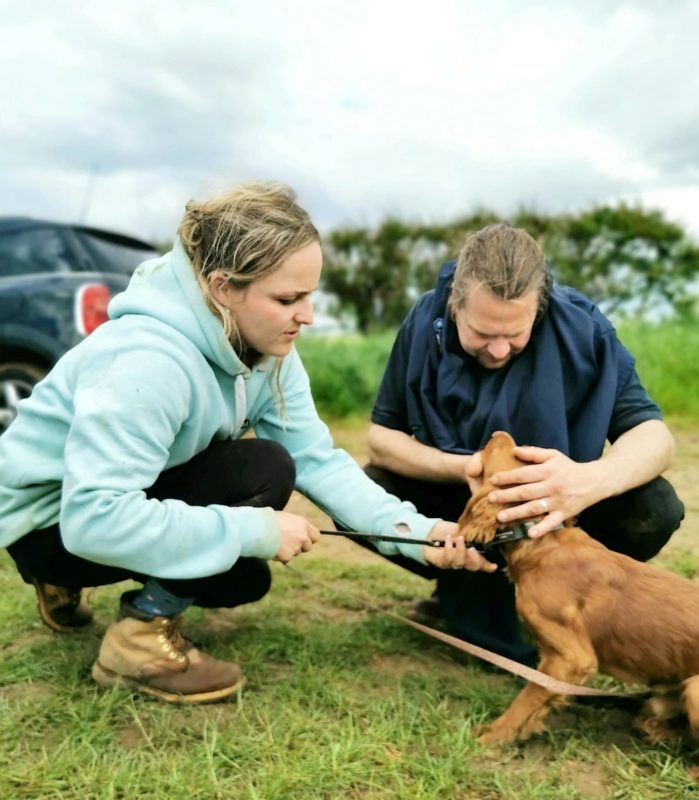 “When Crash was found, we immediately relaxed so much. We are very grateful for all the help we received from the people. They are great,” Rachel said.

When Crash saw his owners, he was excited and very happy. Despite what happened, no one was angry with the dog. And he even received a small piece of wedding cake.

Now the Munday family plans to catch up with a wedding barbecue.

Meet Scrappy, the dazzling marbled cat in a unique coat with an extraordinary pattern you’ve never seen before
Animals
0 206

Touching story by the post office. A kind woman gives a jacket to her dog
Animals
1 1438