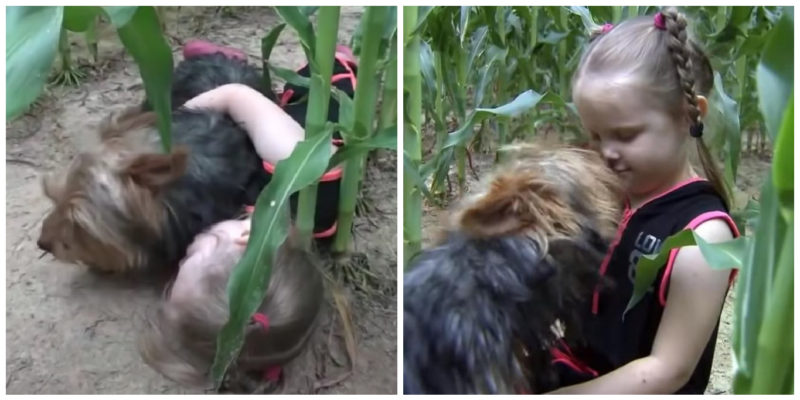 One evening, Timberlyn Merritt, a housewife and mother of three young children, was doing household chores.

Her three-year-old daughter Remy played in her room. Suddenly the mother became alert. 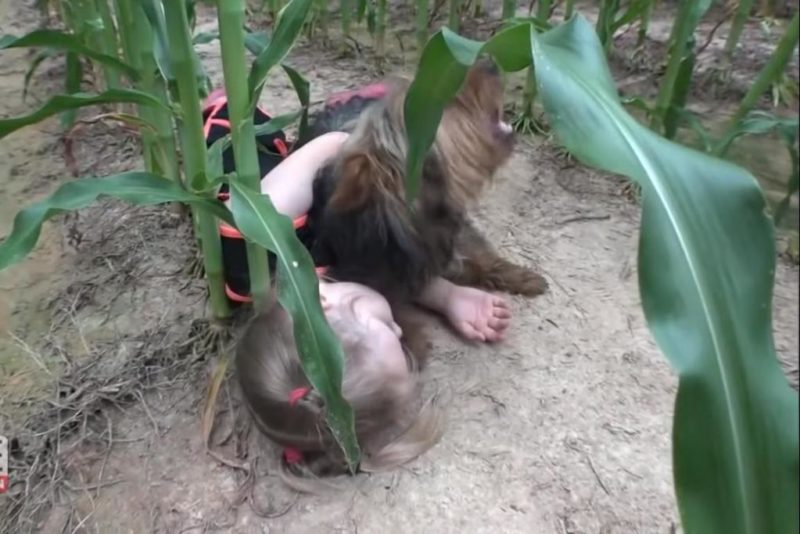 The usually noisy baby was very quiet. Every parent knows that if the child is quiet, then something has happened.

When Timberlyn entered Remy’s room, the girl was not in it.

In search of the child, Merritt checked every corner of the house. 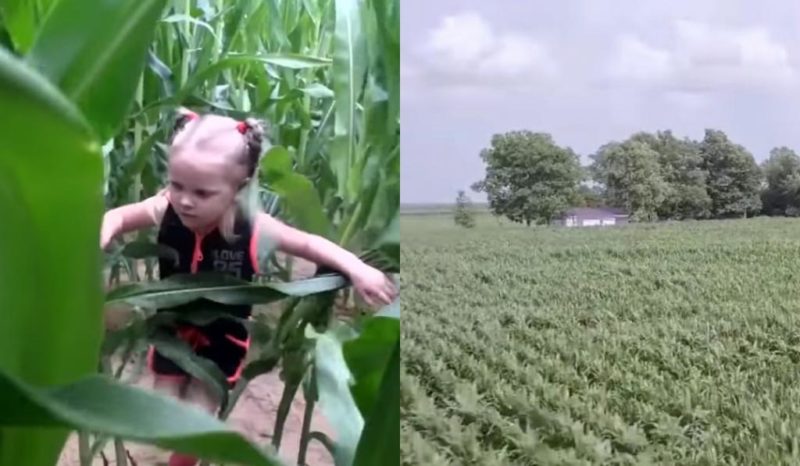 But the daughter was nowhere to be found. Her pet, a Yorkie named Heath, was also missing.

The dog was always next to his little owner.

The woman assumed that Heath ran away, and Remy went to look for him.

Not far from the house was a cornfield. Most likely the girl and the dog were there. But the field was vast.

Timberlyn herself wouldn’t be able to find the missing ones. Enlisting the help of neighbors, Merritt went in search.

But it didn’t lead to anything. She had to contact the rescue service. 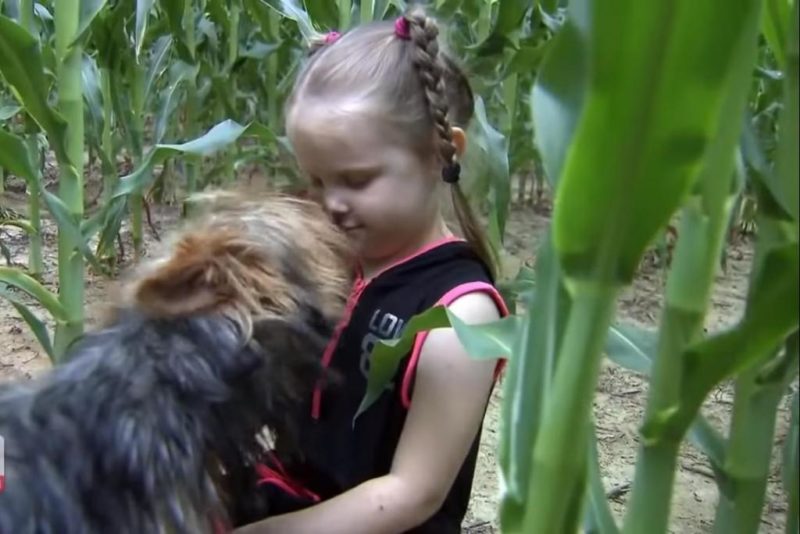 Rescuers worked all night. To no avail.

It is impossible to describe in words what my mother felt in those moments.

Service dogs were involved in the search. One of them took the girl’s trail and quickly plunged into the field.

At some point, the service dog barked first, and after a couple of moments, Heath. Everyone rushed to the sound. The girl was found fast asleep near the barn. York was right there. He guarded Remy’s dream.

When the baby was awakened, she told how everything was. It turned out that the girl just wanted to admire the night corn field.

The dog went after her as a guard.

Remy’s mom will definitely remember this adventure for a long time.