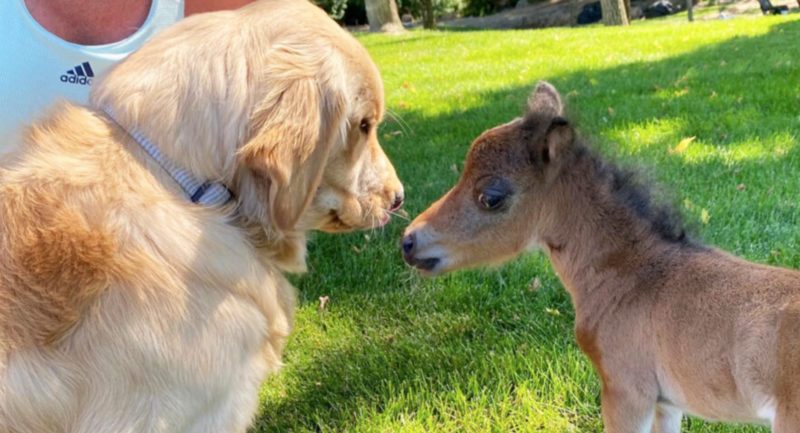 A mini horse named Teddy was rejected by his relatives because of his overprotective mother, who aggressively protected him, and suffered from loneliness for a long time. 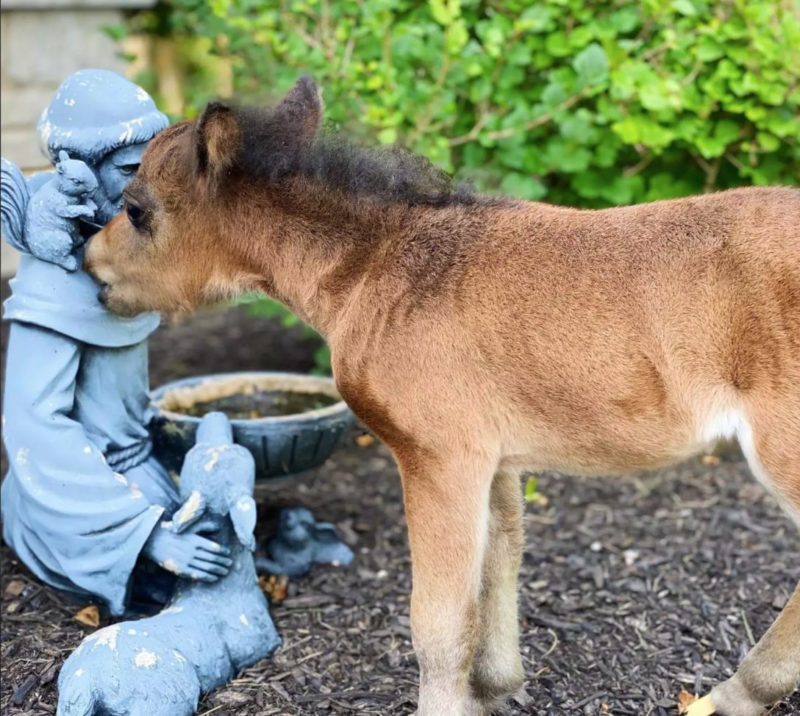 But thanks to the dogs living at the R&R Ranch Miniature Horse Sanctuary, everything has changed.

Teddy’s mother Eleanor was overly worried about him and attacked anyone who approached her child.

“If other animals wanted to sniff Teddy or somehow communicate with him, Eleanor appeared out of nowhere, her ears flattened, and her neck stretched out to kick or bite the “offender”,” Stacey Rolf, owner of the R&R Ranch Miniature Horse Sanctuary said.

Almost all the inhabitants of the ranch began to bypass Teddy so as not to anger his mother. And soon she herself had to be isolated due to illness, so the miniature horse was left all alone.

“Teddy was left without a mother to comfort him, and he had no friends to play with because everyone avoided him. Every day he ran around the ranch, hoping to talk to someone, but to no avail. It was a heartbreaking sight.” Stacey recalls.

Fortunately, golden retrievers and Shetland Sheepdogs, who lived on the ranch with horses, came to the aid of the lonely Teddy.

When the horse first met them, he behaved very reservedly.

But then he got used to the dogs and began to constantly play and run with his new friends. 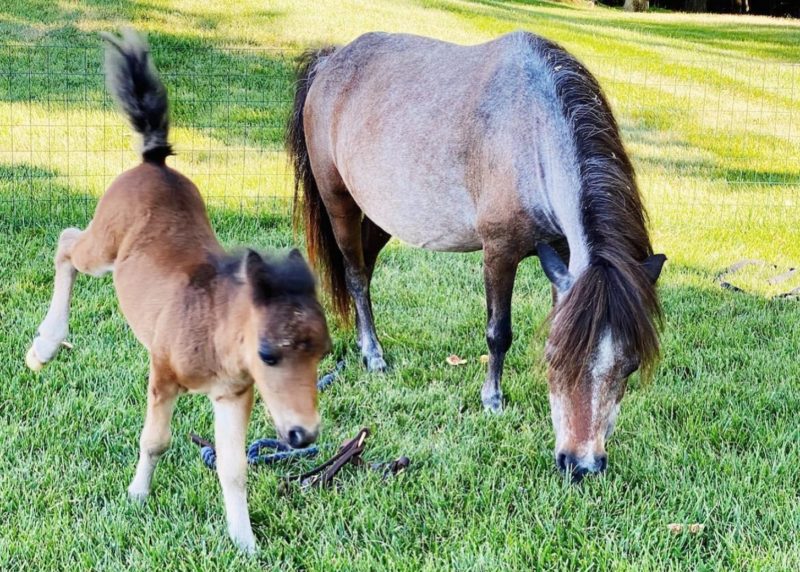 Over time, other horses began to understand that it was safe to approach Teddy, since Eleanor was no longer protecting him. And he became friends not only with dogs, but also with his relatives.