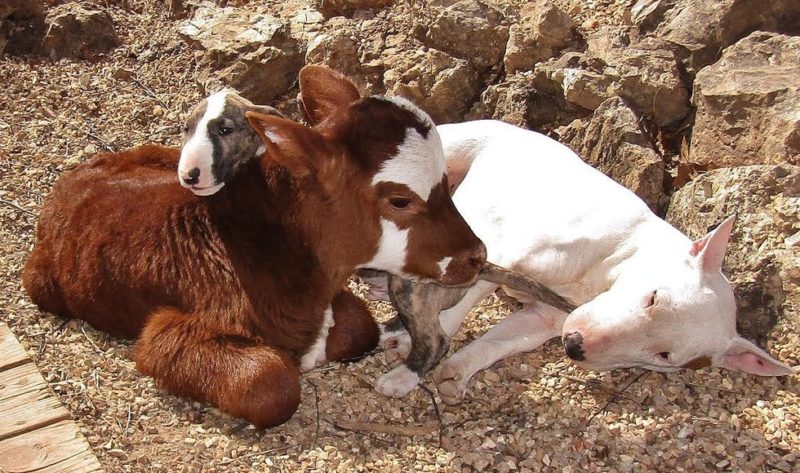 The mini cow named Moonpie has been living at the Rocky Ridge Refuge Rescue Farm in Arkansas.

Moonpie is a rather unusual cow, as her closest friends on the farm are 12 dogs. 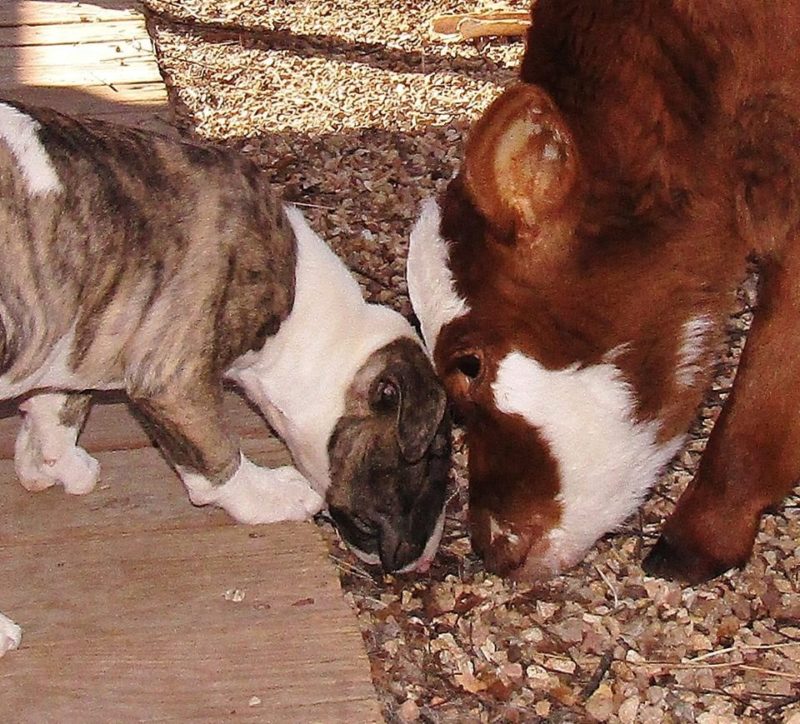 “She really considers them her buddies,” says Janice Wolf, founder of the shelter, “Maybe she just doesn’t know who she is and who she should be with, she just takes such things for granted.”

Moonpie came to the farm when she was bought at a livestock auction.

– These auctions are huge, millions of animals are bought and sold every day. And usually I don’t go to them because they drive me crazy. Many animals are kept there in inappropriate conditions. 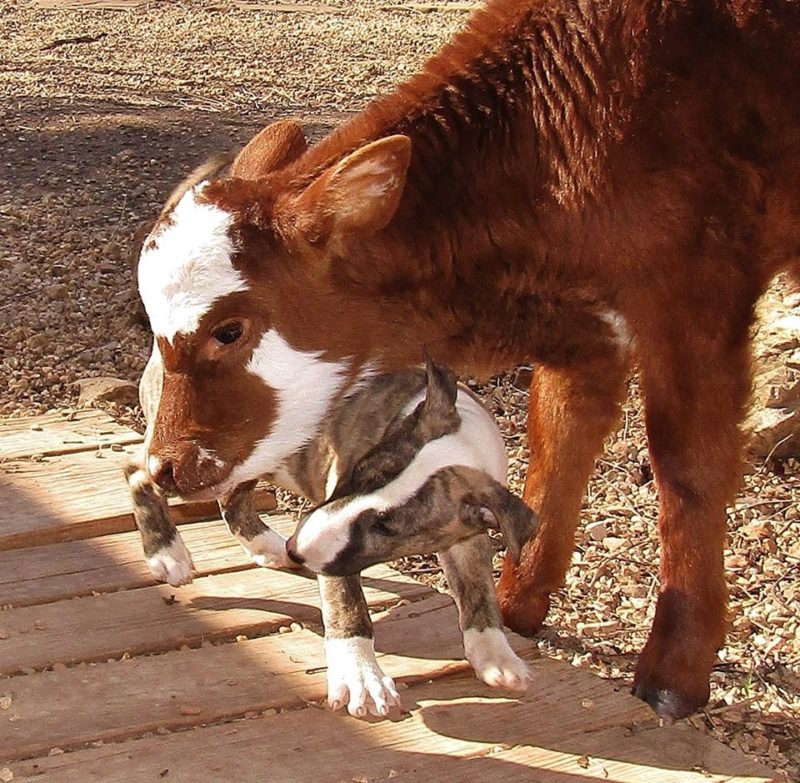 But an acquaintance of Janice Wolf once visited such an auction, and a little cow sunk into his soul.

She was very small compared to normal calves. And cows like this are not often seen at auctions.

The friend bought the mini cow and brought her to the Rocky Ridge Refuge. 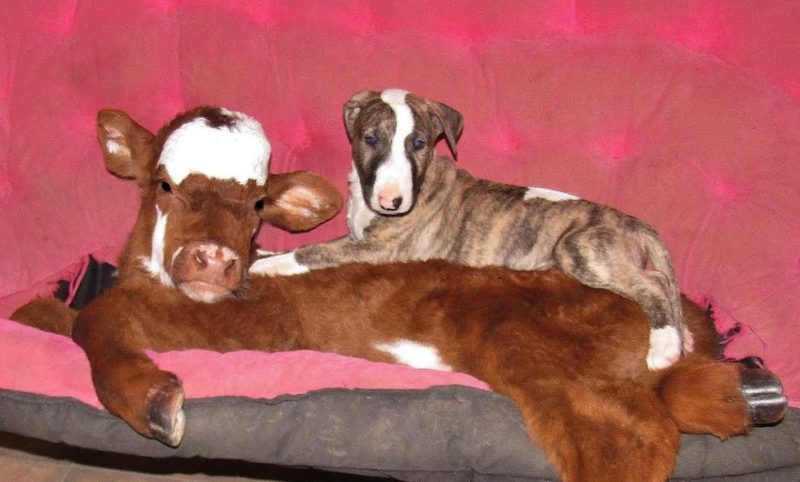 Moonpie is still so small that she needs to drink milk and is kept in the house, and not outside with other cows.

It was in the house that Moonpie met the dogs, which were also once rescued under different circumstances and brought to this farm.

Surprisingly, the cow made friends with a white bull terrier named Spackle the most. 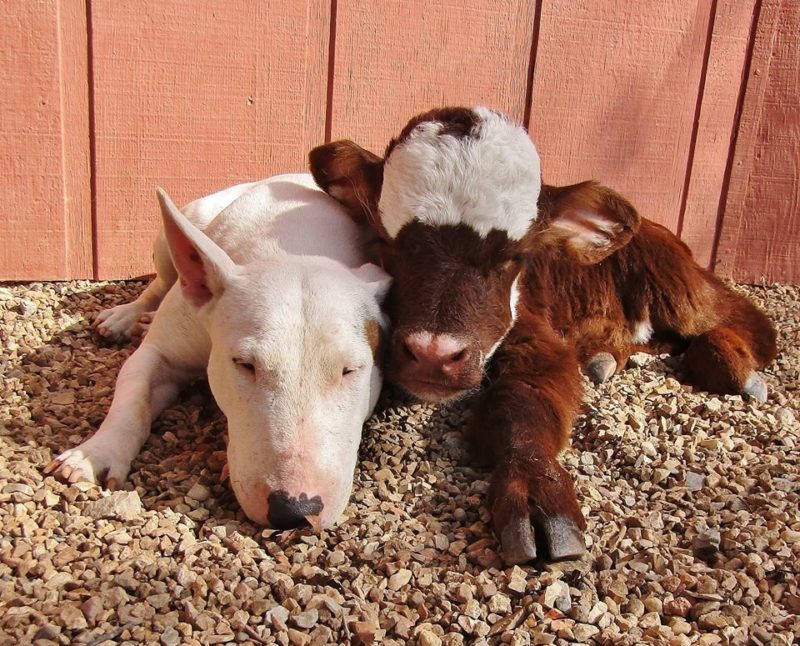 Spackle is a deaf dog and very kind.

She loves interacting with children and is immediately friendly towards Moonpie. Now she almost does not leave the cow, licks her, and they even sleep together.

– Dogs have become surrogate mothers for her, they lick her face as her own mother would do.

Moonpie spent six weeks in a house with dogs and probably decided that she was a dog too.

But recently she has been taken outside a little on sunny days and introduced to another rescued calf.

Wolf hopes that now Moonpie will understand that she is still a cow.

All of them got here under different circumstances, mostly they were saved from negligent owners who did not take good care of them.

The adorable trio of black-spotted horse, pony and dog who has identical look farm an extraordinary bond and  charm everyone
Animals
0 594

While the owners are not at home, their dog steals bread, hides it, but does not even eat a piece
Animals
0 414