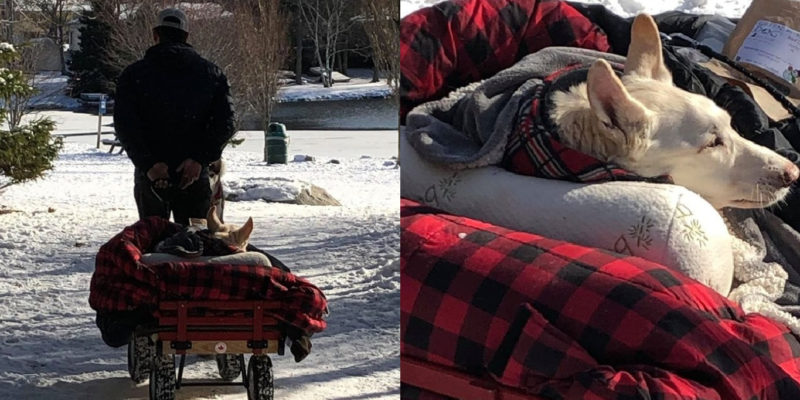 A young man named Brian Thompson will not soon forget what he saw!

What happened to him that day touched the guy to the core. 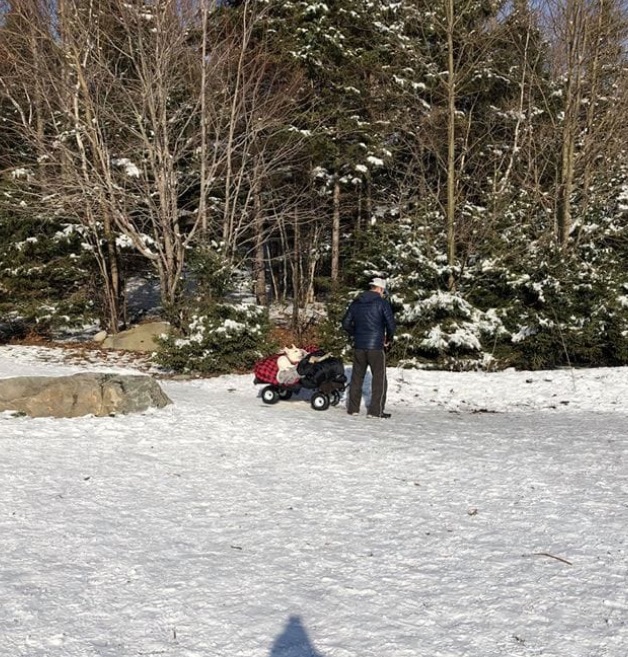 One cold winter day in Nova Scotia, Canada, Brian went for a walk in the local park.

He saw a stranger wheeling a cart down the street with a very valuable load for him.

In that cart, wrapped in warm blankets up to the very nose, there was a cute dog.

The young man talked to the man and learned that the pet had amyotrophic sclerosis (a disorder of the spinal cord that can lead to paralysis in dogs). 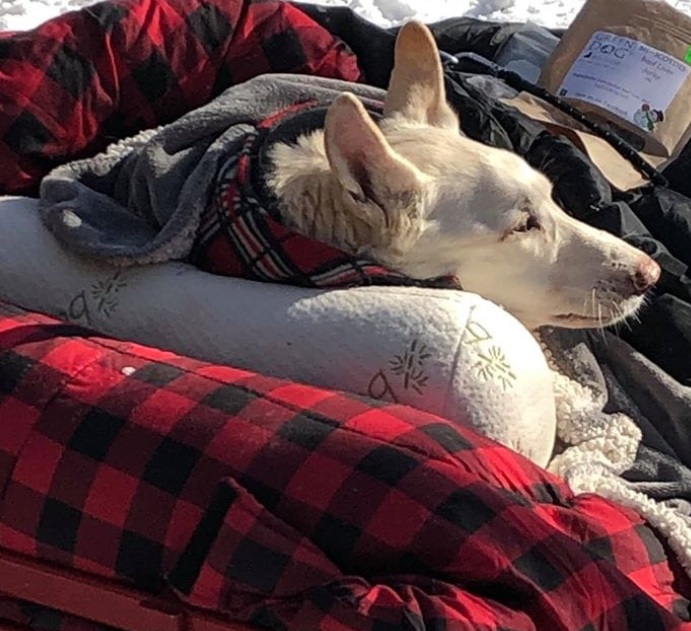 Because of this disease, the animal cannot move independently, but her walks still continue.

The owner adores his dog and, despite the condition of the poor thing, continues to take her outside, albeit in such an unusual way.

Brian was shocked by what he saw. He told the man that he was just a wonderful person. Because not everyone would do something like that for their dog.

Many will simply refuse a sick animal. The stranger replied to the guy: “If I got sick, my dog ​​would do the same for me!”

After saying this, the man rolled the cart with the sick dog further through the park. 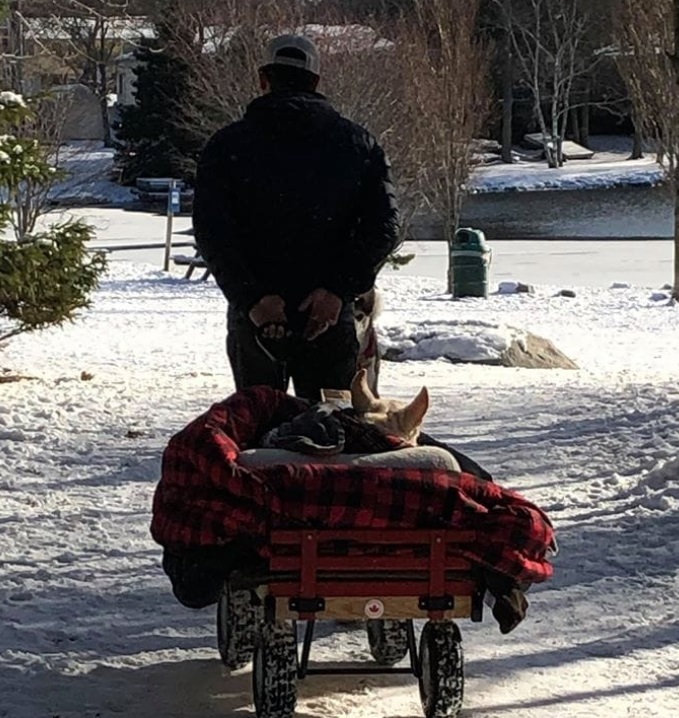 Brian watched as the couple slowly slipped out of sight. He thought for a long time about the endless love and mutual affection of a man for his beloved dog.

Brian shared this story on social media, and it quickly went viral.

We hope that the act of a man in relation to a pet will inspire many people not to abandon their animals in difficult times!

Four ears and a heart on the tummy: the cat with the unusual appearance conquers the social media
Animals
0 517