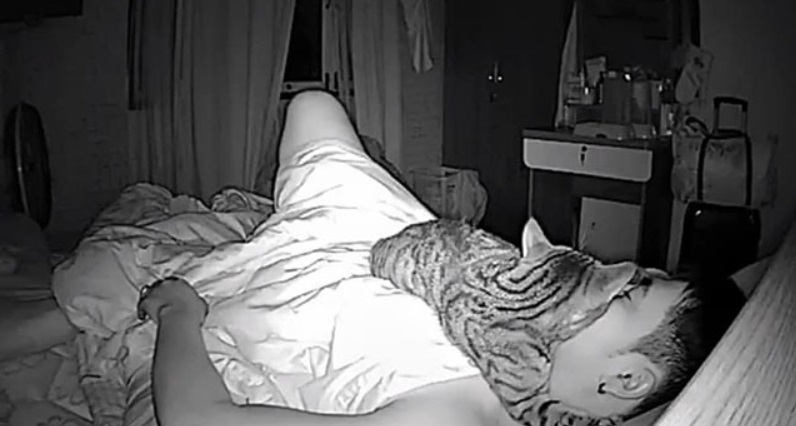 A resident of Thailand decided to install a camera in the room to follow his cat while he was not at home.

He hung the recorder in the corner, turned it on, and did not attach any importance to the fact that by default the camera records around the clock. 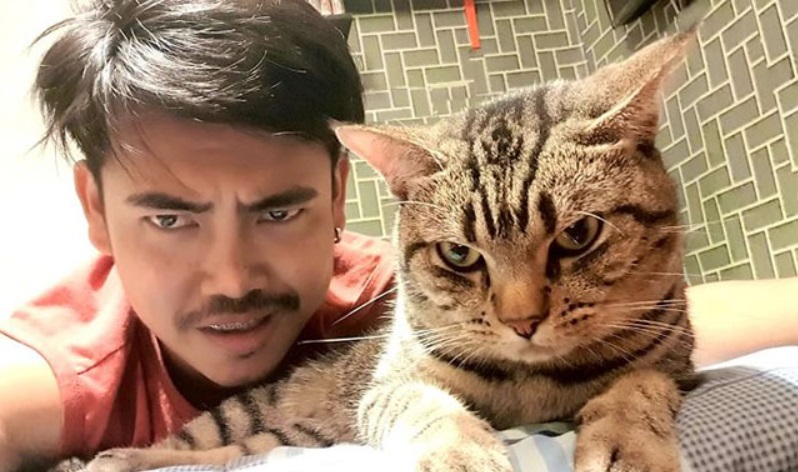 When he began to study the video, he was surprised to find that the cat does not sleep most of the time at night, but sits nearby and stares intently at the man’s face.

A Thai named Lomfoten picked up the cat on the street. He felt sorry for the thin, defenseless animal that was hiding on the street under parked cars.

With difficulty, he lured the cat out from under the car and, after feeding it, took it home.

Of course, the behavior of such a pet is different from the usual one. The street cat was shy, because his past life was never easy. 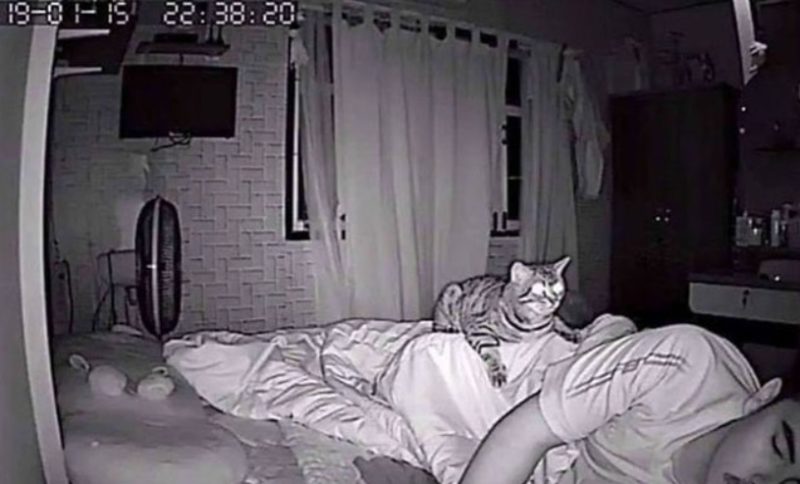 Then the man decided to put a camera in order to see his home inhabitant when he himself is not at home.

During the day, the cat tried to stay in closed spaces. But then he gradually began to get used to it and walk more boldly around the room. But at night his behavior radically changed.

As soon as the man fell asleep, the cat climbed next to the sofa and looked at the owner for hours.

Lomfoten noticed that even in the daytime, when he is resting at home, the cat is not averse to nestling next to him and watching. 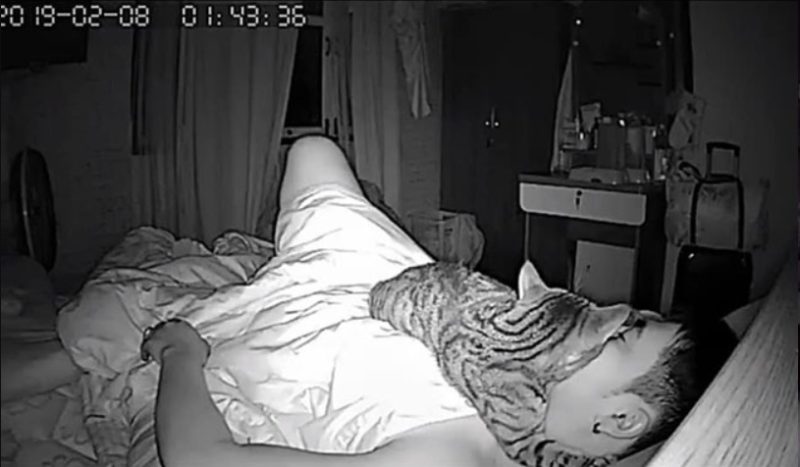 One day he downloaded a video and saw that the cat was sitting right on his head.

The man immediately realized that the cat thus expresses gratitude and does not want to stray far from his owner, even when he is sleeping.

Lomfoten decided not to scold his tailed friend for misconduct. In the end, even if the cat does something wrong, it does not do it on purpose.

Pigcasso: a pig saved from a slaughterhouse has become a world-famous artist
Interesting News
0 142

“Too tall to walk”: the tallest girl in the world shares the difficulties of her life
Interesting News
0 88