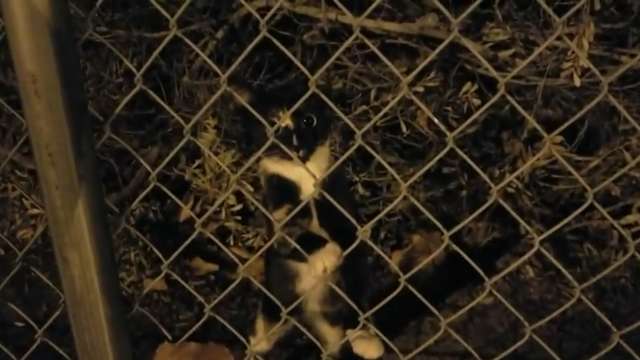 Brandon Lesky works the night shift at a TV studio. He and others at the studio began spotting a stray cat in the parking lot with two teenage kittens.

The cat and two kittens were spinning near the building, but then the cat and one kitten disappeared somewhere, and the second kitten remained.

The cat, named Momo by the staff, looked so hungry and pitiful as she wandered around the building alone that people began to feed her little by little. 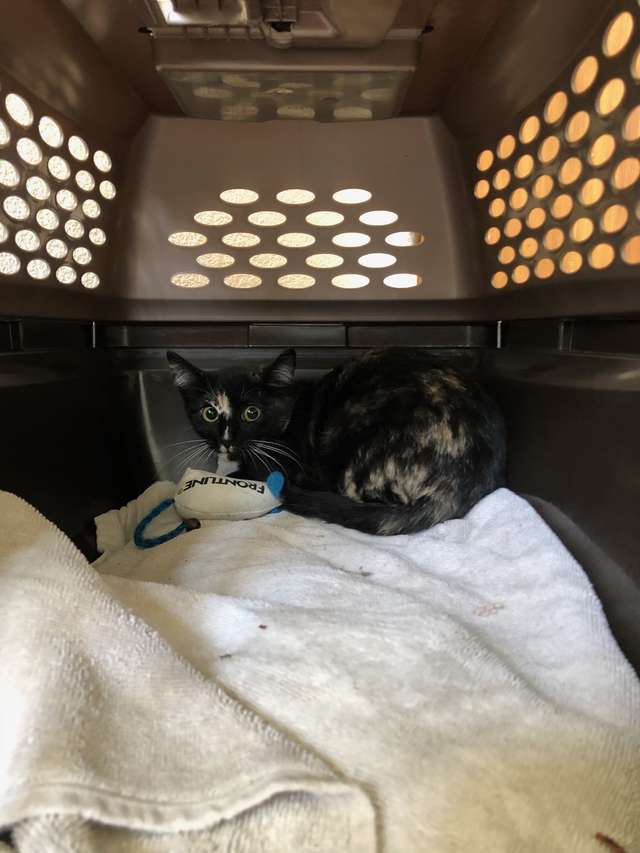 At the same time, the cat was very cautious. She kept her distance from people and approached food only when people left at a sufficient distance.

After that, she greedily pounced on food. Apparently, she was very hungry.

Gradually, Brandon turned out to be the one who most often came to feed Momo and the kitty began to trust him and let him get closer.

But she was still afraid of the man and did not allow him to pet her. 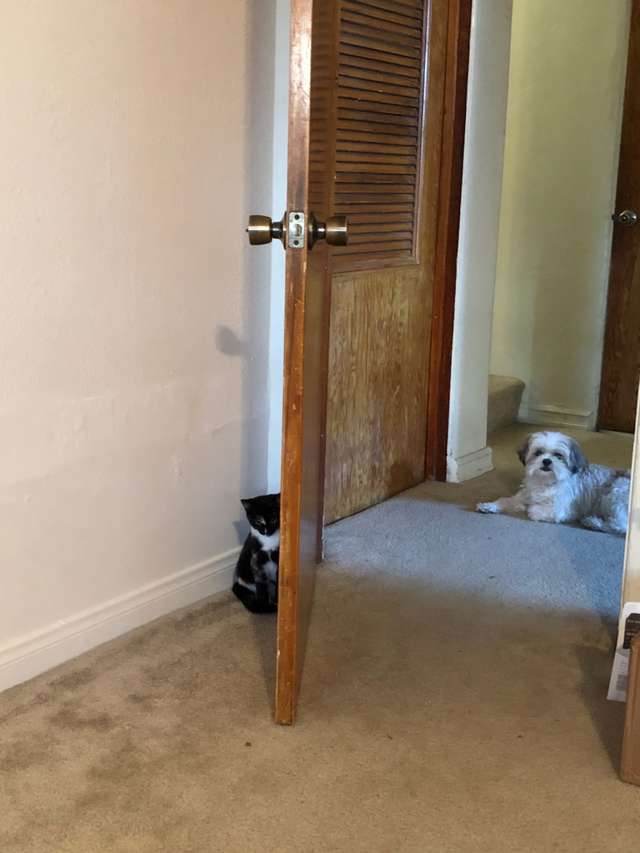 And then someone from the authorities found out about the cat and all the employees were sent a notice “immediately stop feeding the street animal”, as “it can be dangerous to health.”

Brandon Lesky by that time had completely fallen in love with Momo. And after this notification, he began to think about how to catch the cat and take it home.

He bought a cat trap from the store and soon Momo got caught in it and Brian took her to his apartment.

In the new place for Momo, everything was unfamiliar and frightened her, and Brian himself and especially his dog. 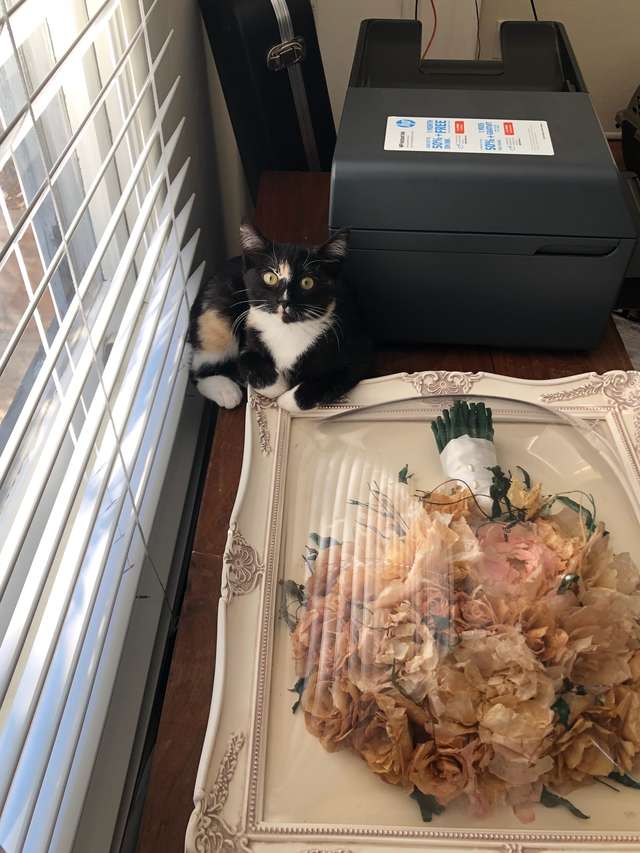 When the man released Momo from the trap, the cat climbed under the bedside table and began to hiss at everyone who approached her.

Brian realized that the cat needed time to get used to and did not bother her in vain, leaving her to decide what to do next.

“It seems that she really wants to start trusting people, but something stops her all the time. She does not look injured, but I think that she had a very bad experience with people in the past,” says Brandon.

After a few days, Momo gradually got used to the new environment and began to crawl out from under the nightstand and explore the rooms. Every day she grew bolder.

“She is still very shy now. But you can already touch her, and she will purr in response. And you can already see her character. She turned out to be a rather lazy cat, she scratches the scratching post, plays with toys, but otherwise loves to sleep on the blanket.”

Meet Milka “The Dog From The Balcony”, which got so popular that she became a tourist attraction
Animals
0 224