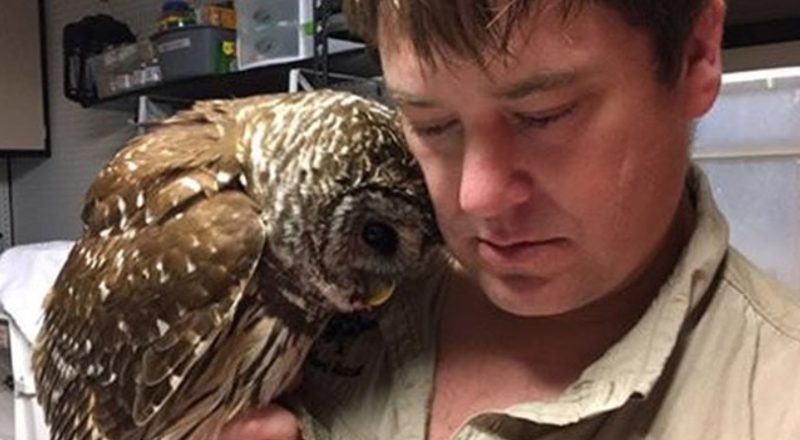 The Virginia Owl was taken to the vet in a serious condition, but Douglas Podzecki managed to get her back on the wing.

Then the man had to leave on business. 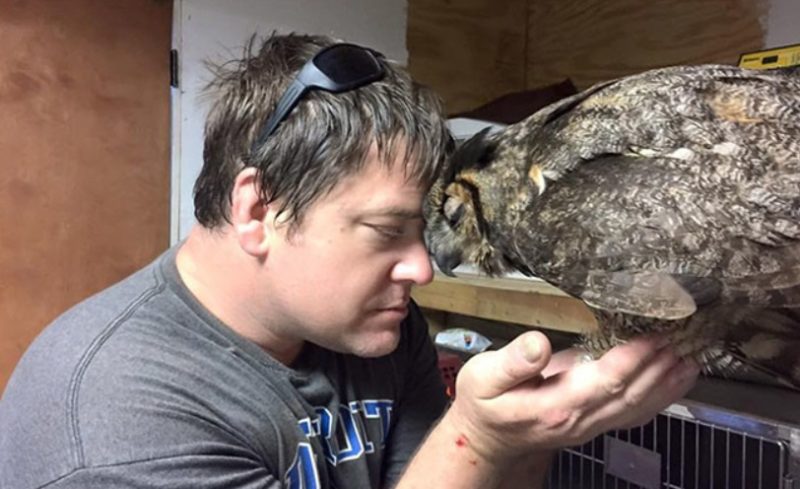 He returned to the reserve a few months later, and literally a minute later the same bird flew to him and hugged him with wings, and the center staff filmed the whole situation.

Douglas Podzecki is known as one of the chief avian veterinarians at the Wild at Heart Rescue Volunteer Center in Mississippi.

The employees of the center have long nicknamed Douglas the “Bird Whisperer”. The man, in fact, is not only well versed in birds, but also knows how to establish trusting relationships with them. 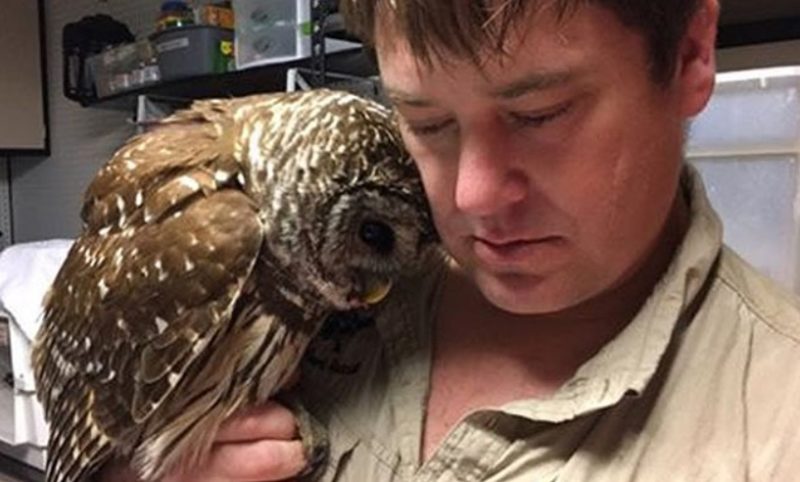 Owl Gigi, a young Virginian eagle owl, came to the center in a very serious condition.

There was almost no hope, but Douglas managed to do the incredible and the owl learned to fly again.

She was imbued with trust in people and remained to live on the territory of a small reserve adjacent to the building of the center.

Gigi often visited Douglas, but one day the man had to leave on business. 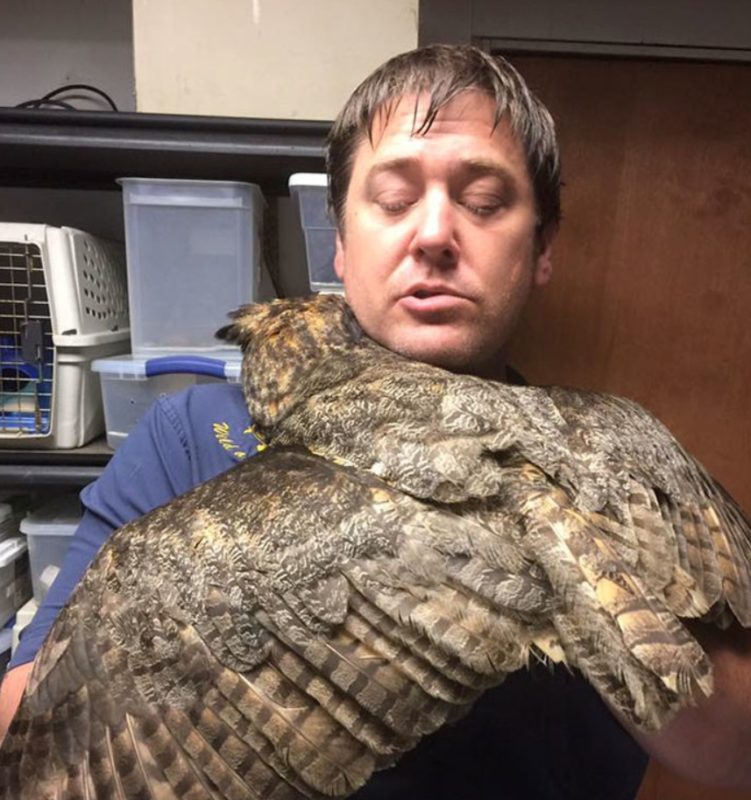 The vet returned a few months later and almost immediately an owl flew in through the open window. According to the staff of the center, Gigi danced on the table, and then literally hugged Douglas with her wings:

Sooner or later, the owl will fly away to other hunting grounds. But the bird will always remember its savior.

Meet 13-year-old boy with a unique look: he has some of the longest eyelashes in the world
Interesting News
0 87