Such an act was able to tickle the nerves of the Internet community. Because no one expected this from Eugene Bozzi. 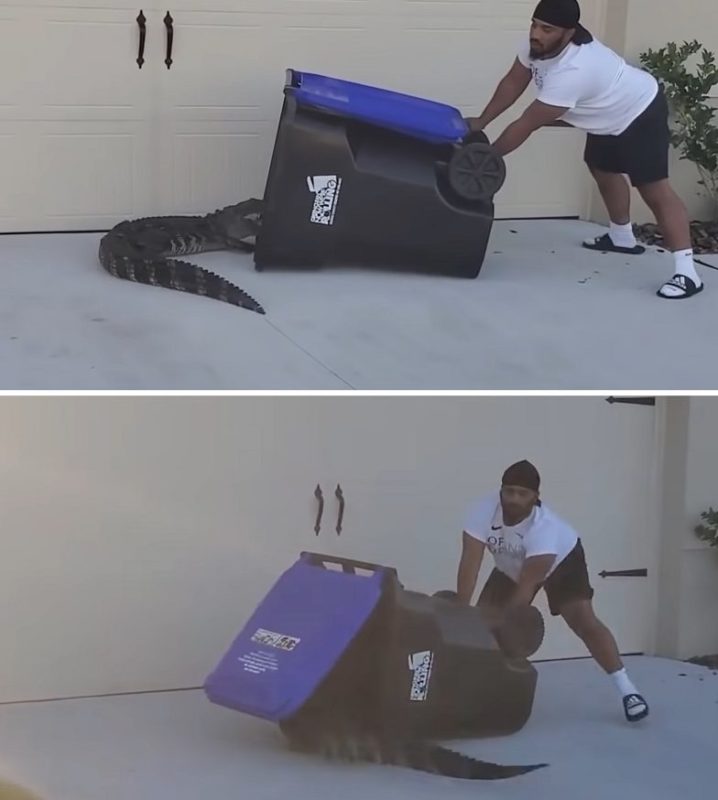 A few days ago, a video appeared on the network in which a man catches an alligator in a trash can.

In just the first day, more than 5,000,000 people watched the video. And Eugene Bozzi became a local hero.

In just a couple of minutes, a Florida resident managed to lure a huge reptile into a dumpster so that he would not enter a neighbor’s house.

After the alligator was sealed in a tank, Eugene drove it to a nearby pond on his own, where he freed the intruder.

“I took a dumpster so that the alligator would think that the mouth of a hippo was moving towards it. It even seemed to me that at some point he was more afraid than I was.”

After the publication of the video, the Internet community was delighted with the act of the young man. Some have even compared him to famed naturalist Steve Irwin. 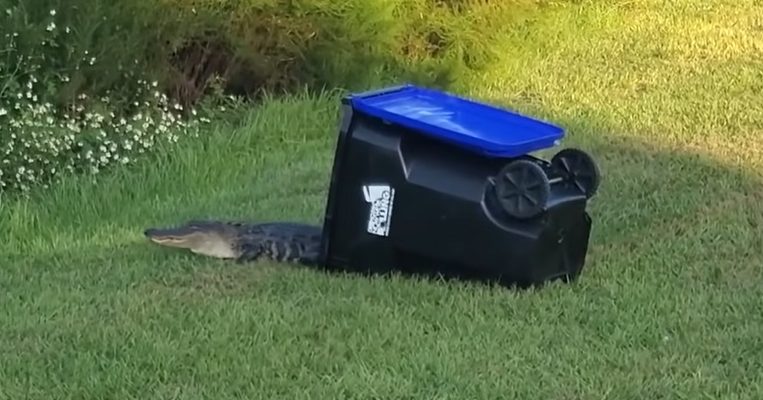 Despite the positive reviews, Eugene Bozzi himself does not consider himself a hero.

“I just did what I felt was right. I myself became much calmer when the reptile was sealed and no one was in danger.”

Rae, an adorable Golden Retriever, with one floppy “unicorn” ear and a very unique look has become an internet sensation
Animals
0 9832