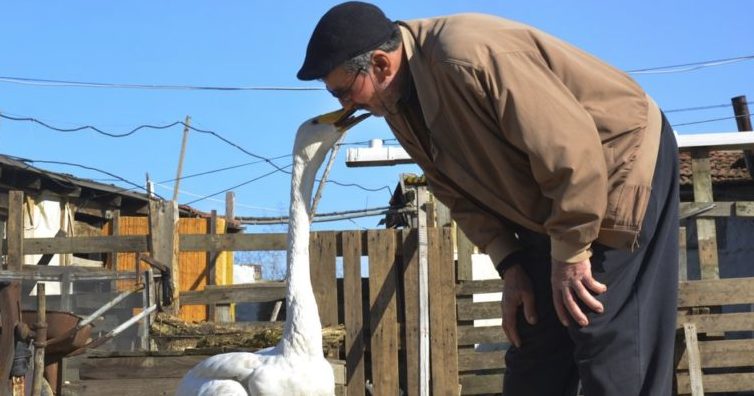 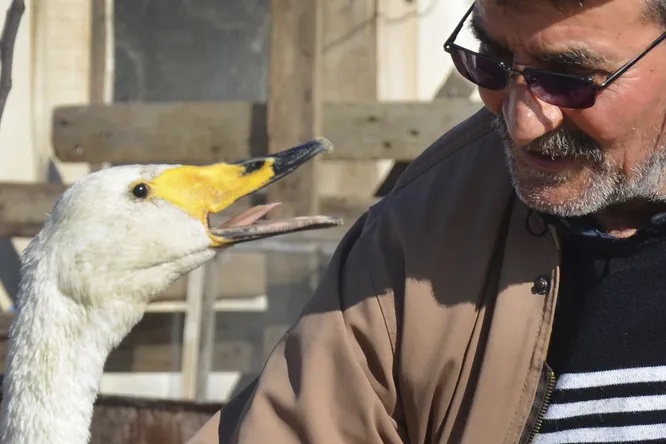 The former postman was traveling with friends in the Turkish province of Edirne when he spotted a bird with a broken wing in a field.

Recep hurried to pick up the poor creature before she was attacked by predators.

The swan spent the whole day in the car of her savior, and in the evening he took her home to a farm in Karaagac. 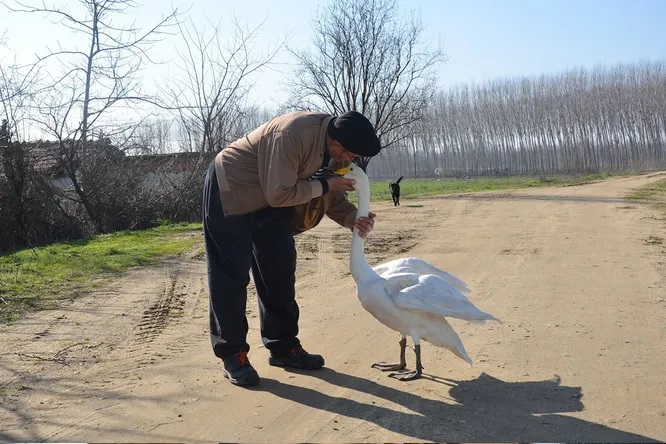 The man himself treated and nursed the bird, and later settled it in the yard.

Because of the fracture, it was no longer possible to release it into the wild.

And his ward did not make any attempts to fly away.

Having recovered, the swan began to spend all the time next to her savior.

She followed him while he worked on the farm during the day, and accompanied him on walks in the evenings.

According to Recep, he loves animals and would never leave a wounded bird to be eaten by foxes.

Over the years of friendship, the man became very attached to his ward, whom he named Garip. 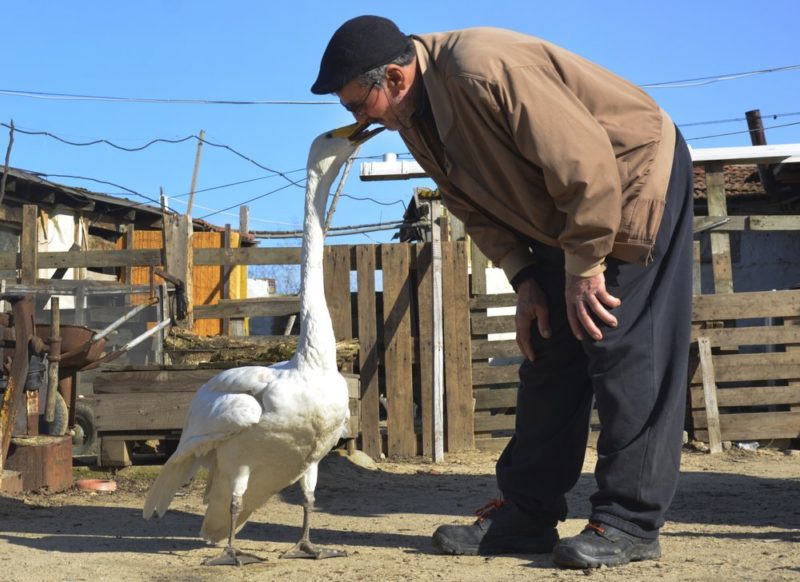 This word is translated from Turkish as “weird”, but it can also be translated as someone who is not lucky.

Garip turned out to be a friendly and sociable bird.

She quickly found a common language with cats and dogs and was never attacked by them.

The swan never tried to run away from the farm, as if resigned to her situation and accepting a new fate. 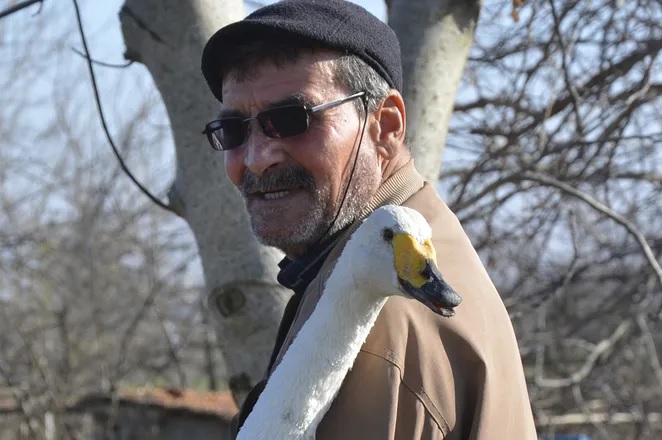 And for the widower Recep, who has no wife or children, she replaced the family.

A well-fed life on the farm benefits Garip.

According to the Royal Society for the Protection of Birds, in a safe environment, swans can live up to 30 years, while in the wild, their average lifespan does not exceed 12 years.

Marie, the kitten from Spain that looks like a panda, is thriving after being found in a box
Animals
0 197