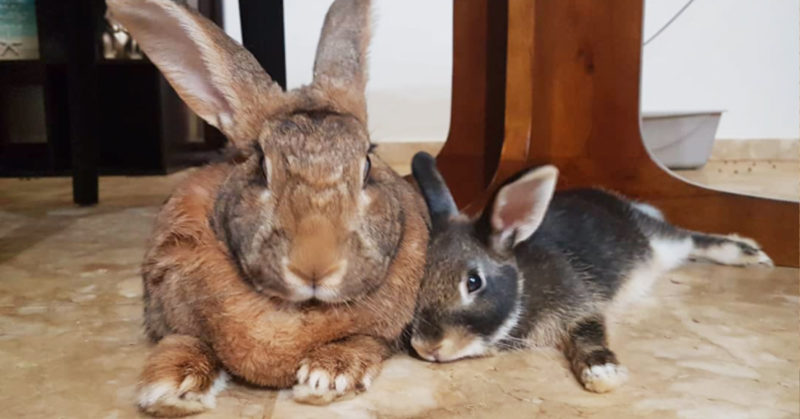 Love not only knows no age, but also no size.

This was proved by a dwarf rabbit named Romeo, weighing less than 4 pounds, having found a life mate in the form of a huge Flemish rabbit Lily Sunshine, weighing more than 16 pounds. 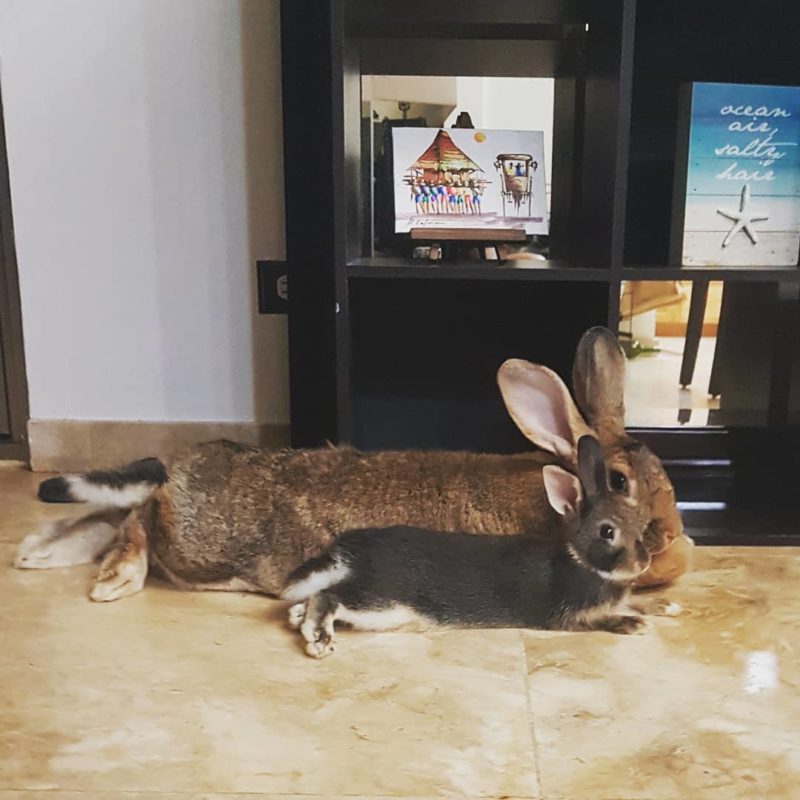 Romeo and Lily live in the Covelli family and have become popular thanks to their Instagram.

According to the owners of the rabbits, Romeo and Lily spend most of their time together and also sleep snuggled up to each other. 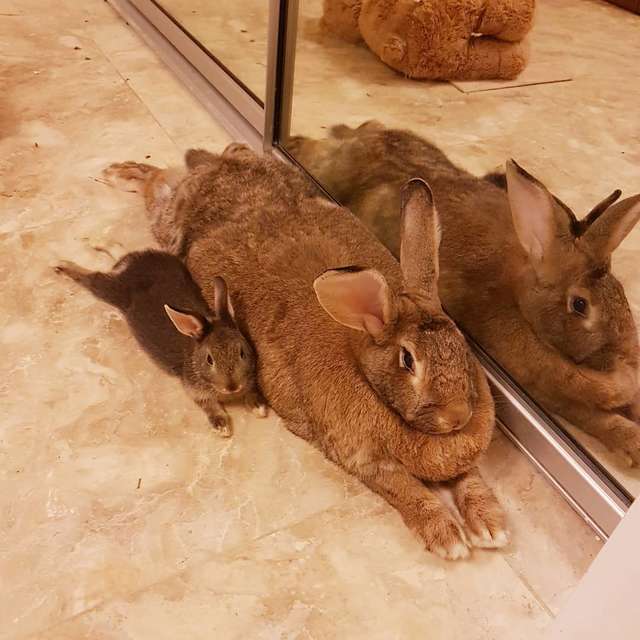 “Everyone who sees Lily is at first surprised by her large size, but when they see Romeo next to her, they are even more amazed.” Sarah Covelli says

Lily appeared in the Covelli family first, and they got Romeo more recently.

Lily is a very calm and balanced young lady and generously treats attention from Romeo, allowing Romeo to sleep next to her and tag along with her. 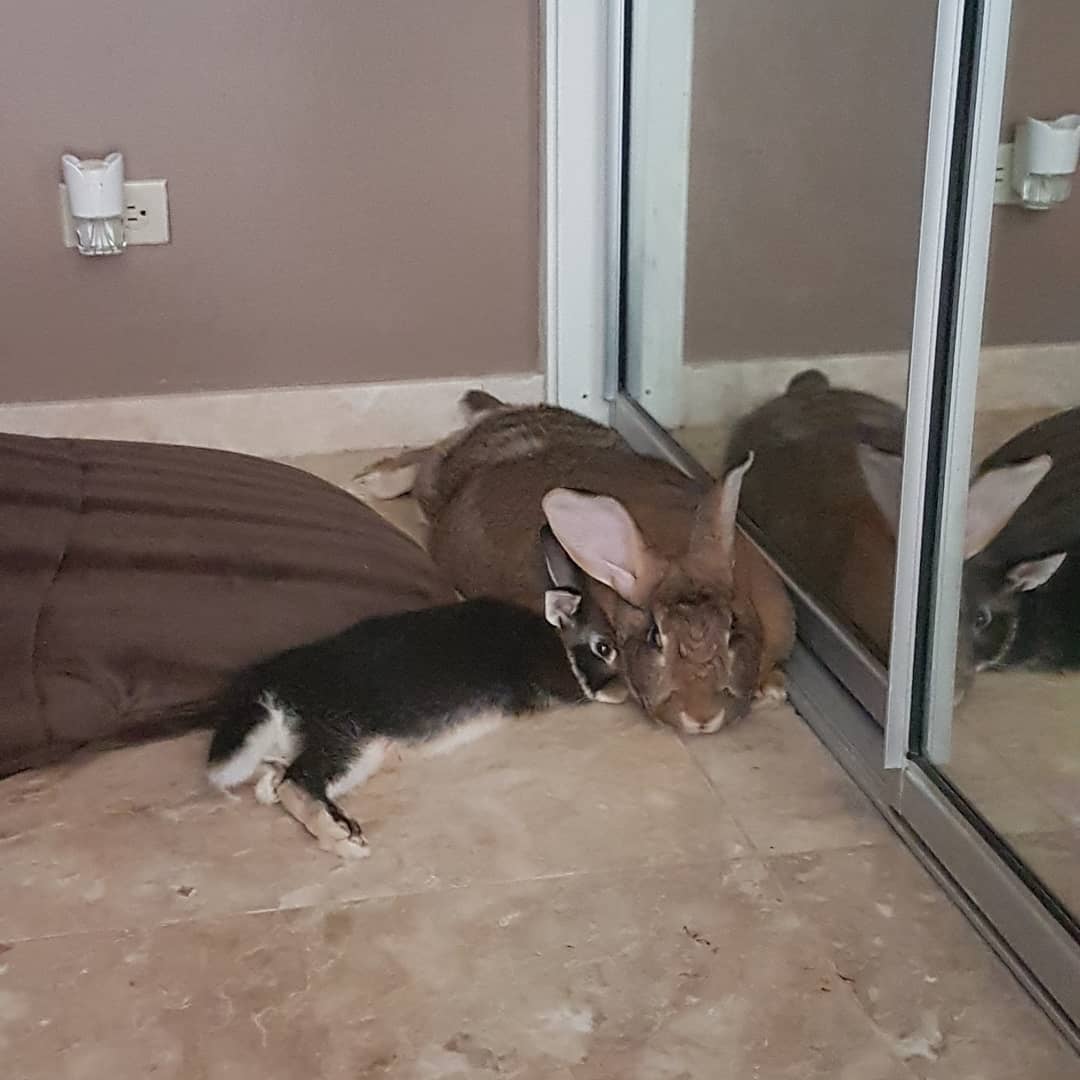 Romeo, on the contrary, is very smart and loves to run and jump everywhere.

At the same time, he feels completely fearless, and if something scares him, he runs under the protection of Lily. 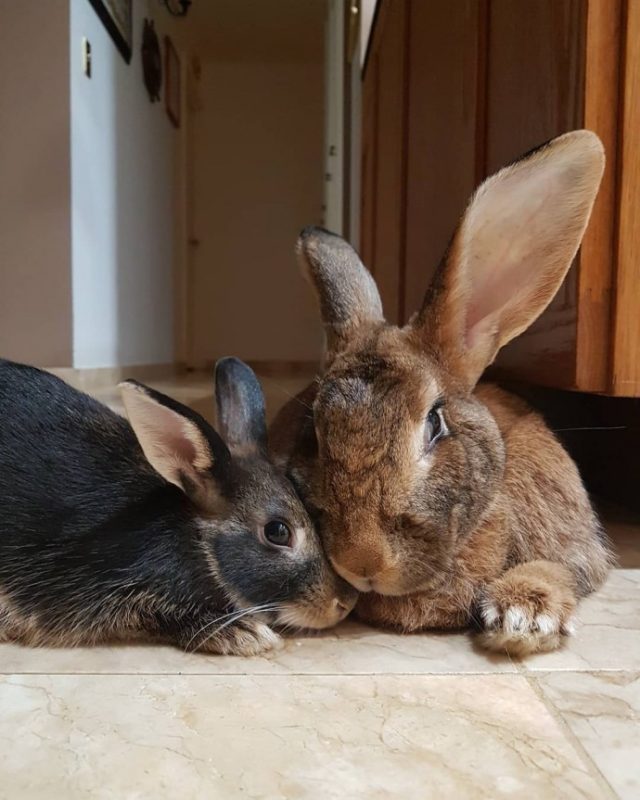 About whether to expect offspring from Romeo and Lily, the owner of the rabbits has not yet said anything.

Woman lost 100kg and turned into a real Barbie, as she had dreamed of since childhood
Interesting News
0 52