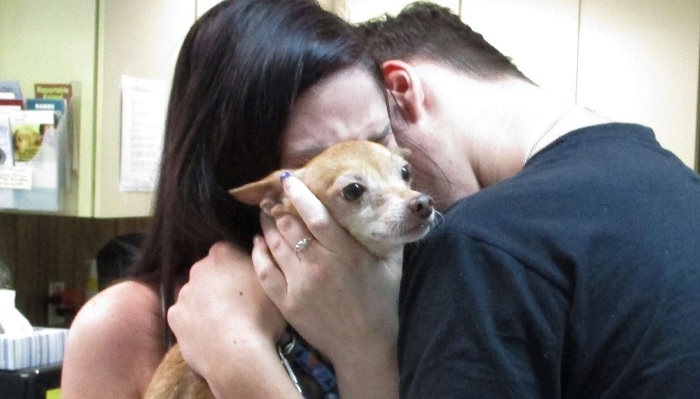 A tiny, very thin Chihuahua puppy wandered around the town.

And it is not known what would have happened to him later, if not for the kind heart of a passer-by, who realized that the dog needs help.

The puppy ran up to the man, making it clear that he needed help.

He was very happy to meet the man and obviously hoped to be helped.

The man took the puppy in his arms and took it to the shelter, guessing that the Chihuahua was lost. 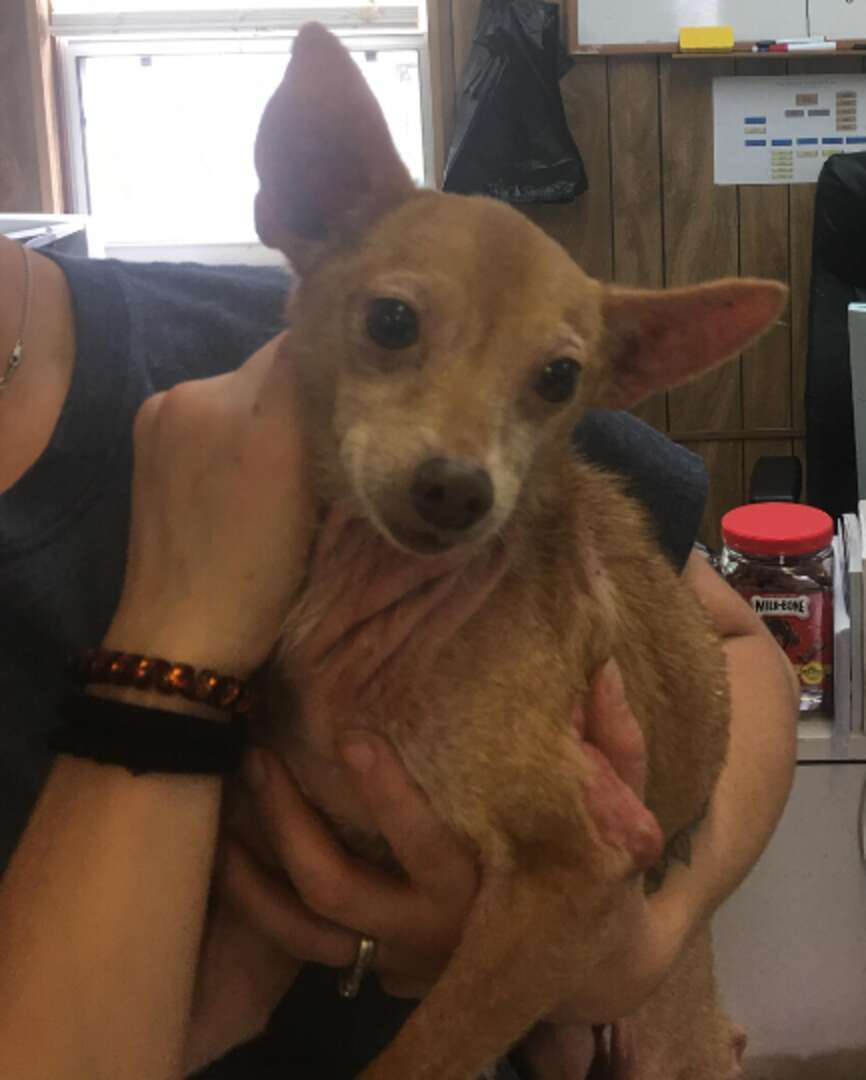 He was very emaciated, but friendly and outgoing.

The shelter employees immediately checked the presence of the microchip, and it was in place, which meant that the dog was lost, and it was necessary to find the owners.

It turned out that the dog’s name is Alex.

The staff of the shelter immediately contacted his owners and heard an amazing story. 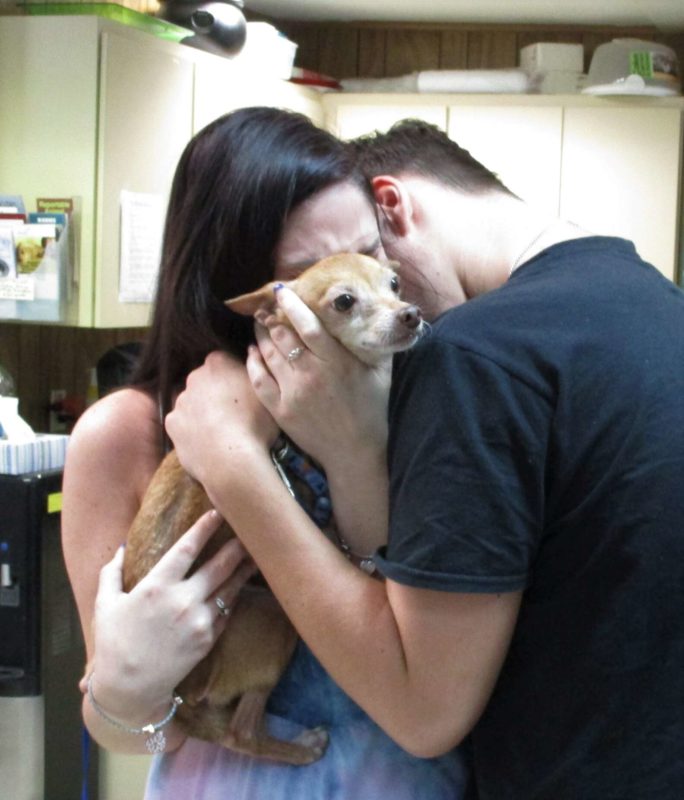 It turned out that the owners lived over 225 miles from the place where Alex was found, and he was lost six years ago.

He got to the spouses as a two-month-old baby. He was raised by the owners and the adult dog Thunder.

But when Thunder was sent to temporarily stay with the grandmother, Alex began to miss him, dug a hole near the fence and ran away. Surely he was going to look for a friend.

The family was very worried and looked for their beloved dog, wherever possible, and prayed that he would return safe and sound. 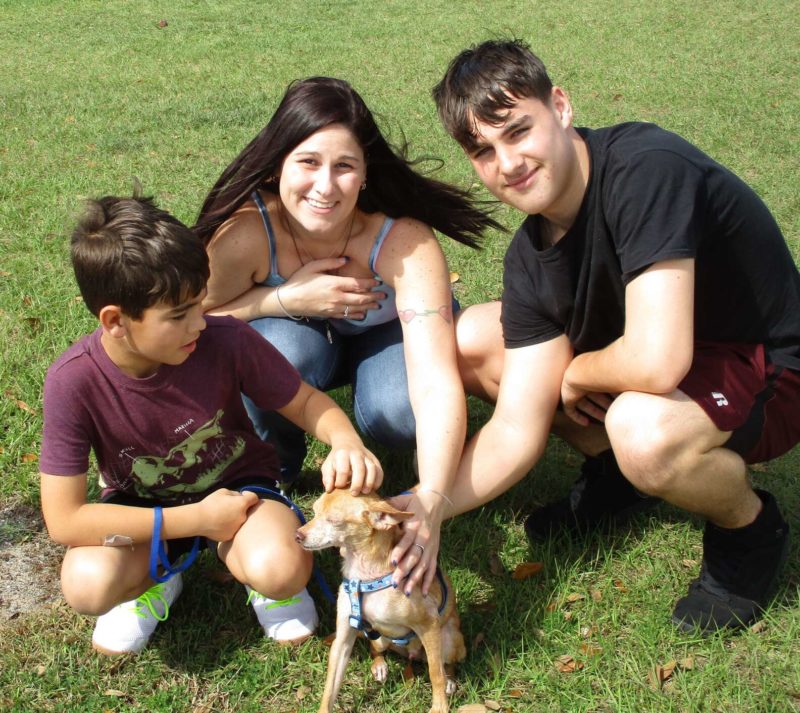 However, time passed, and Alex was not found.

There was less and less hope, as time passed, and the search did not lead to anything.

However, on an autumn evening the phone rang in the house. They found Alex, but no one knew where he was for six long years.

The spouses were very worried and did not know how the pet might react at the sight of them. Because they had not seen each other for so long.

But the dog remembered his family immediately and, not hiding his joy, rushed to them.