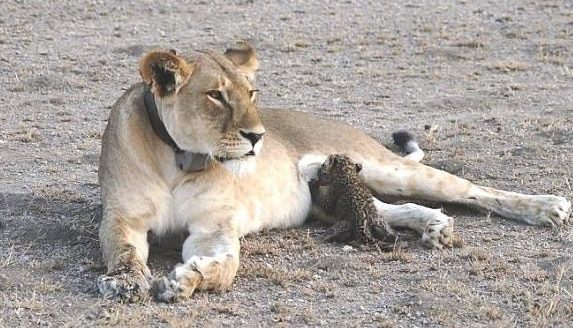 A lioness from a nature reserve in Tanzania has adopted a tiny baby leopard. This incredible natural event, when one species of cat cares for another, was captured for the first time. 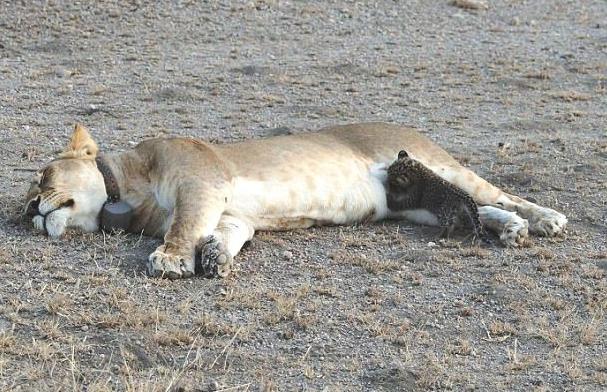 A visitor to the Ngorongoro Reserve in Tanzania noticed this amazing sight, when a five-year-old lioness named Nosikitok feeds a small leopard.

Nosikitok is already raising three kittens of her own, about the same age as the new spotted baby she found somewhere. All cubs are two to three weeks old.

“This is truly a unique phenomenon,” said Dr. Luke Hunter from the animal protection organization Panthera, which monitors the life of wild cats.

“I have never seen anything like this between two kinds of big cats. We know cases when lions take other lion cubs under guardianship… But this case is unprecedented,” he says.

Usually in nature, an adult lion sees rivals in the cubs of another cat, so they most often deal with them.

A lioness wearing a GPS-enabled collar has found a small leopard a kilometer from her own den.

As lion experts noted, the fact that the female at that time had a very high level of maternal hormones played a role – she was driven by the desire to take care of the baby, because lionesses are excellent protectors.

Keepers of the reserve say that a female leopard lives nearby, which also has babies, so they believe that it would be better and safer for a cub that accidentally nestled with a lioness to return to its mother. 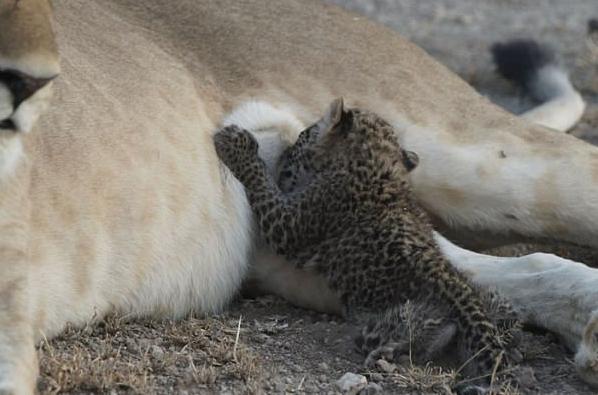 It is not yet clear how long the lioness will take care of someone else’s cub.

In addition, after a year and a half, the little leopard will become more independent and, most likely, will return to the behavior inherent in leopards.

Hunter says that he and his team will be watching developments with great interest: “This is a unique moment, it will be incredibly interesting to see how it all ends. Nature is unpredictable. Until this week, we would never have said it was possible. And here it is – in front of us!