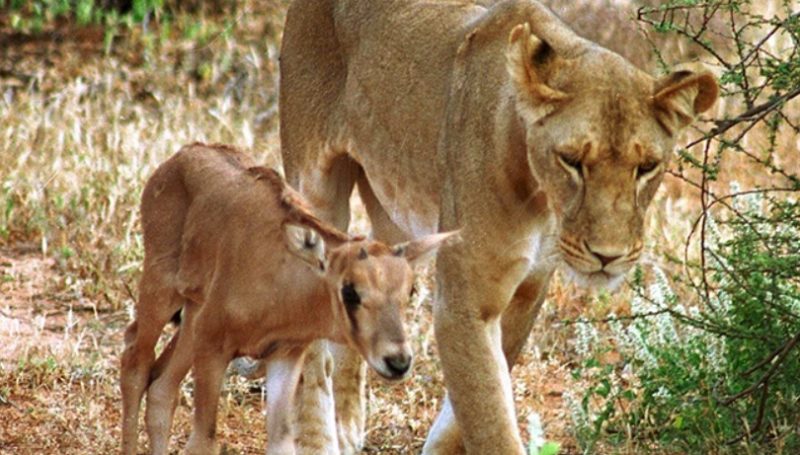 In the middle of the Savannah, the lioness saw an easy prey, a small lost antelope.

The local guides were just watching the situation. But they were also surprised by the further development of events. 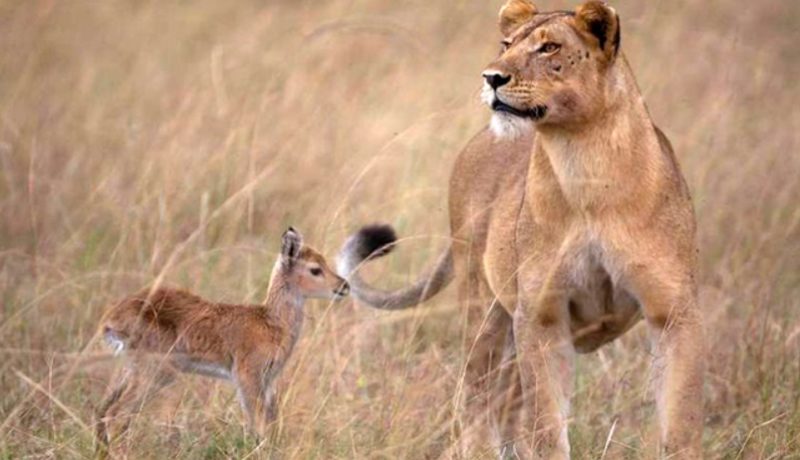 Instead of the usual hunt, the lioness led the tiny antelope back to the herd: in the video, it looks like the predator is teaching her not to stray far from adults.

The unusual incident was filmed by the guides of the Serengeti National Park in Tanzania.

Initially, people stopped to capture another hunt of a lioness – they saw from afar how a wildebeest foal, confused, comes out of the thickets directly to the predator.

The foal was so inexperienced that he was not afraid of the smell of a lion. The antelope came close to the obviously bewildered lioness, and for some time she tried to figure out what to do next. 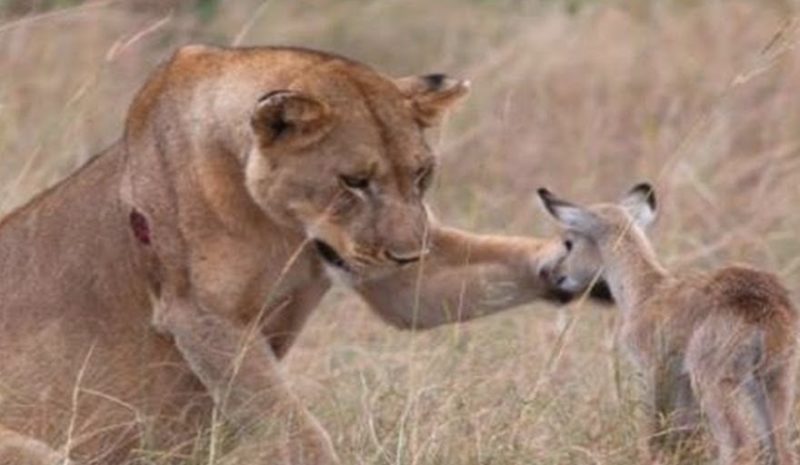 Lions are versatile hypercarnivores. Their diet consists of more than 70% meat, and usually they are unaware of such doubts. However, this lioness may have recently completed a successful hunt and therefore was not hungry.

Animal rights activists suggest that the maternal instinct prevailed over the hunting instinct in this case.

“About 10 years ago, in our park, another lioness took an antelope foal under her protection, so this is not an isolated case,” one of the representatives of the Serengeti explained to reporters.

As a result, the lioness simply took the foal closer to the herd and left.

The little antelope was lucky. A male lion would behave differently.