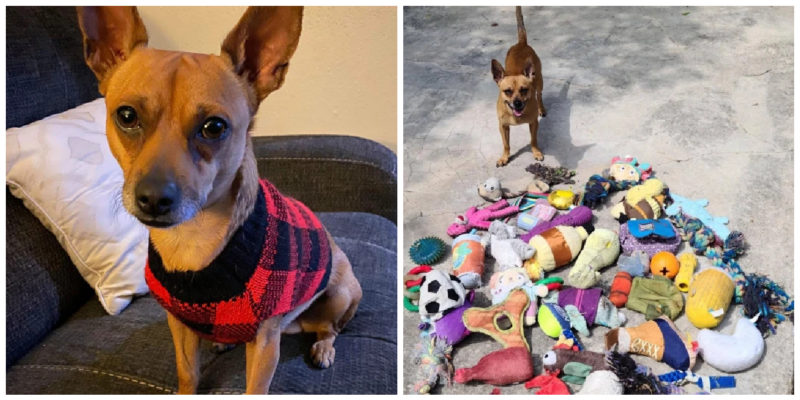 A few days ago, 34-year-old Texas resident Courtney Lyle made a shocking discovery when she found hundreds of other people’s toys in the garden.

It turned out that her three-year-old chihuahua Frank only behaved like a good boy in front of her, and he quietly robbed the gullible neighbors’ dogs. 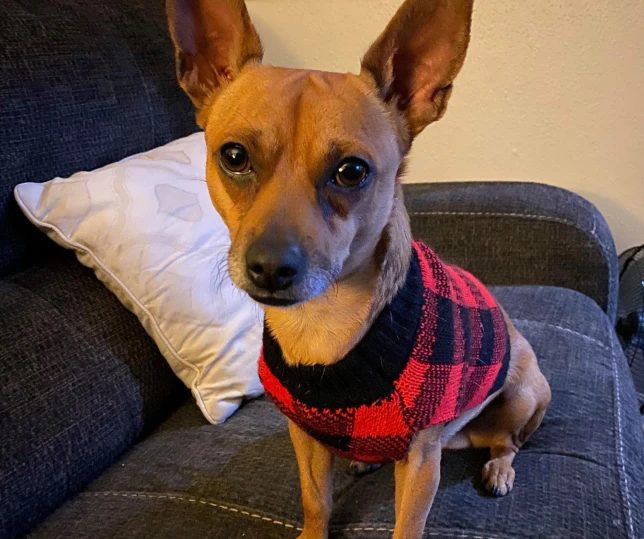 It is not known how much longer this would have continued if Courtney had not decided to cut the lawn and did not find out about the secret life of her pet.

Toys were everywhere – in the bushes, in a muddy puddle, and even on a tree.

The shocked woman decided to record this incident for the family archive and photographed Frank next to a decent pile of physical evidence.

But this sly one did not show a shadow of regret, but, on the contrary, grimaced a self-satisfied smile.

No one expected such behavior from a Chihuahua, because Frank is actually a serious dog, a service dog helping George the German Shepherd. 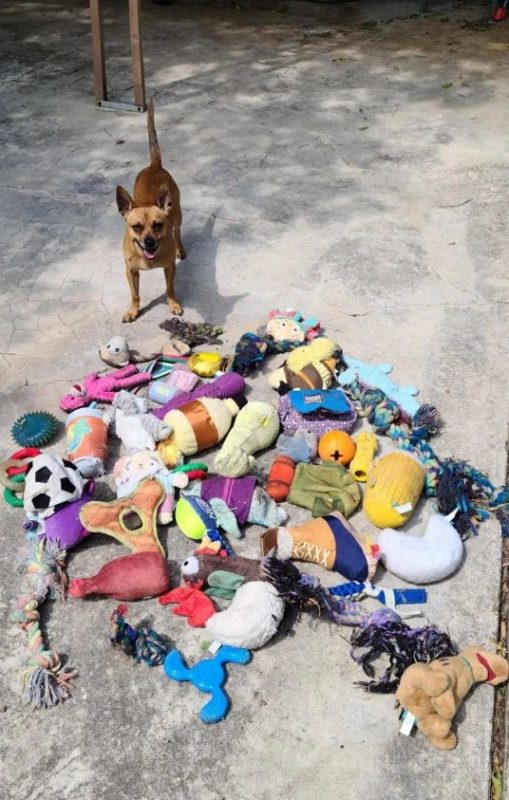 Yes, and with another pet – Labrador Gary – he gets along well. However, this friendship did not prevent the enterprising thief from carrying toys from his “brothers”.

Only now, Courtney realized where they had been disappearing for months!

The woman shared a photo of a satisfied Frank next to a pile of loot on Facebook. 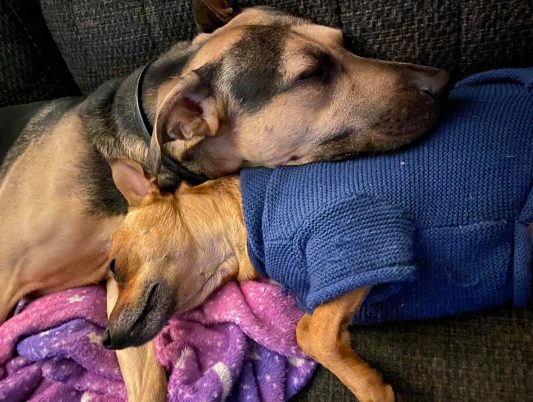 The picture immediately attracted the attention of followers who laughed at the funny dog ​​and asked Courtney not to strictly punish the pet.

“Yes, he’s just playing hide and seek with them”, “Look how proudly he poses with the results of his work”, “See this smile? It says that he knows perfectly well that you have no evidence against him. You won’t go to court with this!” Users wrote.

The bear cub was not able to catch up with his mother and siblings, fortunately, his life was saved by the brave policeman
Animals
0 866
Our Top Posts