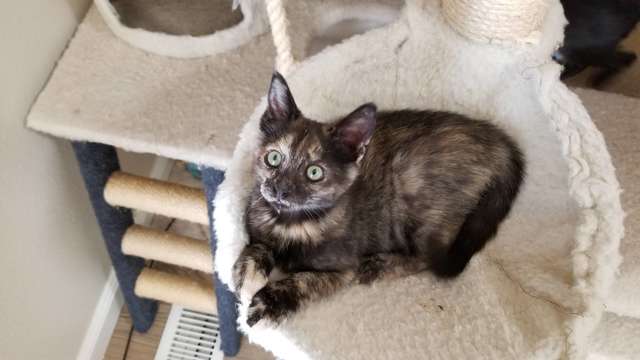 A husband and wife from Idaho already had one cat at home, but then decided they needed a second one.

To choose a kitten, they came to Happy Jack Cats, Inc. 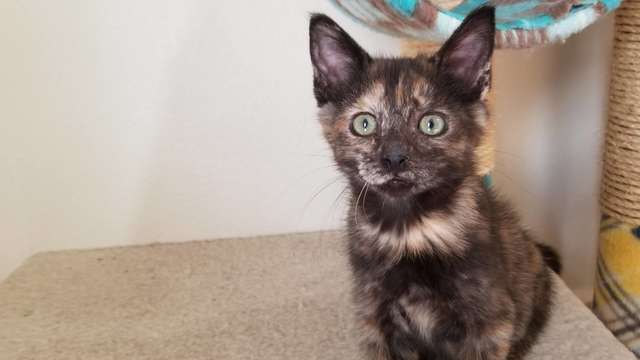 Manager Emily Sullivan showed them three kittens that were recently brought in from the suburbs after they were found near the body of a mother cat that was hit by a car.

The kittens were named Artemis, Hercules and Apollo.

“When we entered their room, the kittens were running and playing on the floor. The couple immediately fell in love with Artemis, she immediately climbed into their lap,” says Emily.

After the couple said that they were definitely taking Artemis, Emily went to look for a carrier for them, and then put it on the floor in the enclosure with the kittens and put a blanket there.

Then she began to catch Artemis in order to put her in a carrier.

It was already very late, around 10 pm, and the lighting in the enclosure was poor. 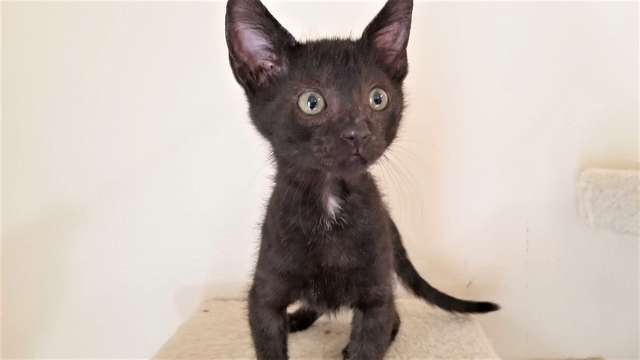 Finally, Emily caught Artemis, hugged her and put her in the carrier.

“When they entered, one of them looked at Artemis in the carrier, and then I looked in there to make sure everything was in order. I saw her motley face and said to her, “Goodbye, be a good girl.”

A little later, Emily received a text message from the spouses.

They wrote that they were driving home, and that Artemis purred very loudly in the carrier.

Emily thought this meant the cat was doing well.

But when the couple arrived at their home and opened the carrier with Artemis, they were surprised to find a “free rider” in it!

It was the kitten Hercules, and Artemis was lying next to him, embracing and therefore purring loudly.

Hercules is black, and apparently he climbed into the carrier while Emily was catching Artemis. And then because of the dusk in the room and his dark coat color, neither Emily nor his wife noticed him in the carrier. 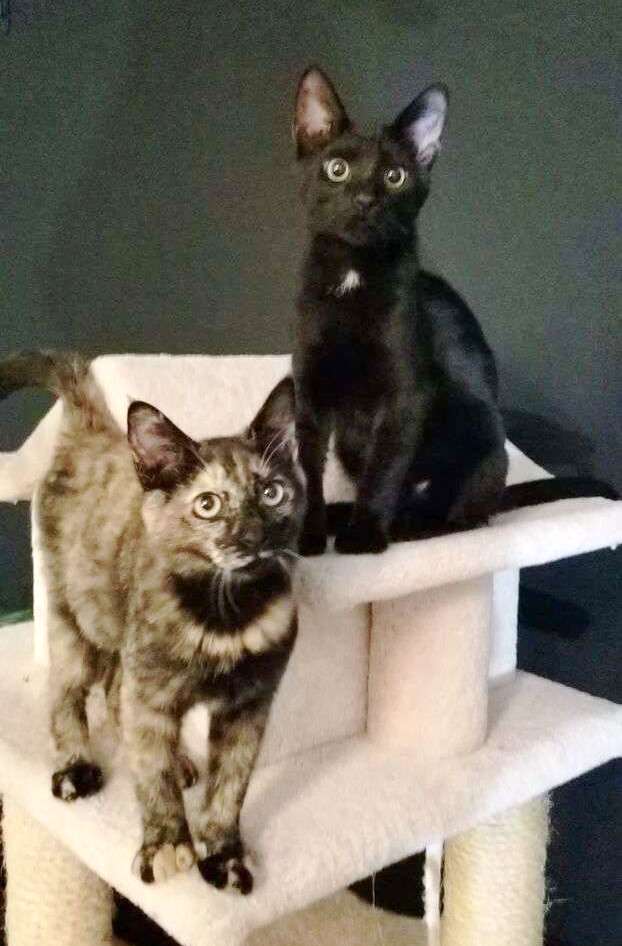 “They called me and started a dialogue with the words: “You won’t believe what we saw.”

I got worried and asked, “Something happened?”

And then they told me about the kitten Hercules. I apologized and said that I would wait for them tomorrow morning to bring Hercules to the shelter.”

The couple agreed, and they took care of the extra kitten for the night. 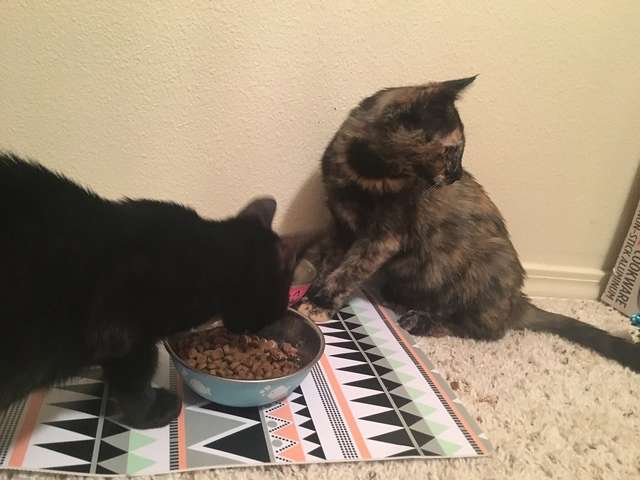 Emily was preparing to meet them in the morning, but they suddenly called and said they were changing their minds.

“They just said that they fell in love with Hercules and that he is very cute. And so they will take him too. I just said” Wow! “It was not at all what they planned, but now everything is in perfect order, and they are very satisfied”.

As for the kitten Apollo, who remained in the shelter, another family took him to their home. Emily is delighted that the trio ended up working out so well in the end.