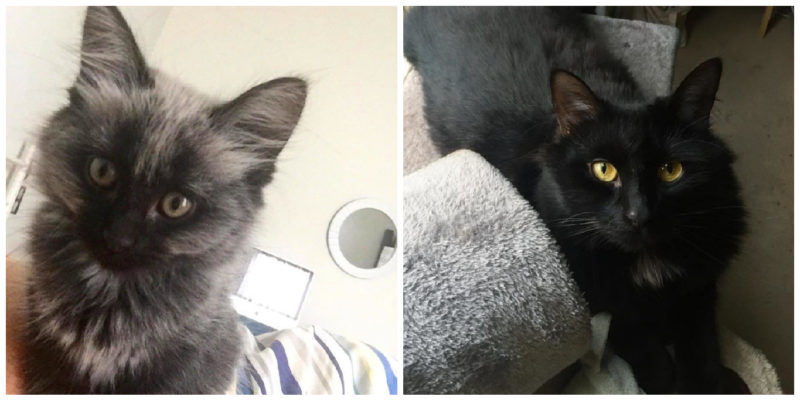 In Melbourne, Australia, someone found a small abandoned kitten with an unusual silver and black coat color on the street and took it to a local animal shelter. 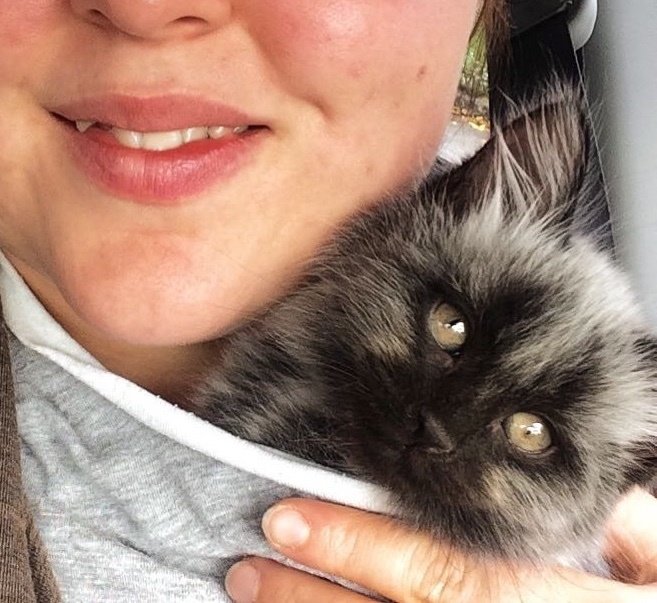 Soon after, Ashley came to the shelter with her boyfriend, and they just fell in love with a silver kitten with a black muzzle.

In honor of the anime character, they gave him the name Sasuke.

A similar color in kittens is called “fever” (Fever Coat). 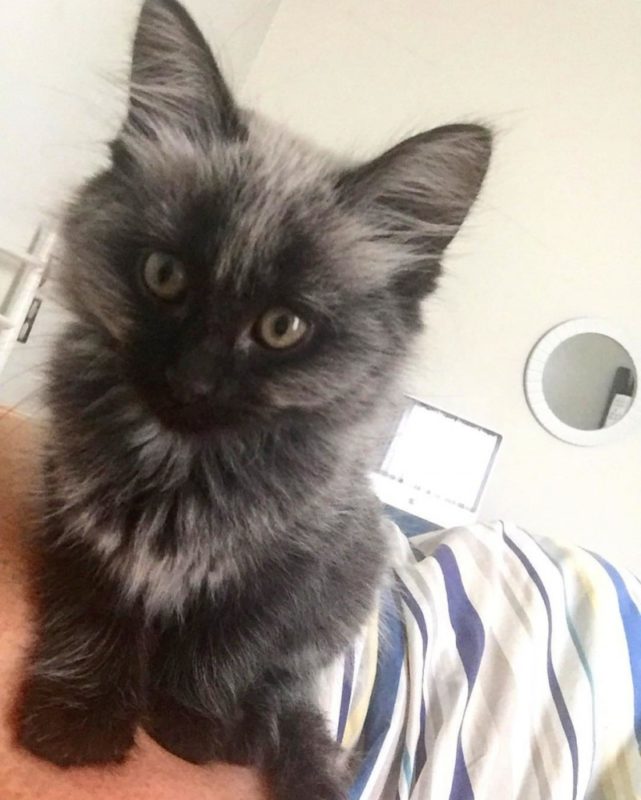 It occurs from time to time when a cat suffers some kind of infection or severe stress during pregnancy.

Most often, with age, this color disappears in kittens and the coat becomes what it should be initially.

“Because of his coloration, he looked more like a wolf cub than a kitten,” says Ashley, “But he was incredibly affectionate and when we carried him home from the shelter he slept sweetly under my boyfriend’s sweatshirt.”

Also, Sasuke couldn’t meow, but instead made unusual sounds, similar to chirping. 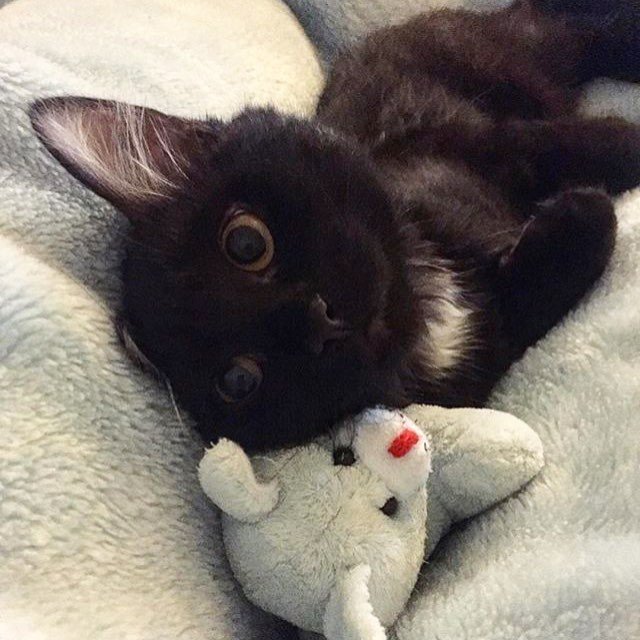 “He very quickly found his favorite place on my shoulder and loved to sit there and move around the house with me. It was difficult to say goodbye to him when I had to go to work, but when I came back, he happily met me and rubbed against my face “.

The older Sasuke got, the less silver hair remained on his skin.

After a couple of months, he was left with only small silver strands on his head and back. In other places, a thick black-velvet fur coat grew. 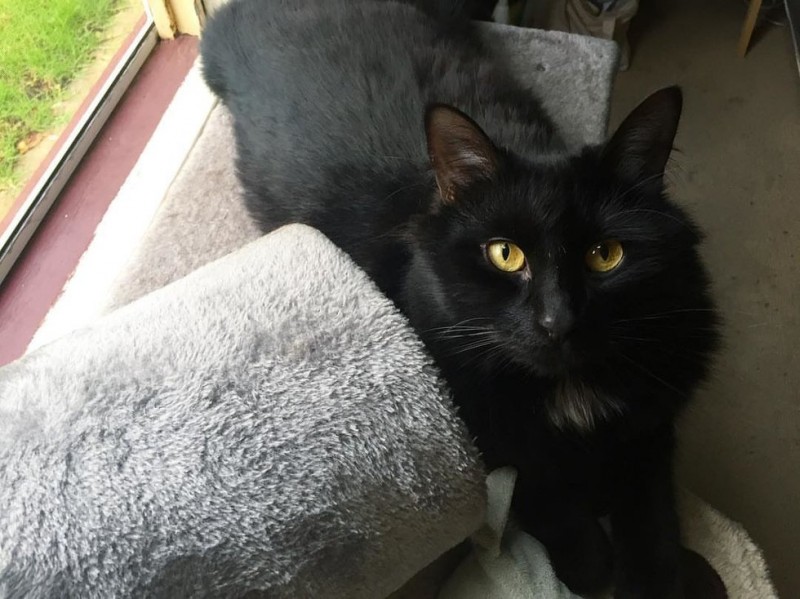 As a result, Sasuke turned into a luxurious black cat with a small white spot on his chest.

And even as an adult, he loved to sit on Ashley’s shoulder. He also loved sleeping next to Ashley’s head on her bed.

The pilot dedicates his life to helping animals: he flies rescue animals to their new homes
Animals
0 244

The Ohio county sheriff and his tiny police dog were inseparable, they died the same day and were buried together
Animals
0 1008