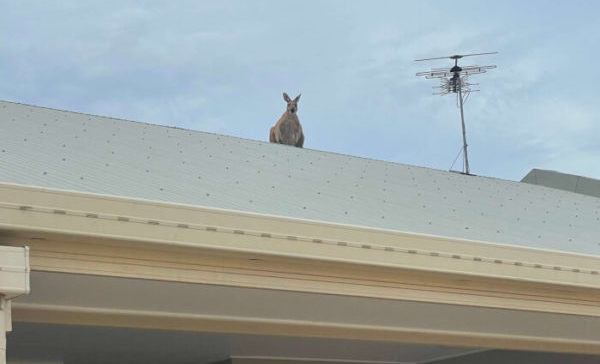 Residents of the Australian state of Queensland were surprised by a kangaroo that ended up on the roof of one of the houses, writes the Daily Mail. None of the people who watched what was happening did not understand how the animal ended up there.

The incident took place on the evening of November 8th.

Local residents did not dare to help the kangaroo on their own, so they called rescuers.

True, they did not want to come for a long time, thinking that they were being played. 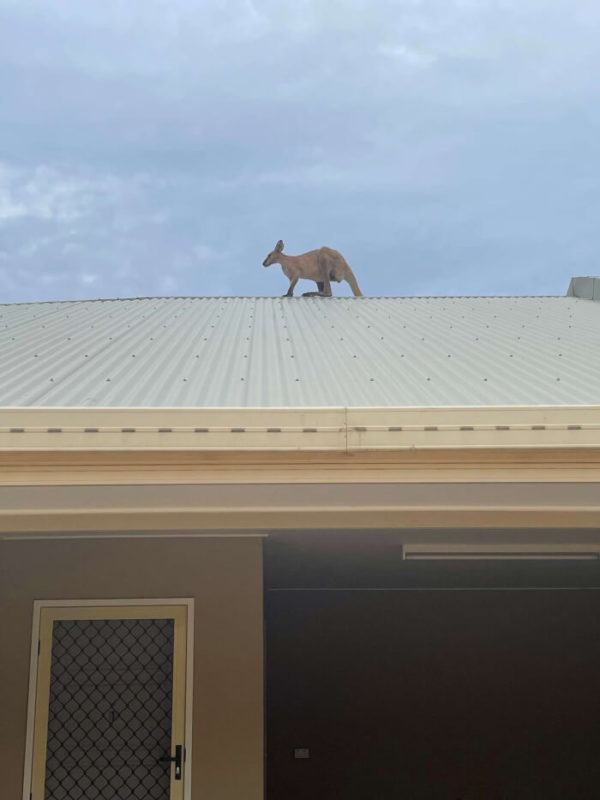 “When we got the call, we thought it was a joke,” said Patrick Buck, a senior firefighter.

When the rescuers arrived at the scene, they assembled a long ladder and climbed after the animal, but the kangaroo began to get noticeably nervous, and then completely jumped down and disappeared into the bushes, leaving people to guess. 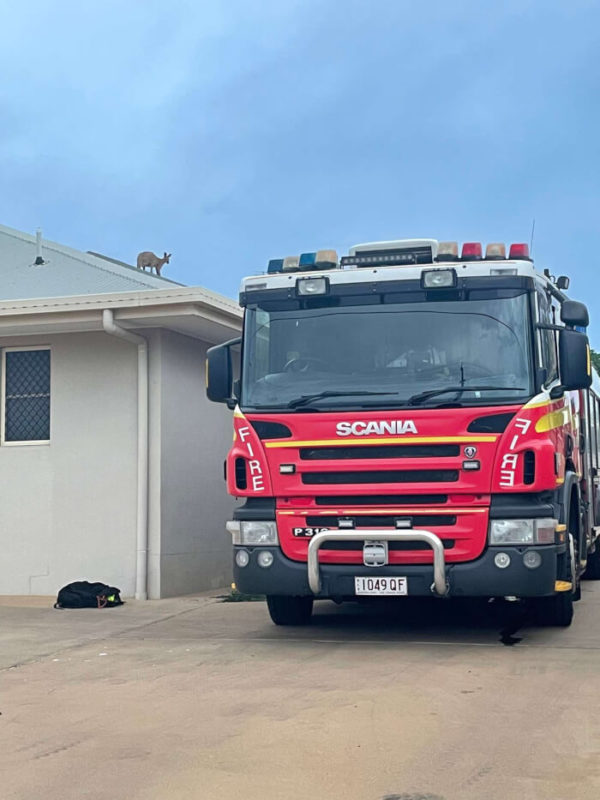 “We still don’t know how he was able to climb onto the roof, it’s a mystery,” firefighters commented.

A unique shot was published: a weasel cub, riding on a woodpecker, soar high in the sky
Animals
0 3914

The boy decided to feed the fish from the pier, but instead of fish, a three-meter stingray swam up to him
Interesting News
0 234

Woman was considered missing for 11 years: it turned out she lived in a neighboring house
Interesting News
0 78

Meet one of the most beautiful and unique albinos in the world: she has different colored eyes
Interesting News
0 104