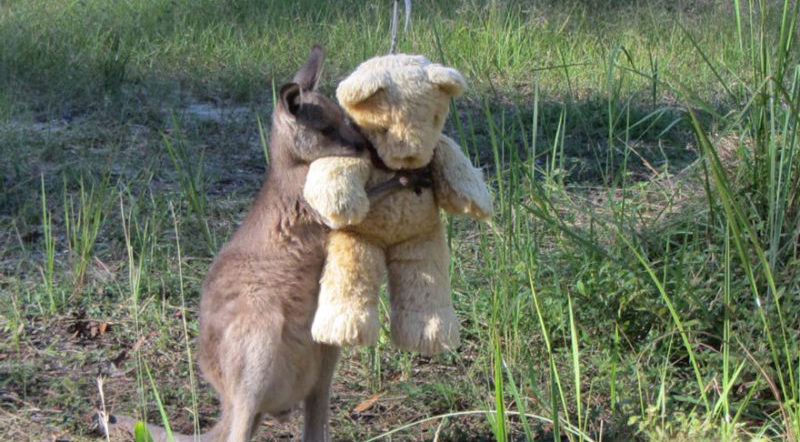 This photo was taken in 2015 by Gillian Abbott, the caretaker of WIRES, Australia’s wildlife rescue and rehabilitation center.

The woman took a picture of her ward, giving him a teddy bear. Since then, the kangaroo has fallen in love with the toy so much that he constantly hugged it. 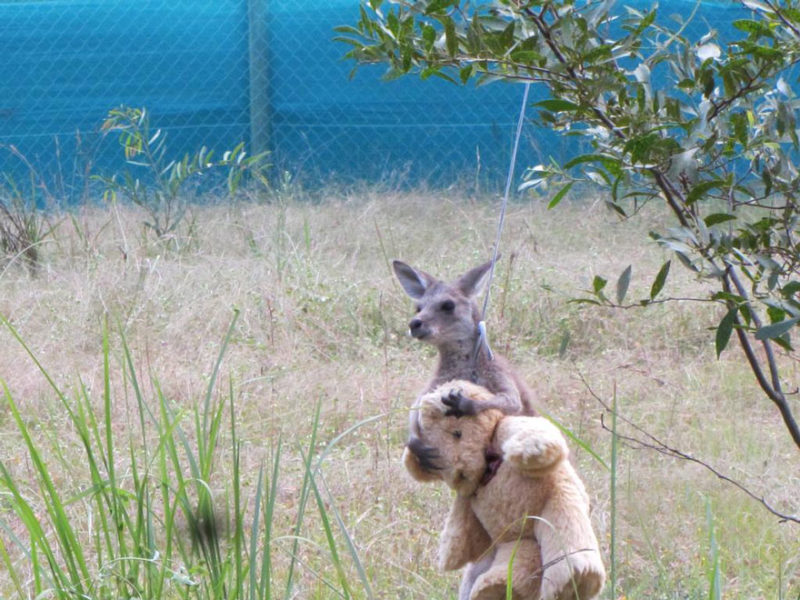 An orphaned kangaroo, over which the woman took custody, was found on the side of the road.

No one knew what happened to his mother. The animal was in poor health and needed care.

Gillian cared for him. And soon, thanks to her efforts, the baby became stronger.

It was decided to release the kangaroo into the natural environment – wildlife near the animal rescue center, where he lived.

However, despite the freedom gained, the kangaroo remains a frequent visitor to the center.

He has not forgotten Gillian and the volunteers who cared for him, and he visits them. They, in turn, treat him to food.

When visiting the center, the animal always hugs his favorite bear. As evidenced by a photograph taken on the territory of the organization.

To this day, this touching friendship leaves no one indifferent.

Interesting News 0 41
When two little sisters got lost in the woods, their golden retriever helped and

8-year-old boy and his family ended up on the street, but he came up with a business idea and bought an apartment 8 months later
Interesting News
0 218

This woman’s body is 95% covered with tattoos: see what she looks like without them
Interesting News
0 3046

A stray dog hangs around the car dealership, so they made him their “sales dog” and mascot
Interesting News
0 198