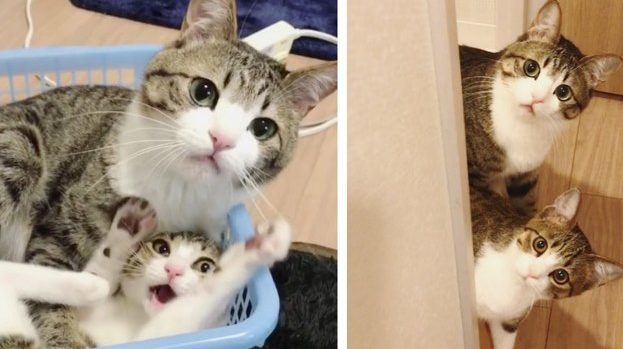 A Japanese woman once adopted a kitten from the Yamaguchi Prefecture State Shelter, which was already being prepared for euthanasia. 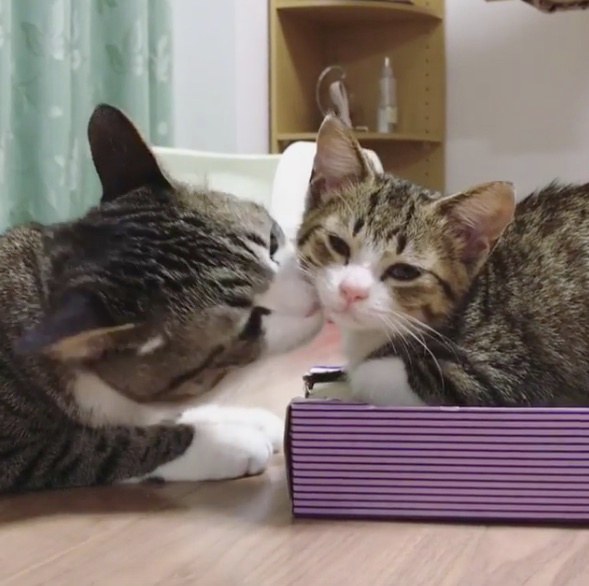 She literally saved him from the death penalty and named him Suzume.

A little while later, the woman accidentally saw a kitten on the page of the same shelter, which looked like her Suzume.

According to her, in that shelter, cats that get into it are given only a week to look for a new owner, otherwise, they will be euthanized. 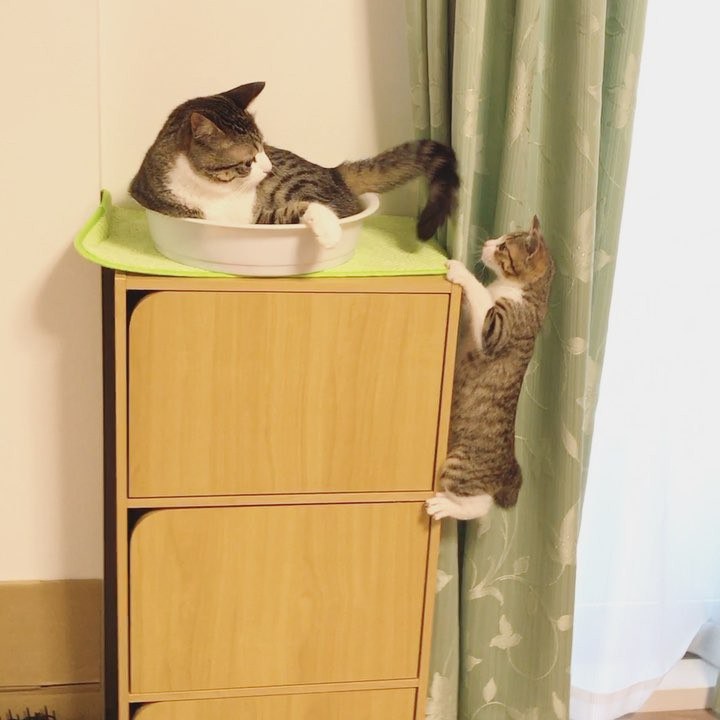 The Japanese woman immediately took a day off from work and went to this shelter early in the morning for a kitten, which she named Unagi.

She took him to the veterinarian for examination, and when it turned out that everything was in order, she brought him home and introduced him to the first cat.

Suzume and Unagi really looked like copies of each other.

In order to properly accustom the cats to each other, the woman introduced Suzume to Unagi gradually, keeping them in different rooms.

But Suzume immediately began to show a friendly attitude towards the baby.

Unagi began to follow Suzume everywhere, and if Suzume went to bed, the kitten was attached to his side. 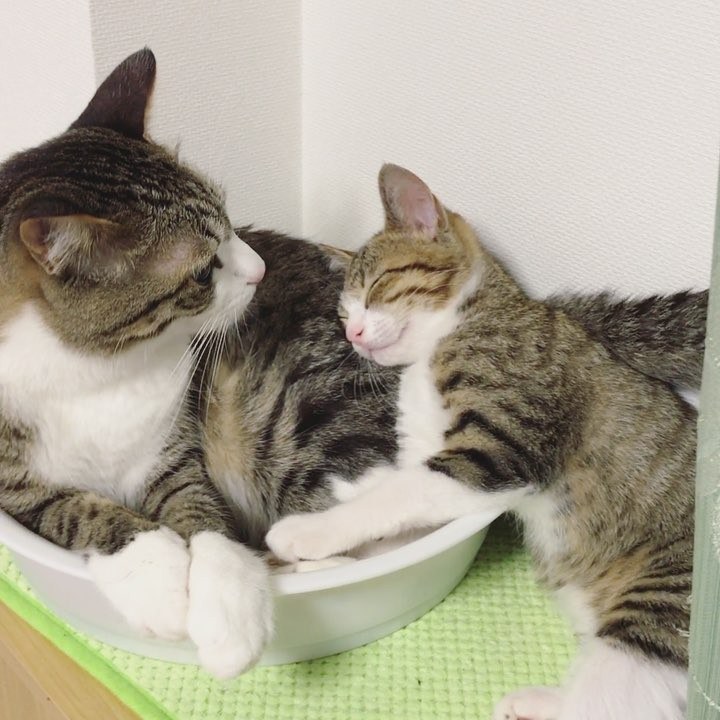 In just a couple of weeks, Suzume and Unagi became very friendly and have been inseparable ever since.

They lie together, and watch the fish in the aquarium together (and try to catch them). 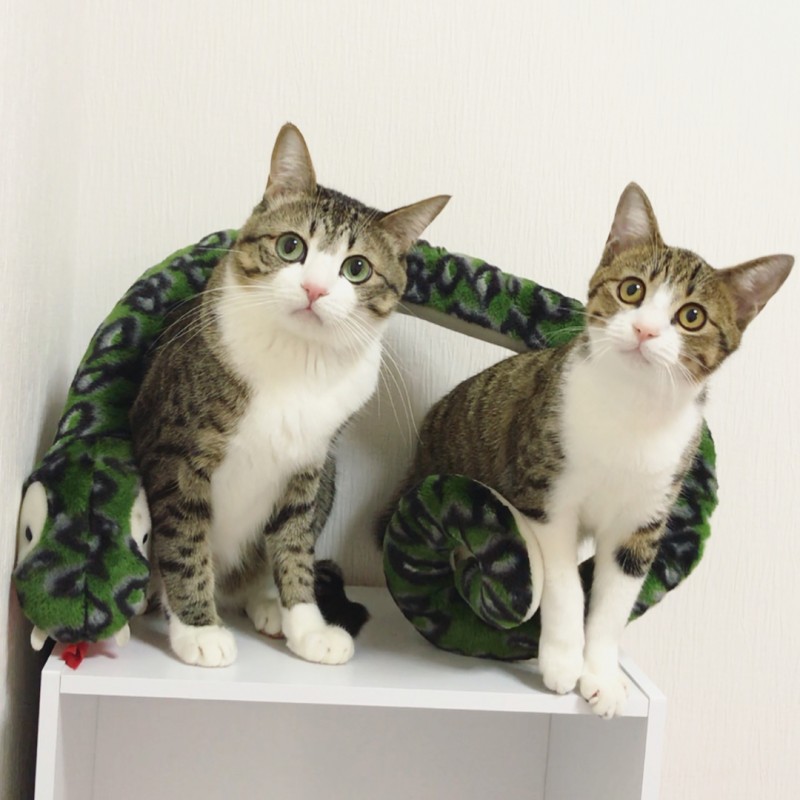 Suzume sometimes even licks Unagi like he’s his kitten.

Although these cats are from different mothers, their white-striped coloring looks almost identical and the more Unagi grows up, the more it becomes like Suzume.

Heroic dog saved his owner’s life after accident, never stopping even as he hurt his own paw in the process
Animals
0 407