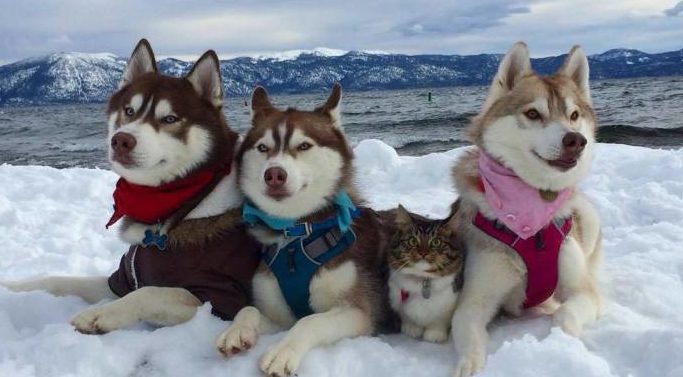 Three Siberian Huskies from the American city of San Jose raised and adopted the cat Rosie into their pack. 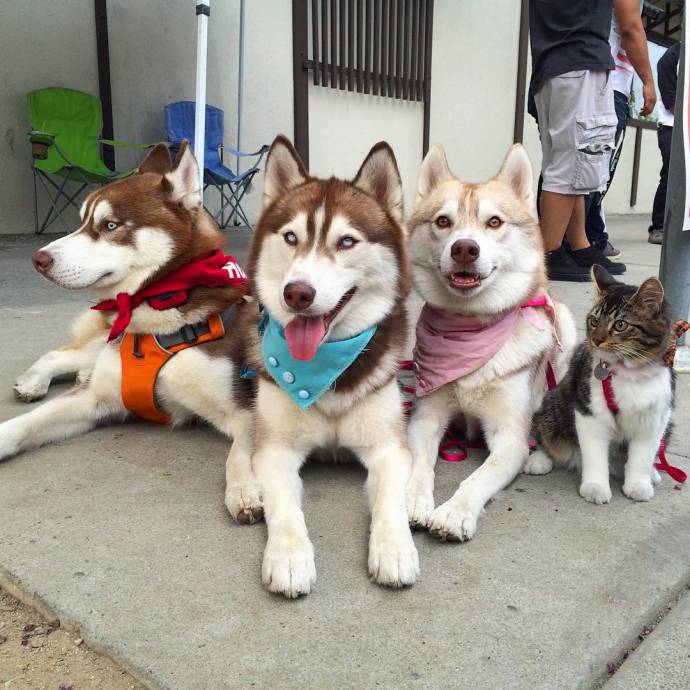 The little baby, who was dying of hunger, was picked up on the street by the owners of three dogs last year.

To the surprise of the owners, the dog Lilo immediately began to take care of the new family member.

Now, dogs and cats do everything together. 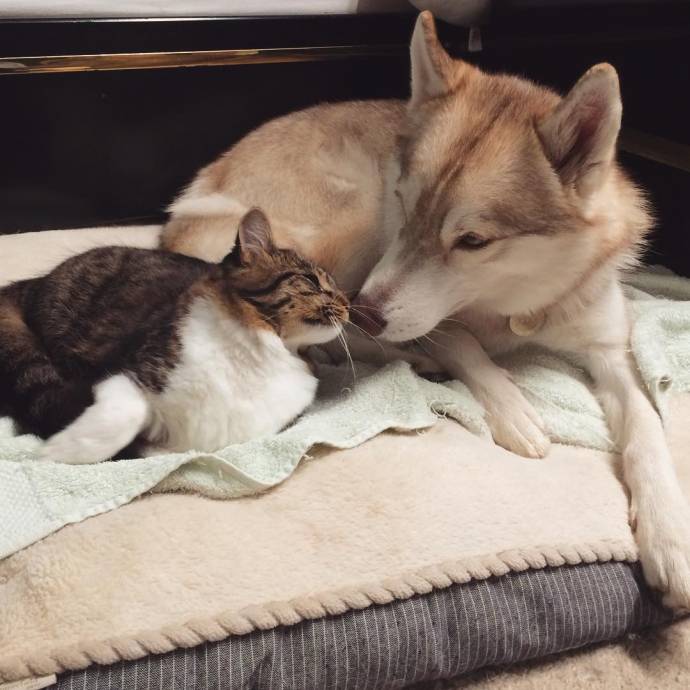 “Our husky Lilo literally saved the life of Rosie, who was suffering from exhaustion. Lilo was right by her side every step of the way. It seems to us that Rosie began to consider herself a dog after that,” said the owners of the animals.

According to them, the cat adopted all the best from dogs, she became executive, courageous and lost all fear of water. 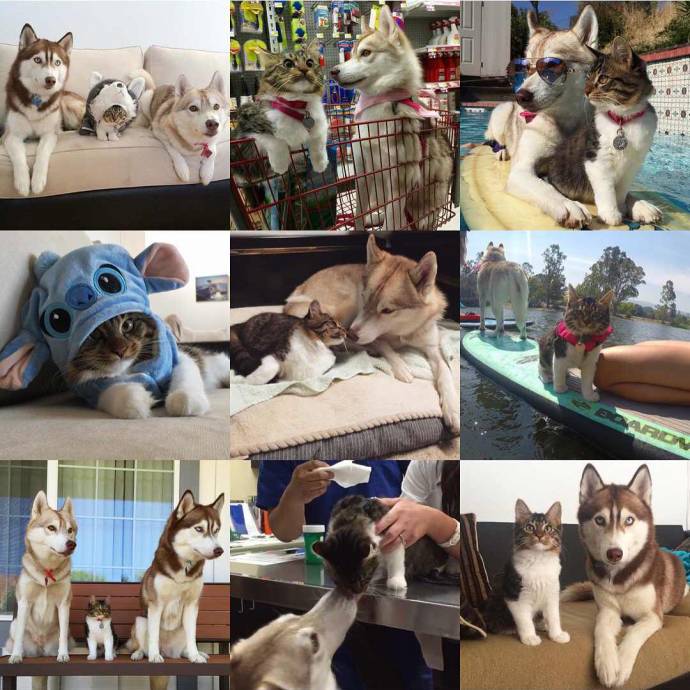 For the first time, a wild lioness has been photographed feeding a leopard cub
Interesting News
0 113

Meet Wiley, the adorable Dalmatian puppy with a heart-shaped nose who won the hearts of social media users
Animals
0 918

The newly-made mother, Golden retriever named Yami, tries to console her crying puppies by bringing them her toys
Positive
0 316

Tired lion dad tries to escape from his four little cubs to have some alone time, but the kids stubbornly chase him
Animals
0 4436
Our Top Posts