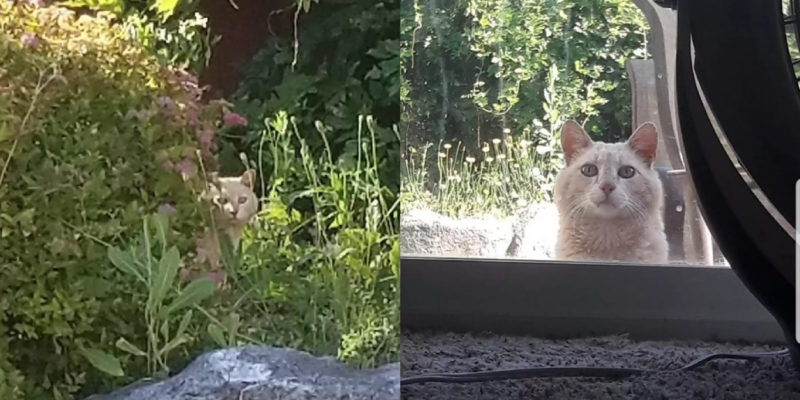 In early January, Miranda E and her family moved into a new house and soon learned that an outsider was living on their property. 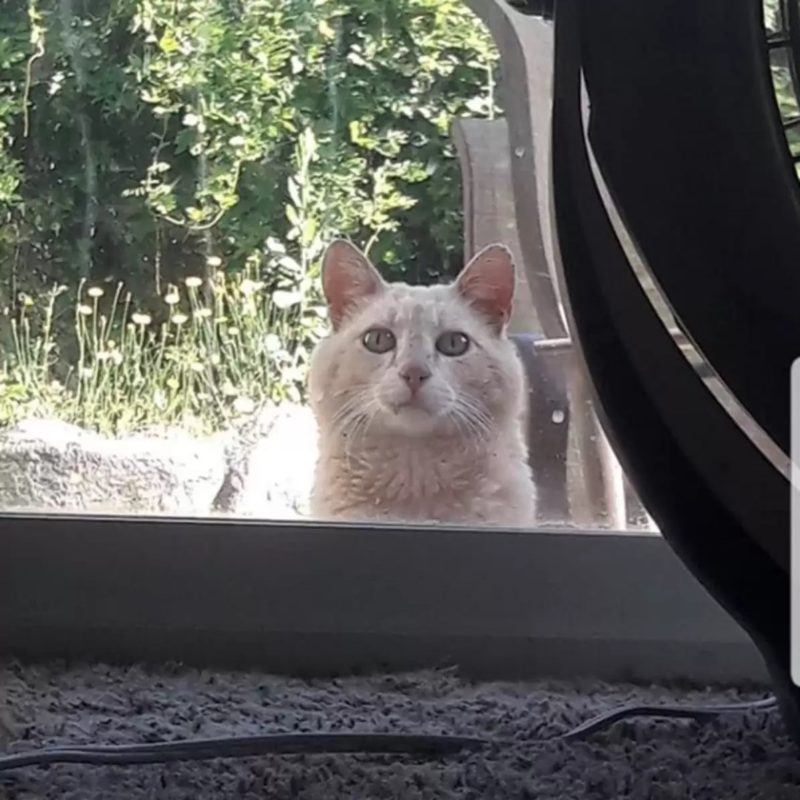 Luckily, he wasn’t dangerous at all, and very nice.

Upon entering the house for the first time, Miranda and her husband discovered a curious note left by the previous owners asking them to take care of a wild cat living in the backyard. 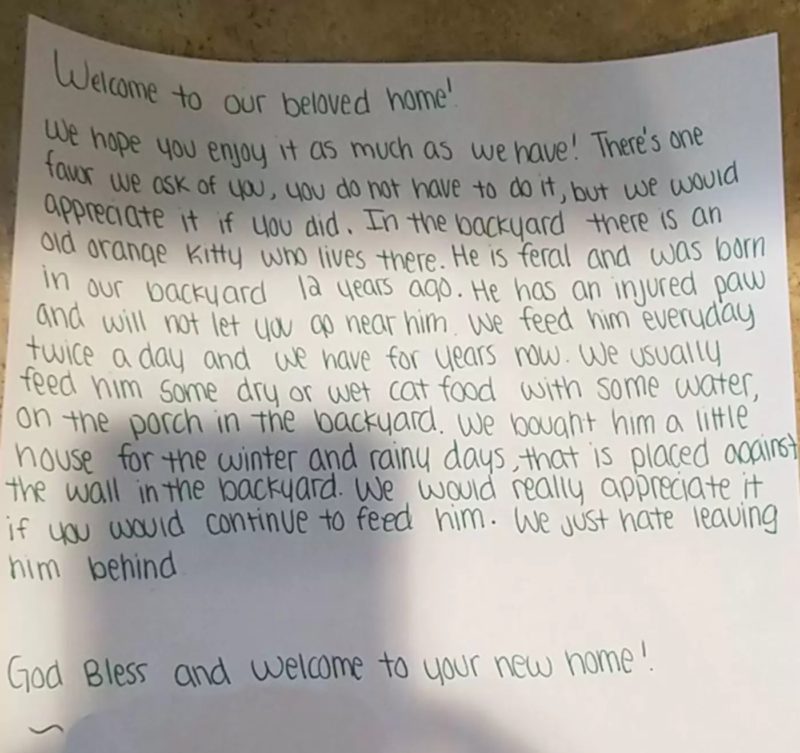 “We looked out into the yard through the sliding glass door and immediately saw the cat. He was looking straight at us,” Miranda recalls.

Fluffy is incredibly lucky with the people who settled next to him. They are very fond of cats, and therefore immediately wanted to “adopt” him.

“We laughed so hard when we saw the cat. We currently have five cats living in our house, and all but one were abandoned by the owners of the houses we moved into.” Miranda said.

Miranda and her family were happy to fulfill the request of the previous owners and take care of another pet.

But, alas, it turned out to be difficult to win the trust of a street cat, who was given the name Raz.

Once he avoided strangers for a long time and ran into the bushes if he saw one of them nearby. But within a few weeks, the cat realized that the new family was taking care of him, and gradually became more trusting. 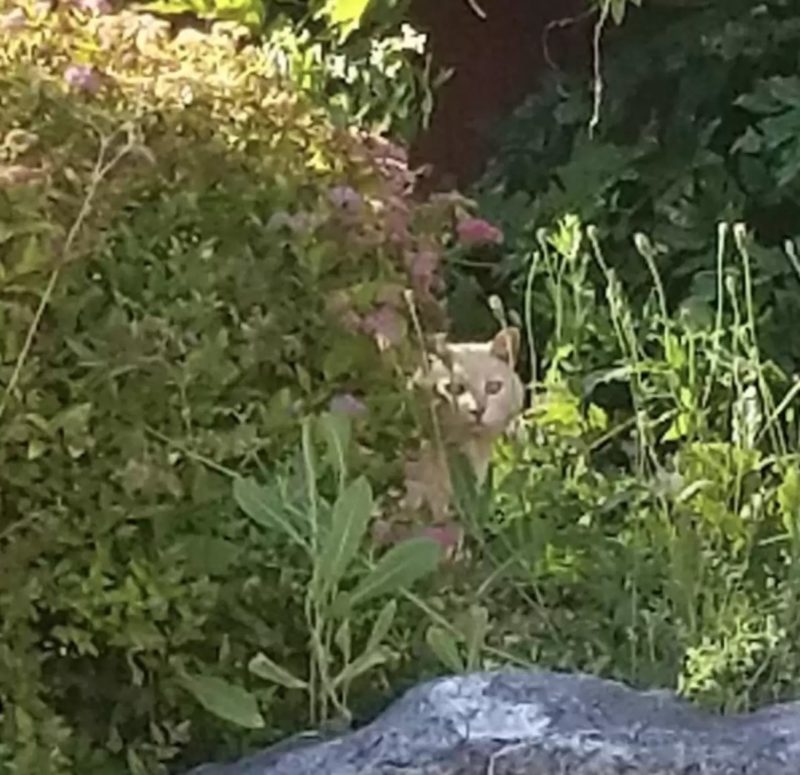 “Before, Raz was constantly hiding from us. But now, even if we’re outside, he doesn’t run away. Sometimes he comes to the door and meows for food.” Miranda says.

Miranda hopes that soon the cat’s heart will completely melt, and she will be able to take him home so that he becomes a full-fledged member of the family and a large cat gang.

Interesting News 0 25
Ava Lewis, 3, is doing a great job for the needy in Durham, North

Employee of the Year: the dog got a job in the pub and became a favorite of all visitors
Animals
0 128

People have built houses on the bridge and live on it as if it were an ordinary city street: see the video
Interesting News
0 124

One life for two: what the most famous Siamese twins Brittany and Abigail look like now
Interesting News 0 97