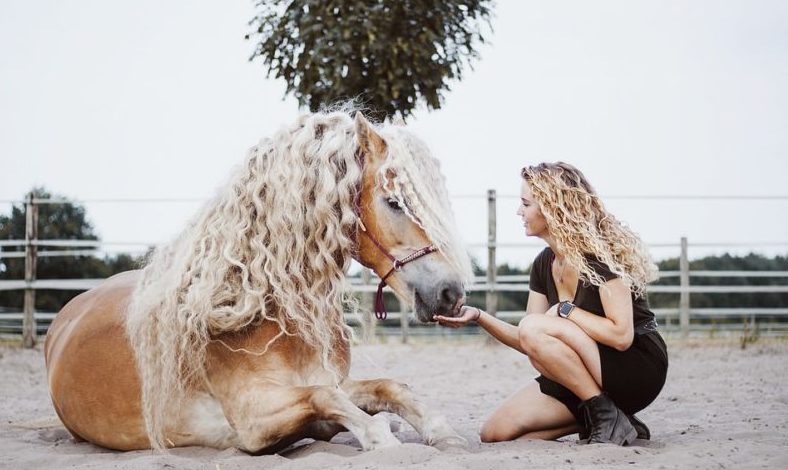 Bred in the 17th century in Austria and northern Italy, Haflinger horses have always stood out from the rest of the horses with their lush manes.

Usually these manes are cut or put in pigtails, as twigs and other debris can get tangled in them on the run. 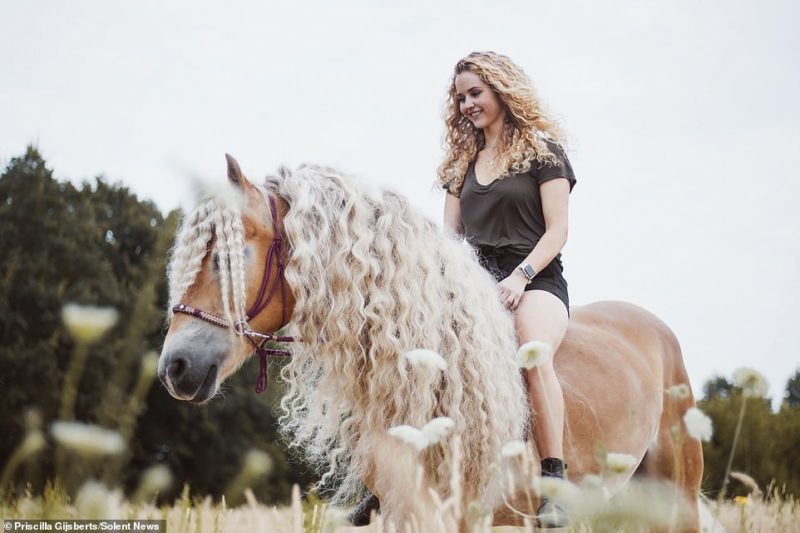 But if left untouched, they can grow a meter or even more in length.

But the horse named Storm has such a gorgeous mane that even Rapunzel would surely envy her. Most Haflingers have a wavy mane only in foal childhood, and with age, the hair straightens.

But Storm’s mane remained wavy, as if it was made with curlers.

And Storm’s owner, 24-year-old Naomi Beckers from Limburg, the Netherlands, wears almost the same hairstyle as her horse. 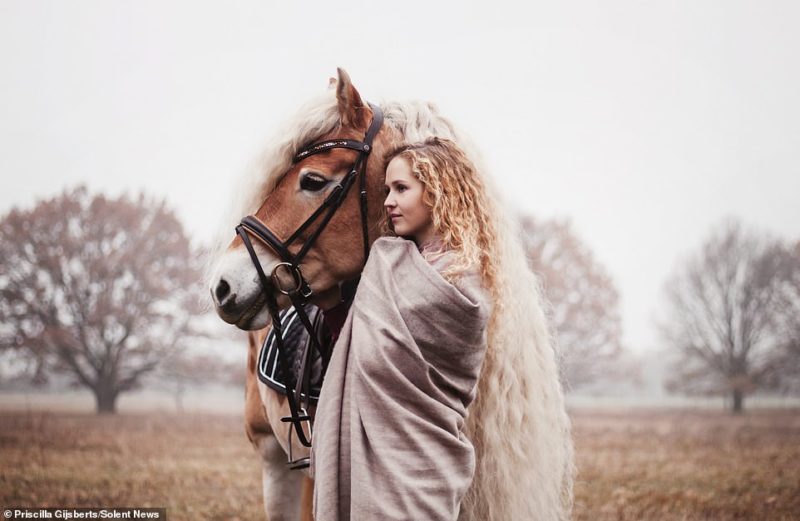 When Storm and Beckers are together, they make an incredibly beautiful couple.

Recently, photographer Priscilla Gijsberts saw their photos on Instagram and was delighted with this couple.

She later met them in Limburg and did this wonderful photoshoot.

Storm grew such a mane for 6 years. 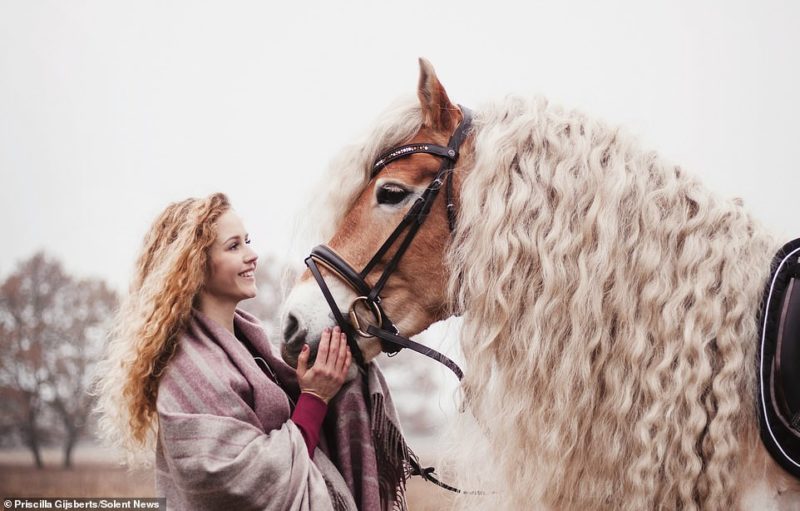 To keep her hair out of the way of the horse, Naomi sometimes braids it, which makes it even more wavy.

The most unusual couple of friends: a wild giraffe finds a bunny and decides to keep him
Animals
0 160

Couple notices the strange behavior of their rescue cat, turns out she saved their lives
Interesting News
0 141