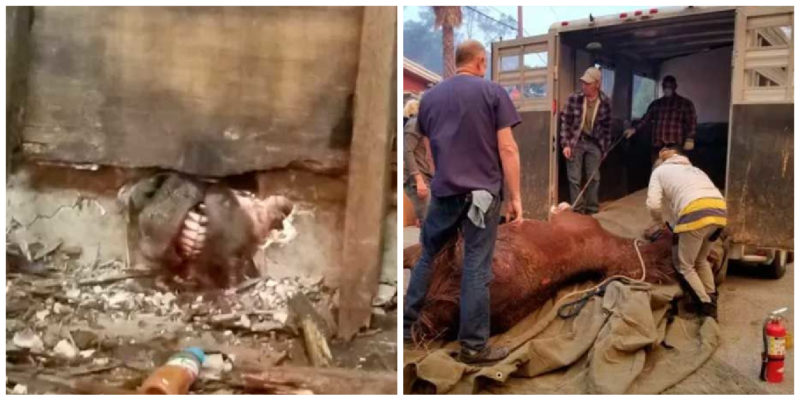 When the strongest fires broke out in California, many people during the evacuation, saving their lives, left all their property and, unfortunately, their animals.

Local news reporter Gina Silva and her cameraman filmed the story in the immediate vicinity of the fire.

They were in a small town that was already engulfed in flames and people had left.

And then Gina noticed a terrible sight – the flame from the burning house spread to the stable, where the horse remained.

The animal could not run out of its hiding place.

The horse found a hole at the bottom of the wall and tried to breathe through it. He asked people for help… 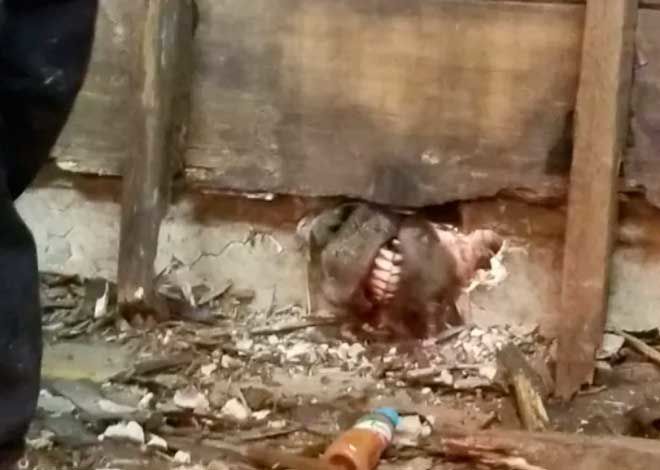 Gina contacted the firefighters, but all their strength was spent on resisting the fire. They just couldn’t quit their job.

Within 20 minutes, volunteers and even a veterinarian were at the scene with a tranquilizer.

People managed to break the wall in the stall and drag the animal to safety. 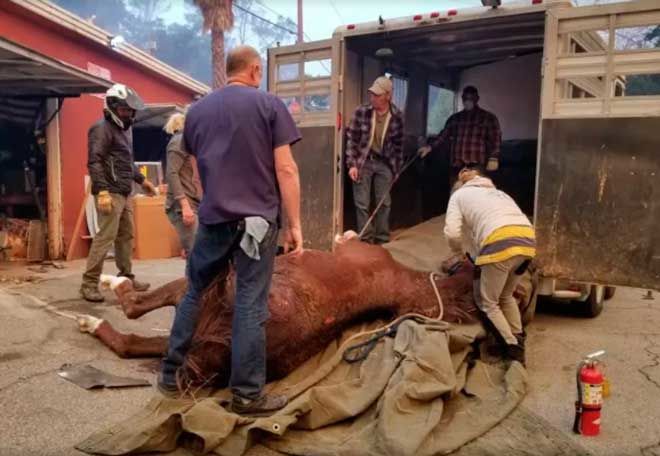 The horse was taken to a veterinary clinic, where it turned out that he was 23 years old, his name was Kenny and he had an owner.

Fortunately, the animal was not injured and escaped only with shock.

It is so good that there are people in this world who are ready to help those in need!

Kind woman Nicola Coyle opens canine hospice for lonely old dogs where they can spend the last days of their lives in peace, love and harmony
Animals
0 548