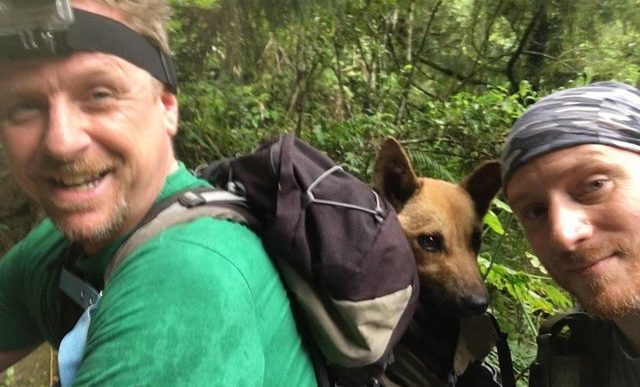 Sean McCormack and his friend Ross Tweedy learned that a dog with injured paws lives somewhere on the mountain.

They immediately set off on a 12-hour hike to help the animal. 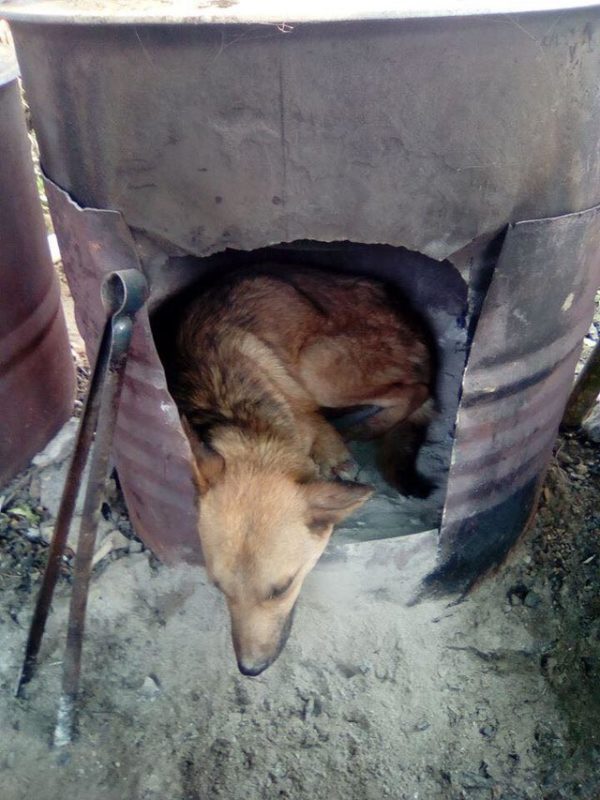 Someone posted a photo of a dog sitting in a “house” made of a rusty barrel on social media and said that the dog lives there near a private house, but it is not taken care of and the dog has injured paws.

The photo showed a thin dog with its paws tucked under him.

McCormack was deeply hurt by this photo. He contacted whoever made it and was told the exact location of the house and the dog. 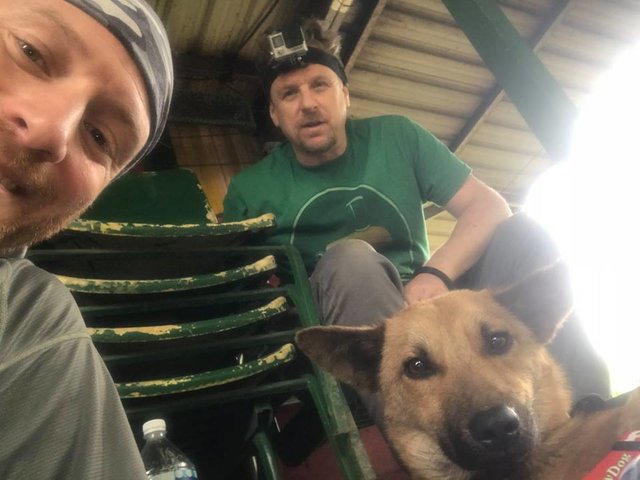 The dog’s name was Sandy and his paws were injured when he fell into a poacher’s trap.

But it turned out that the path is so difficult that you can only get there on foot.

It turned out that it would take at least 6 hours to climb this mountain. And then the same amount to go down. 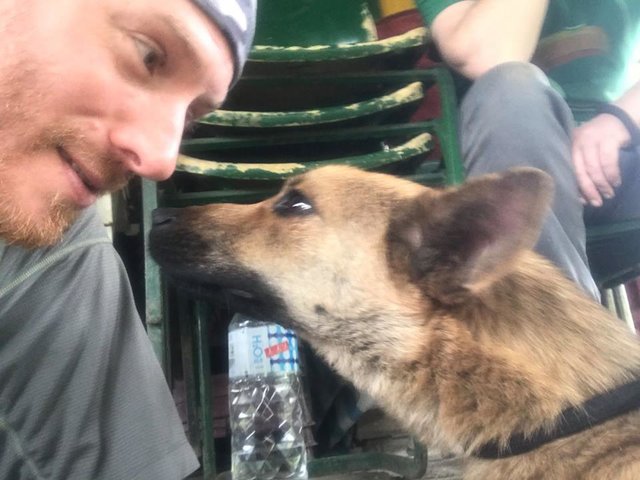 Climbing the mountain turned out to be even more difficult than Sean had imagined.

Finally, they reached the top of the mountain and the dog was hardly found under the plastic chairs.

He was afraid of strangers, but at the same time, he wagged his tail diligently.

“When we saw the dog, we realized that we had to help him. And we didn’t care if any of the locals would be outraged if we took him. He came up to us and laid his head on my knees. He looked like he was asking us to hug him,” says McCormack. 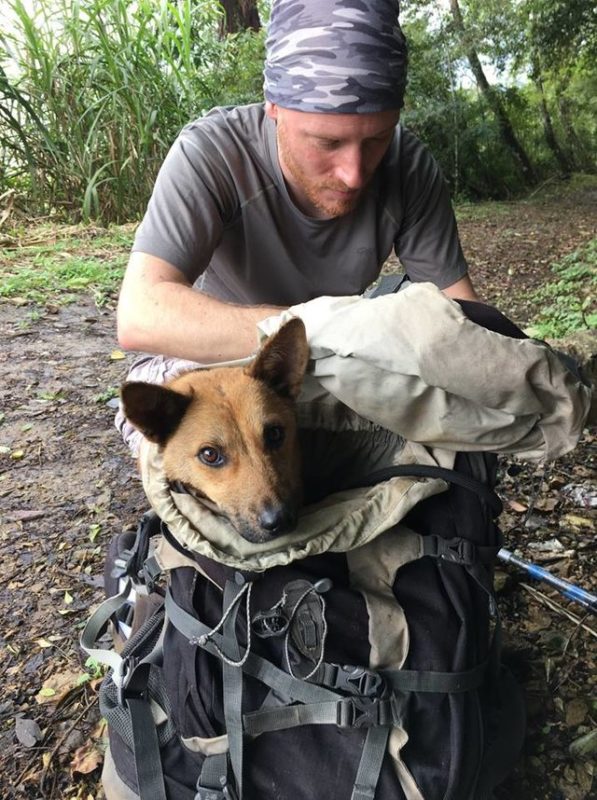 According to McCormack, if the dog had remained on the mountain, he would have died from the infection.

One of the paws managed to heal, but the other was so badly wounded that the bone was visible.

“He was in pain, but when we bandaged his paw, he felt a little better, it was noticeable.”

The dog had to be taken to the veterinarian as soon as possible. Sandy was put in a backpack, and he sat there and looked around.

When Sandy was finally taken to the vet, the doctor had to amputate the affected parts of both front legs.

Now Sandy’s wounds are healing well, and when he fully recovers, they promise to make special prostheses for him. 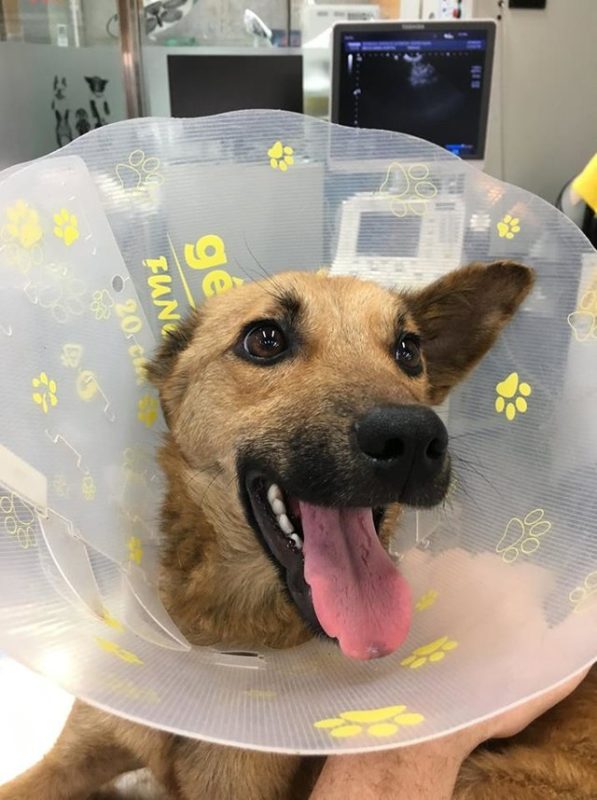 “He is doing well now and has already started playing with the other dogs at the clinic. He is a sweet, kind and happy dog.”

When Sandy’s story was posted on social media, one Taiwanese was very touched by his plight and wanted to adopt the dog permanently, despite his disability. 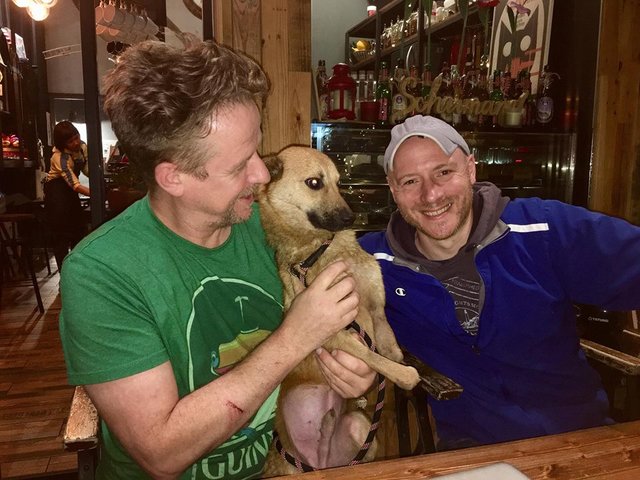 “We’re very happy that Sandy did so well. It was worth all the effort we put in getting to him,” says McCormack.

In India, the rhesus macaque “adopted” a puppy and brings him up like a real mother
Interesting News
0 61

‘World’s thinnest dog’ weighing only 6.5 pounds recovers and walks his owner down the aisle
Animals
0 184