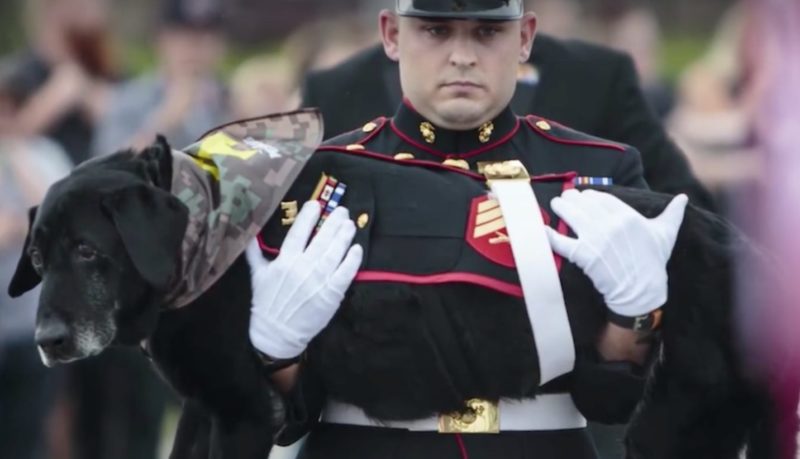 Meet Cena. A very brave Labrador dog who works as a sapper with his partner, Lance Corporal Jeff DeYoung. 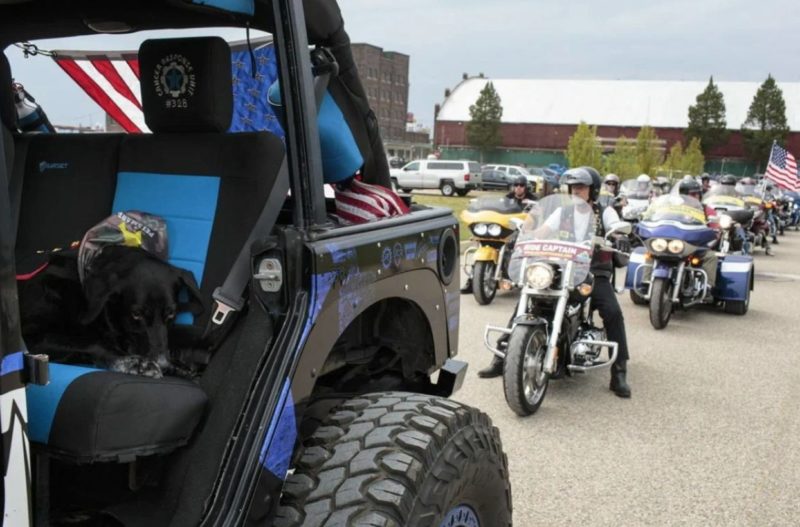 Together they were in Afghanistan, saved many lives there and lost many companions.

Cena’s life was full of dangers and incredibly difficult. But the dog passed all the tests with honor, not forgetting to help others.

In 2014, he retired. And Jeff, of course, took his friend to his home so that his old age would be spent surrounded by loving people. 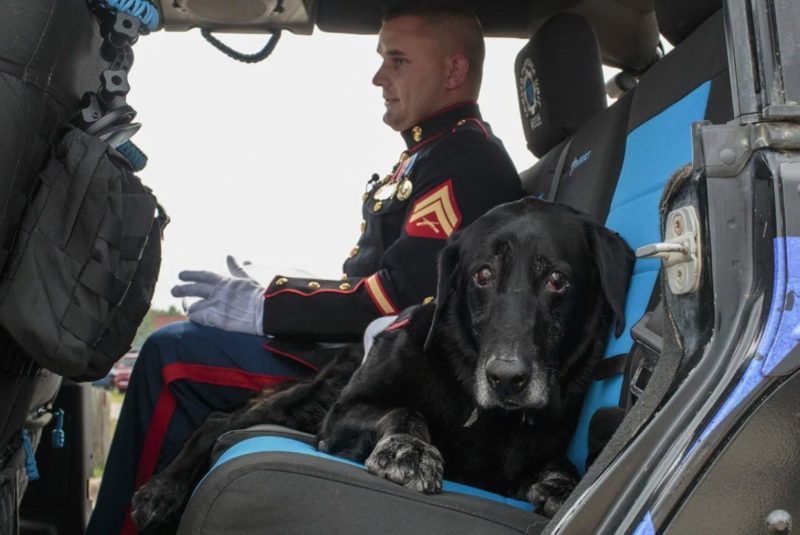 He and his family surrounded Cena with attention, care and love. And the dog did not need anything.

Unfortunately, he was diagnosed with bone cancer.

Cena was already 10 years old, which meant that veterinarians could only ease his pain, but not cure the disease.

The dog suffered every day. And his pain led Jeff and his family to make the very difficult decision of putting Cena to sleep so that the poor man would no longer spend every day like hell.

Cena did a lot for Jeff. And he insisted that the dog deserved a send-off with honors, like any war hero.

He told his friends and acquaintances about it, and after a while the whole small town found out about it.

Everyone understood Jeff very well and immediately decided to take part. Complete strangers, police, firefighters, the sheriff’s office, the Marine Corps League – they all gathered to pay tribute to the brave dog and worthily see him off on his last journey.

With an honorary escort of police and bikers, Cena, dressed in a dress harness, was taken by car to the euthanasia site.

And, surprisingly, this place was not a veterinary clinic at all, but an old museum ship moored in the local port.

Jeff was barely holding back tears the whole way. He told how he covered the dog with his body from enemy fire, and how Cena was always by his side in response, even in the most difficult times of his life.

He could not believe that he would still have to say goodbye to that dog. 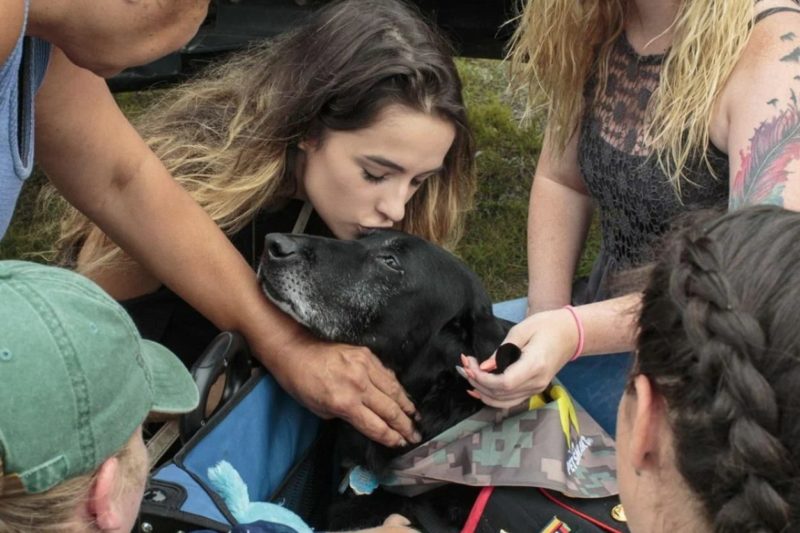 Many wanted to say a few words to the brave dog. Friends and strangers approached Cena, cried, hugged his neck and whispered affectionate words, showing that he was loved throughout his life.

Jeff, with grief on his face, took the dog in his arms and carried him to the ship, where a guard of honor awaited him, like any human soldier.

When it was all over, the dog was placed in a coffin wrapped in US frags, and then given to Jeff, who carried the coffin off the ship with tears in his eyes. Everyone who had anything to do with the army saluted when he passed by.