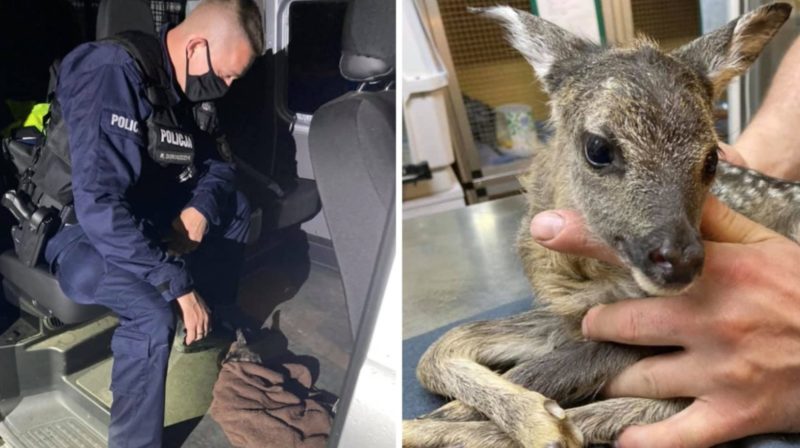 Several police officers arrived at the scene in Bielsko-Biała, Poland, after being told that a deer had been hit by a car lying next to the road. When the police arrived, they saw three deer at once: a mother and two newborn deer.

Unfortunately, the mother and one of the cubs could no longer be saved. But the second fawn, still tied to the umbilical cord, was alive. 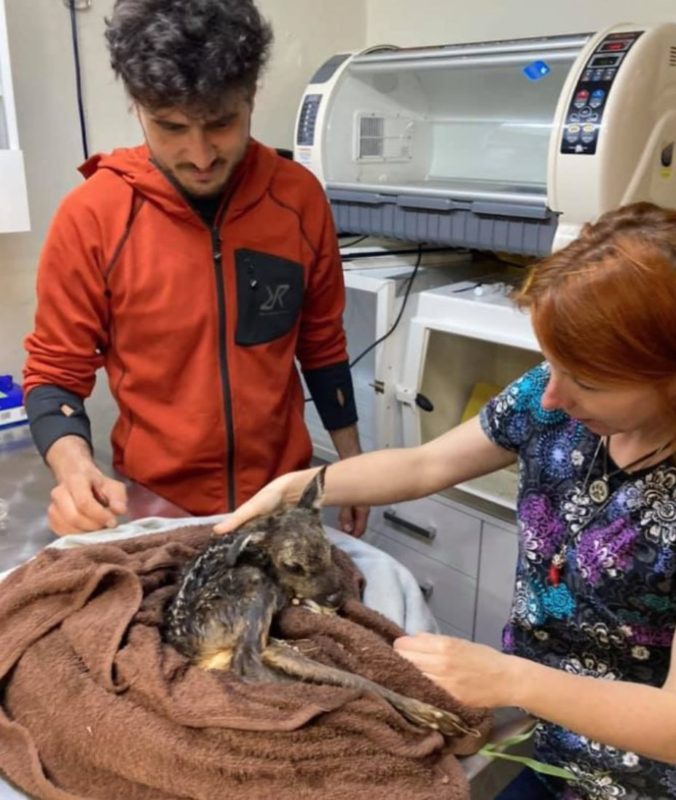 One of the officers called a veterinarian he knew to find out how to save the baby.

After that, the man carefully cut the umbilical cord, and then turned the deer over so that he could clear his throat for him to start breathing. He was very weak, so he had to be urgently delivered to specialists.

The baby was wrapped in a blanket and taken to the Mysikrolik Foundation Wild Animal Rescue Center, where veterinarians began to fight for the deer’s life.

“The little one is in a hopeful condition, but unfortunately his leg is broken. The next few hours will be critical. We’re going to feed him goat colostrum every two hours. Let’s cross our fingers,” — veterinarians wrote on social media.

Later, veterinarians reported that the fawn, which was named Eeyore, is gradually on the mend. 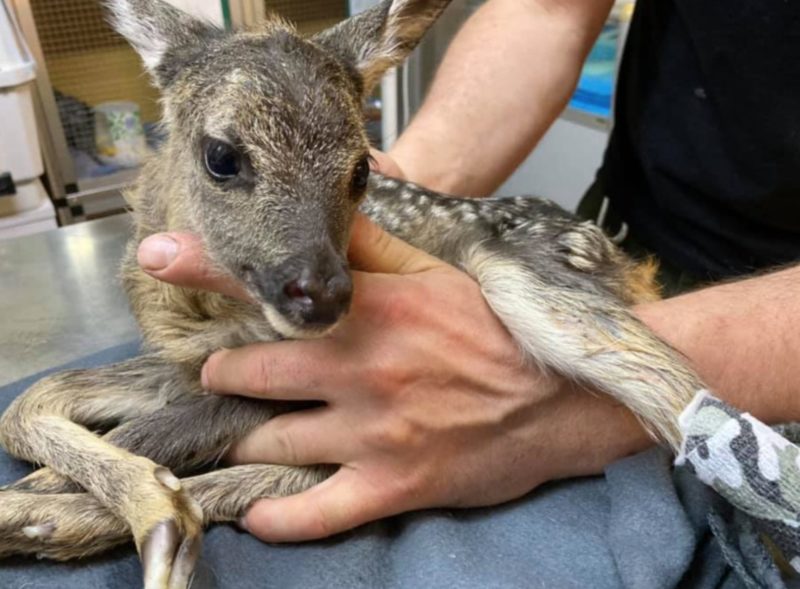 He eats well and looks around with curiosity. However, experts are in no hurry to celebrate, because they do not yet know what to do with a newborn deer, and who will take care of him until he grows up.

“We don’t know yet how we will cope with raising a fawn, but we enjoy every second spent with him,” veterinarians said. 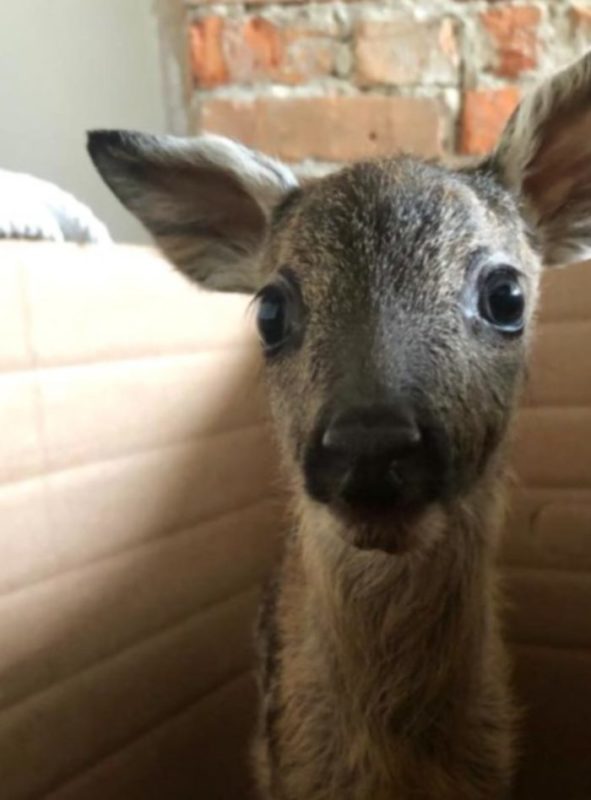 The police officer who rescued the deer became a real hero among the locals, who showered him with praise on social media.

Photographer was shooting the beauty of the lake, when he suddenly saw mother duck with 76 ducklings in tow
Interesting News
0 209