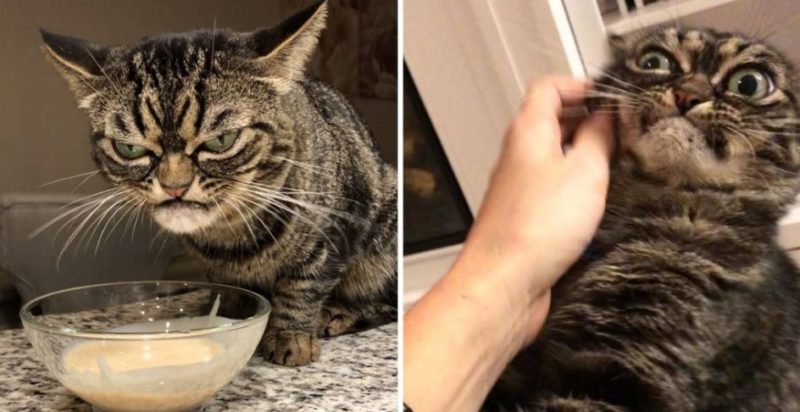 The famous cat Sauce Tardar became the hero of the Internet and received the Webby Awards in 2013. This award is given to the most popular videos and photos that have spawned many memes.

The very name of the animal was misspelled, but the owners decided not to change it. Because on the Web he was still called Grumpy Cat. 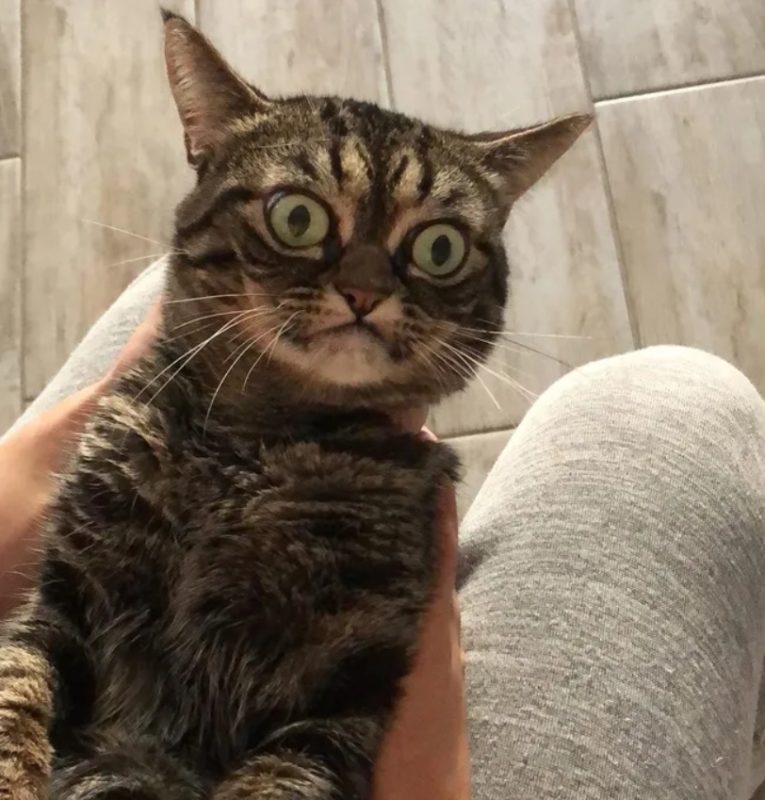 In 2019, the cat died. And the world seemed to have no source for memes.

However, another cat with the same displeased expression was found on the Internet.

Her real name is Kitzia, which in Ukrainian translates as “kitty”.

The owner of the cat is Victoria Otdelnova, a girl originally from Ukraine, but lives in Florida. She loves her pet so much that she even started an Instagram account for her, which she called Grumpy Kitzia.

Victoria works as a photographer and has her own account, where she posts high-quality shots that demonstrate her level of professionalism.

And in Kitzia’s microblog, pictures are often taken with a smartphone in a hurry, which captivates subscribers even more.

In the photo, the cat demonstrates all the liveliness of her facial expressions. And account visitors are happy to comment on the photo.

For example, this picture reminded people of themselves: “When I didn’t get enough sleep”, “This is me in the morning.” 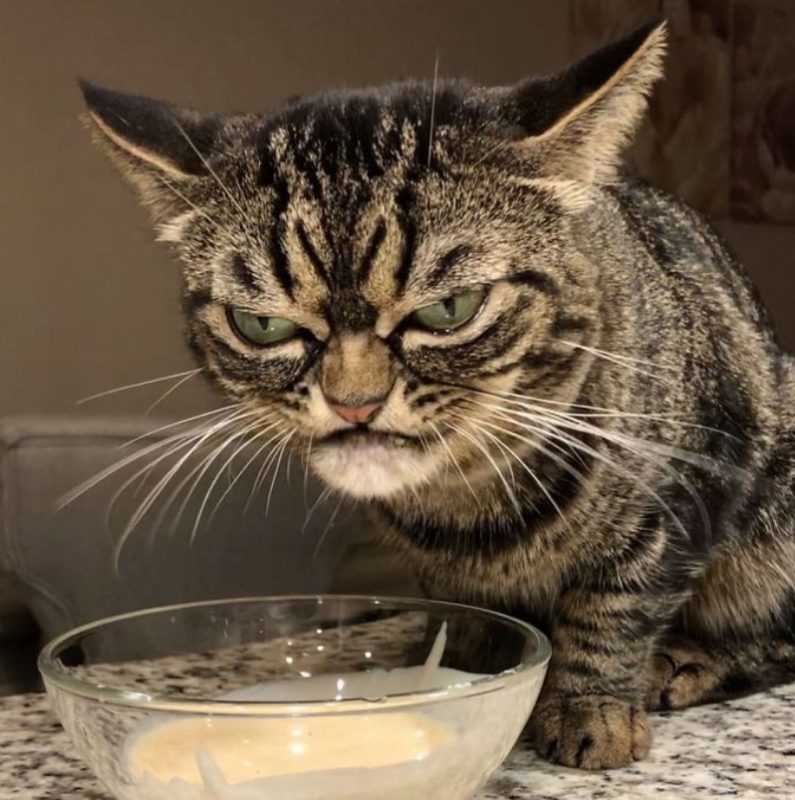 Victoria says that, in fact, Kitzia is the owner of a very soft and friendly character. She really likes to play, and she also loves being stroked.

But at the same time, the cat’s face retains a very stern expression.

The girl enjoys watching the growing popularity of her pet. After all, the pet is “an endless source of energy” for her.

Victoria does not want to take away even a small part of her cat’s popularity. This is evidenced at least by the fact that almost 80 thousand people have followed Kitzia’s account. And Victoria herself has only about 800 fans. 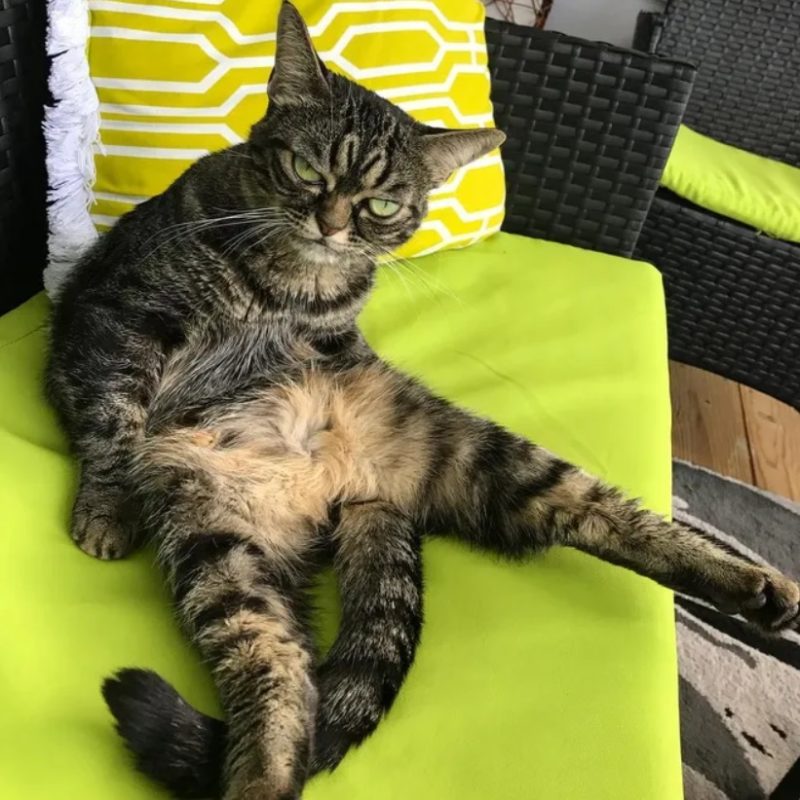 People literally fall in love with Grumpy Kitzia and shower her with compliments:

“This cat is just an incredible creature!”, “One of my favorite cats on Instagram”, “She is incredible!”

Interesting News 0 34
This is a story that will definitely make you believe in love at first
Comments: 1
Leave a Reply Cancel reply
Recent Posts

Man notices a grandpa alone in the restaurant attaching notes to the bills, decides to approach and ask why
Interesting News
0 316