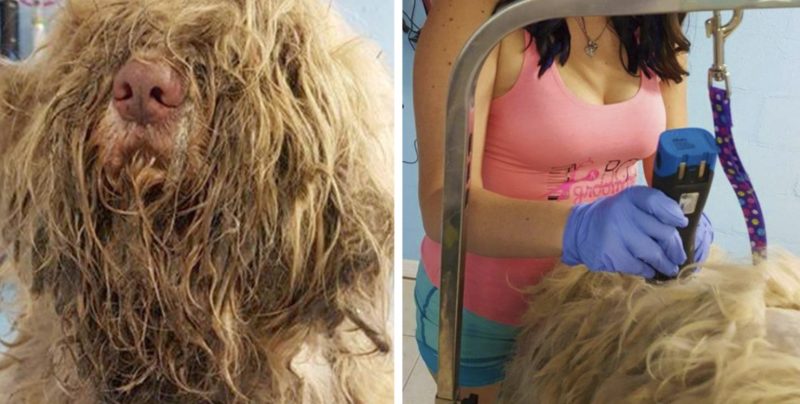 One night, a couple was driving past Oviedo, Florida, when they came across a stray dog ​​sitting on the side of the road. 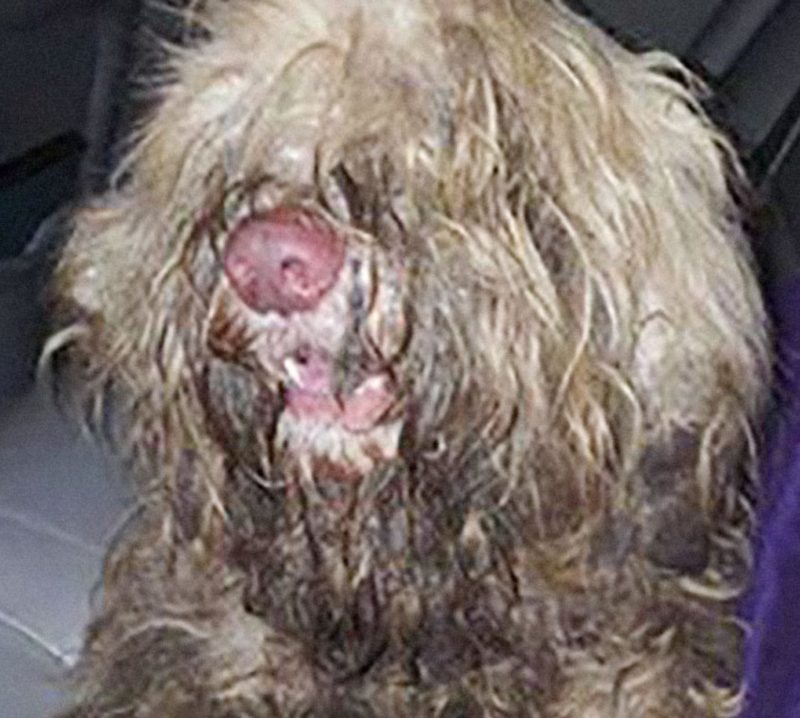 The poor fellow’s coat was so long and matted that the dog could hardly move.

In appearance, the animal was about four years old and, it seems, no one has taken care of the dog all these four years. 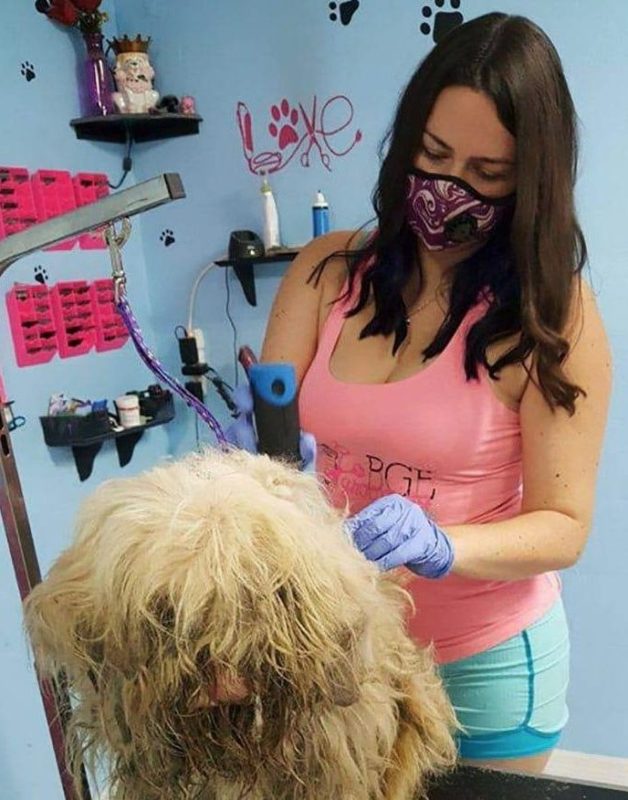 Without delay, the couple posted a desperate request for help on social media.

And the groomer Kari Falla responded to this request.

“When a dog becomes so overgrown, it can greatly impair blood circulation and bruises can appear on the body,” said Falla. 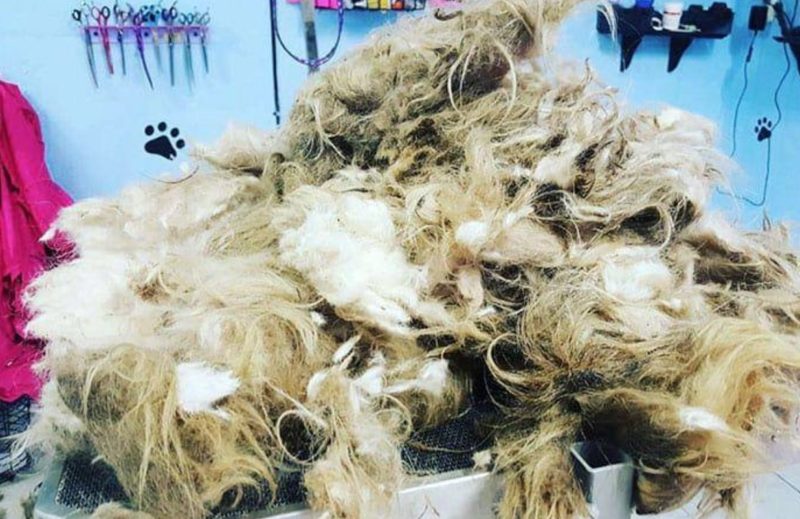 The poor dog needed urgent help, so the woman immediately went to her salon and opened it in the middle of the night to receive an unusual client.

“I knew it was bad, but I couldn’t even imagine what I saw. He smelled of death and the dog could no longer move,” says Falla. 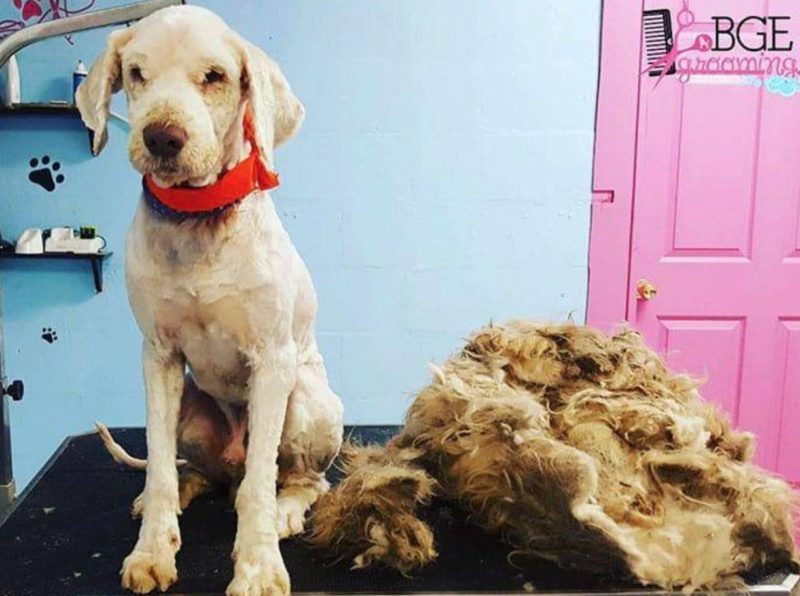 Groomer had to work tirelessly until 3 am. During this time, Falla completely cut off all matted hair and washed the dog, and then, without a second’s delay, took the animal to the veterinarian.

Lucky, as the dog was called, turned out to be deaf and blind. But now he is successfully undergoing rehabilitation with his new family. 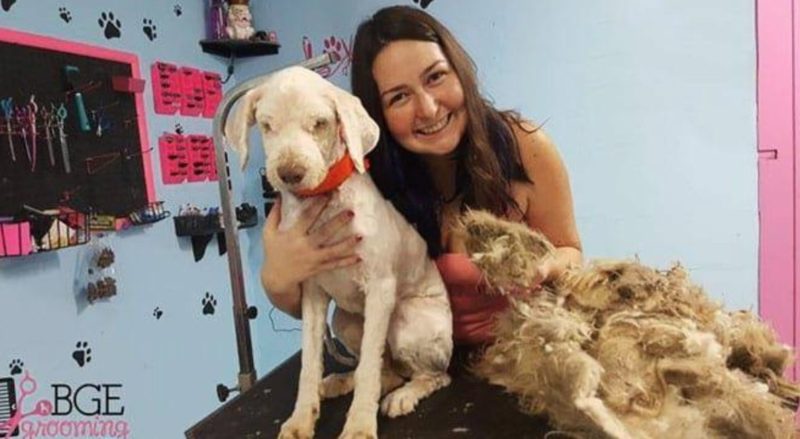 The entire Internet applauds this amazing woman for her selfless help to a poor animal!