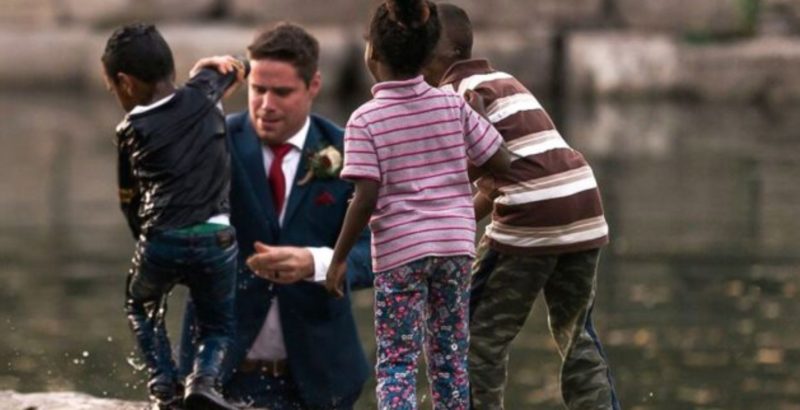 In Canada, a groom jumped into a river during a wedding photo shoot to save a drowning boy.

This was reported on September 24 by the CTV News channel.

Clayton and Brittany Cook got married on September 22 in Ontario. 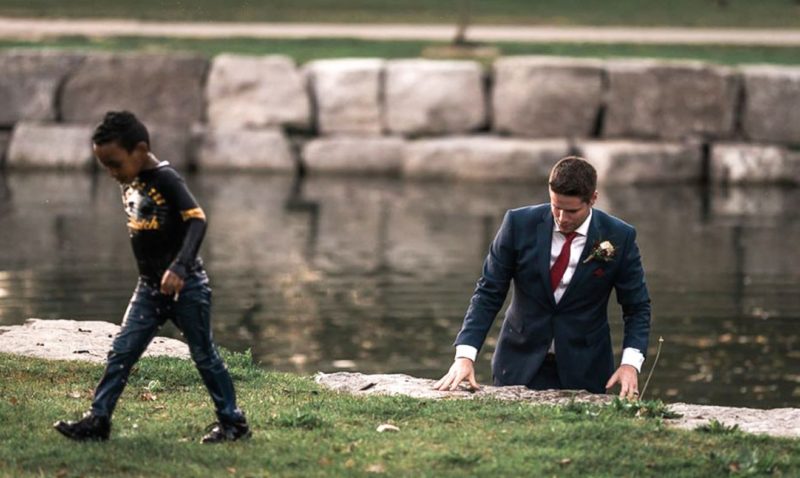 After the official ceremony, they were photographed by the river in the park. Three children were playing nearby.

“I followed them because they were close to the water. When the photographer took separate pictures with Brittany, I realized that only two were left on the shore,” Clayton Cook said in an interview with the BBC.

When the groom saw a child drowning in the water, he immediately rushed to his aid.

Thanks to Cook’s quick reaction, the boy was not injured. The older brother took him home.

The boy’s rescue was photographed by wedding photographer Daren Hutt. He later posted the pictures on his Facebook page.

For Brittany Cook, the act of her fiancé did not come as a surprise. “That’s what he would do instinctively,” she said.