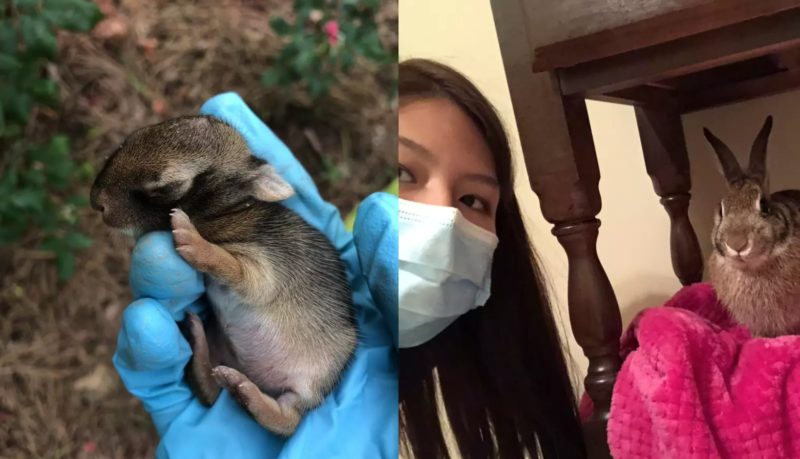 On June 28, 2020, 25-year-old Jessica Lee from Marietta found a baby rabbit crawling on straw in her backyard, which she later named Honey. 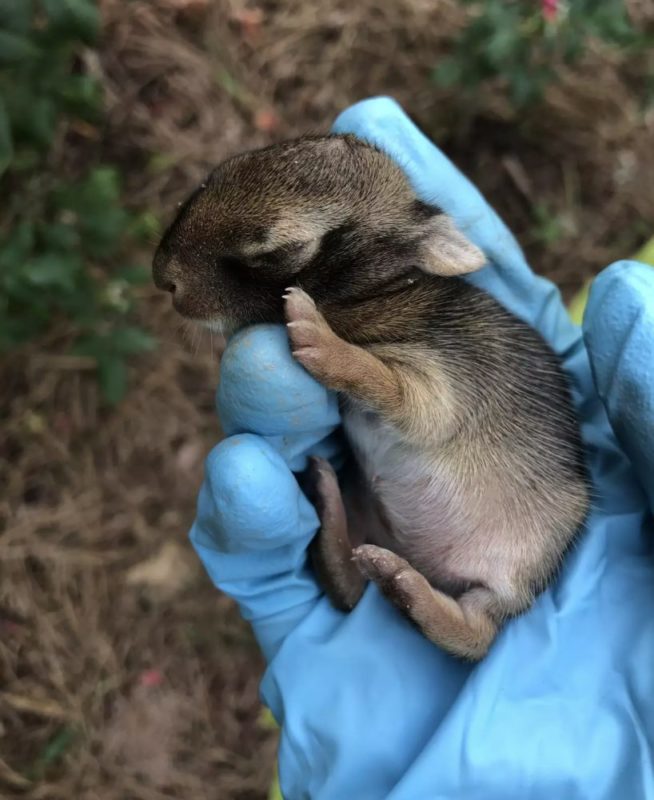 “I put on gloves and took her in my arms, and she rubbed her head against my fingers. Florida’s rabbits are born blind and deaf, so she probably thought I was her mom.” Jessica recalls.

The girl searched the yard and found a rabbit nest, which contained two more cubs. She returned the rabbit she was holding to the nest and decided that this would be the end of it. But it was not there. 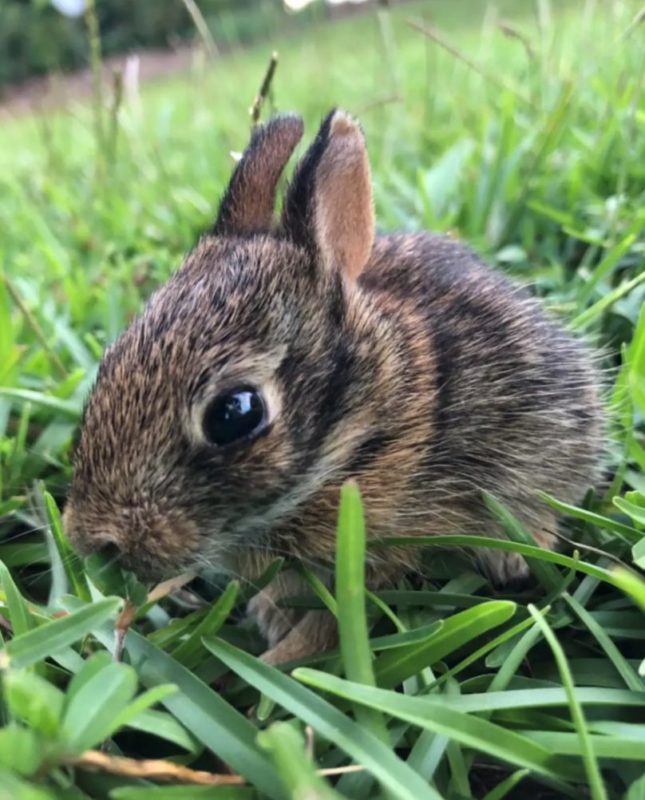 The next morning, the cubs were still in the nest, but looked worse than the night before. And Jessica assumed their mother had never returned to feed them.

The rabbit did not come to the cubs the next day either. Then the girl took the rabbits home and began to take care of them.

She bought kitten formula, mixed it with goat’s milk, and pipetted the rabbits every three hours every day. Unfortunately, despite Jessica’s efforts, only Honey survived.

When Honey opened her eyes, the girl introduced hay, leafy greens, blueberries, and oats into her diet, gradually weaning her off formula.

Then she began to periodically take the rabbit outside to introduce her to nature. Honey quickly got used to her savior and began to trust her.

But Jessica knew that sooner or later the rabbit would have to be returned to the wild. So she began to let Honey go outside more often. 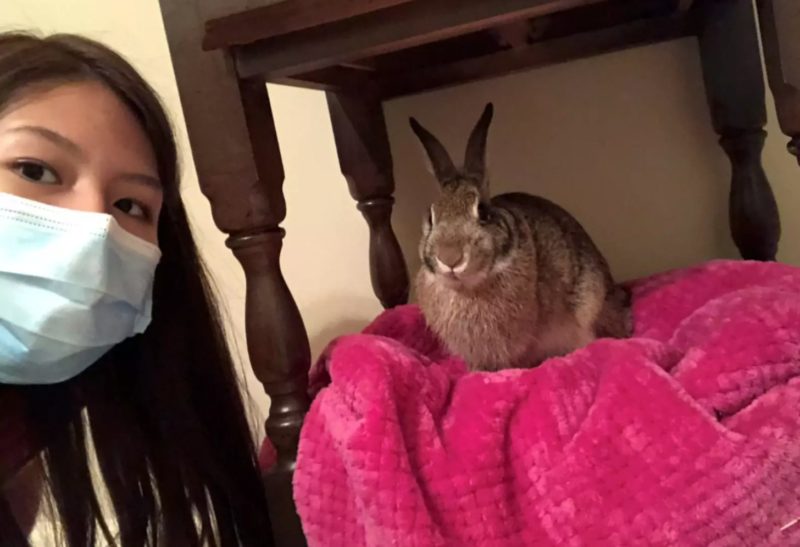 On March 31, 2021, Honey went far from home for the first time and returned in the evening. But then she stopped coming back, and Jessica realized that Honey now had her own life.

However, the rabbit, who recently turned two years old, has not forgotten the girl who saved her life, and now periodically leaves her nest to visit her.

Jessica hopes to see her furry friend at the end of this summer.