Freaks are people who differ from the rest in their bright, unusual, extravagant appearance and defiant behavior.

Now there are a huge number of them in the world. One of the most famous is 24-year-old Amber Luke from the Australian city of Brisbane.

At the age of sixteen, Amber decided to become different. For eight years, the girl has changed beyond recognition. There was no trace of the sweet teenager she had recently been. 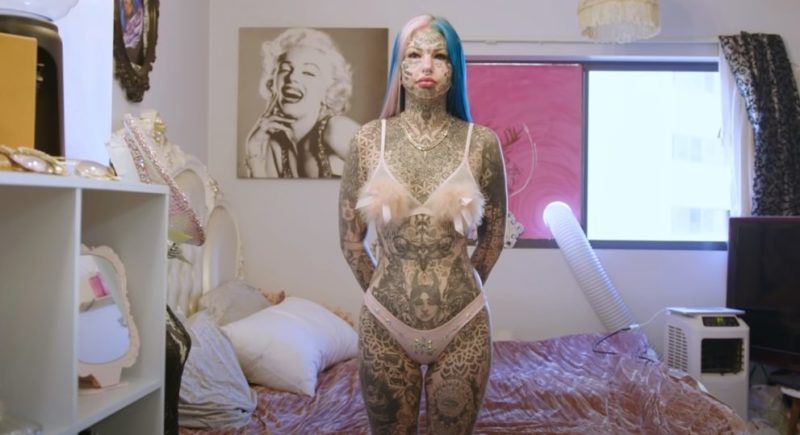 The whole body of a young Australian is hidden under hundreds of tattoos. Luke has countless piercings. She has gone through more than one plastic intervention.

She has a forked tongue, and the whites of her eyes are blue. By the way, because of the eye tattoo, she wasn’t able to see for a while. Amber likes to call herself Dragon Girl.

Recently, Amber decided to remember how she looked before all her metamorphoses. A week ago, the girl smeared the tattoos on her face with a thick layer of foundation. 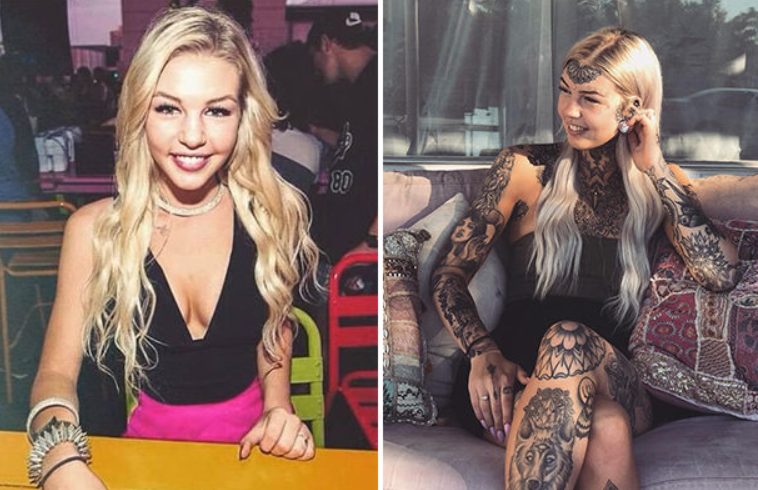 The Dragon Girl wrote that she was afraid of her own appearance without tattoos. She says that she did not like her old face before the modifications. Amber even regrets that she could not change it earlier. 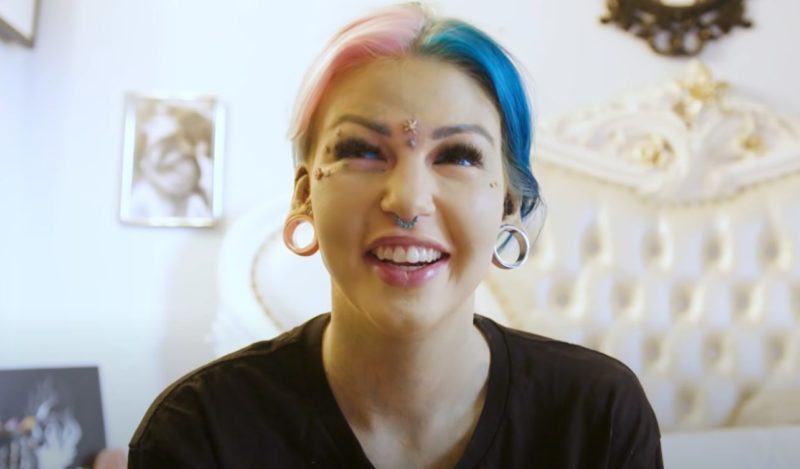 But tattoos reflect her essence. According to the freak girl, for the sake of her current image, she went through pain and tears. But now she is happy with her appearance.

Luke advises not to follow the lead of society, but to be yourself. Amber believes that for her, it is better to be with a fully tattooed body.

The dog miraculously survived the plane crash, and then lived in the wild without food and water for another three days
Animals
0 359