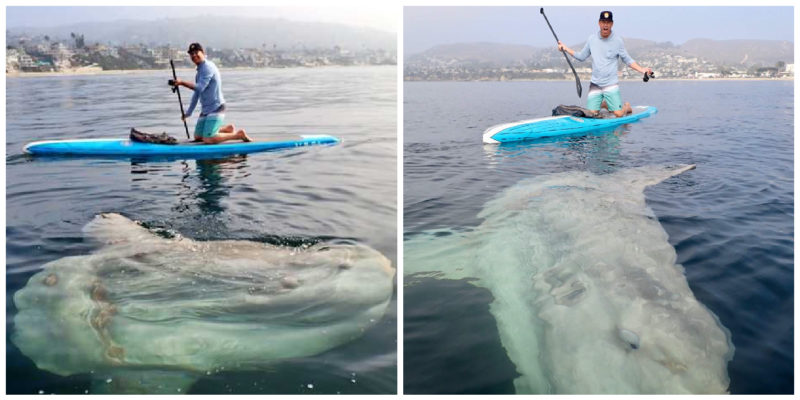 Two friends decided to paddle, but in addition to their favorite hobby, an unexpected acquaintance awaited them.

They met a huge sunfish. 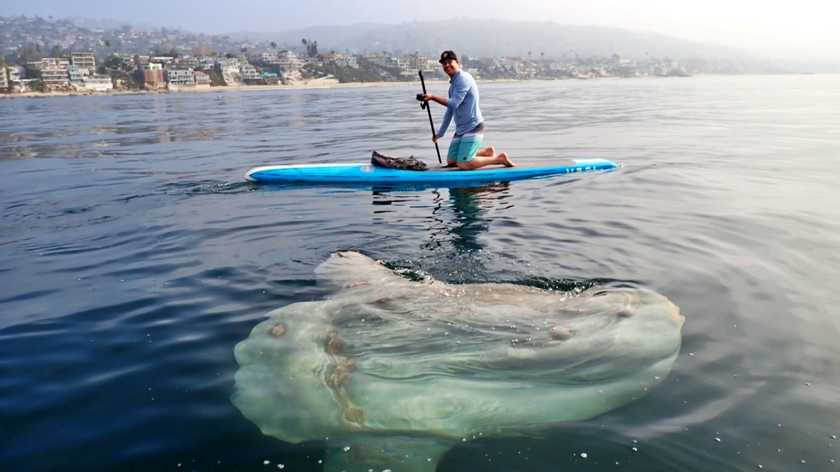 Rich German and Matt Wheaton live in Laguna Beach, California. They came to swim and paddle near the coast, and suddenly saw a giant fish.

“It was great. I often meet dolphins and whales. But you never know what you will see next time,” – Rich German shared his impressions.

He compared the length of the fish to his 14-foot board and suggests it was almost 9 feet. According to German, over the years of his passion for stand-up paddling, he has seen a sunfish more than once.

But they all swam much farther from the coast and were at least half the size of this one that he met recently.

Returning home, the friends began to look for information about the sunfish.

They found out that in 1996, a Japanese fisherman caught a 8-foot-11 fish weighing 5,070 pounds, and got into the Guinness Book of Records. 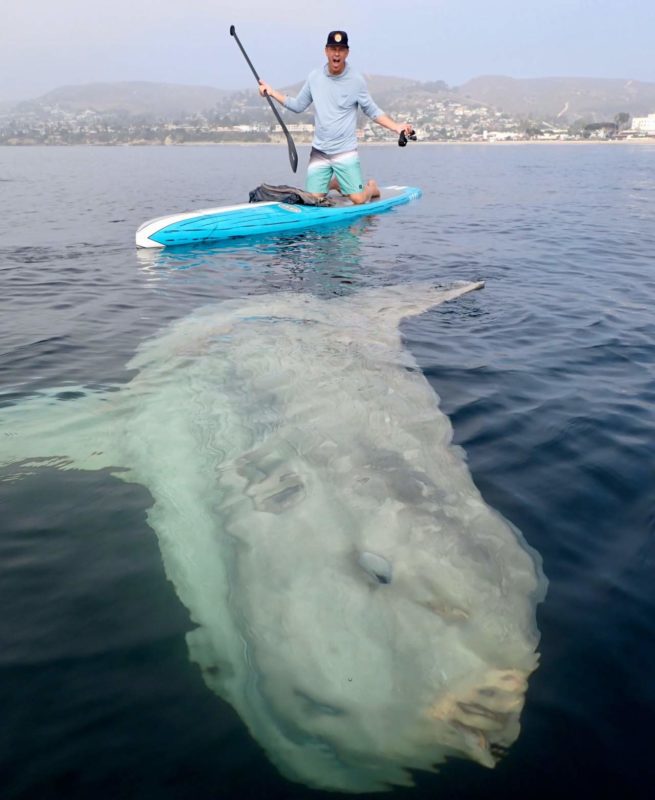 Rich and Matt think their fish was bigger than the record holder’s one.

Beach Environment Coalition board spokeswoman Julianne Steers said the sunfish that the friends saw were larger than the average of their species.

But the exact dimensions are difficult to find out. 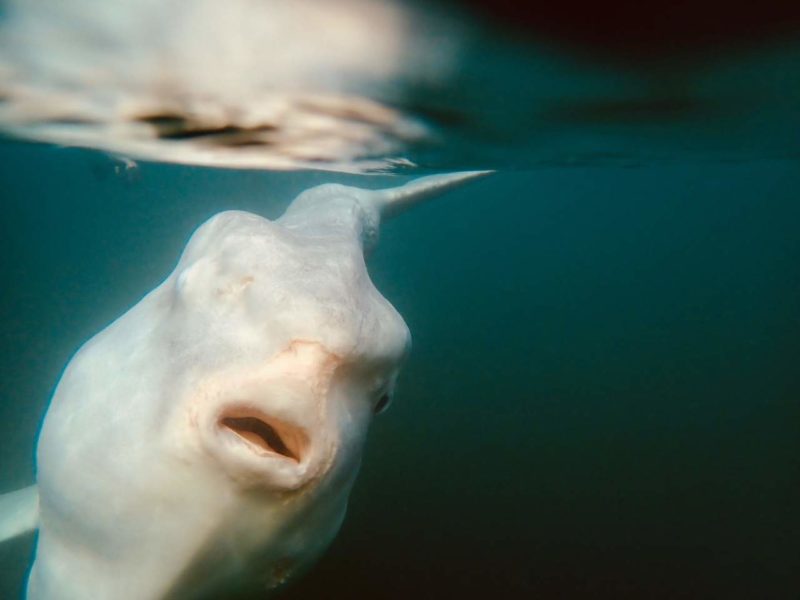 The sunfish, also known as the mola mola, is the largest bone fish in the world by mass.

Medium adult fish weigh about 2000 pounds. Julianne Steers called the mole “awkward” fish that likes to swim on the surface and bask in the sun.

The expert jokes that these fish look like they were invented and assembled by some mad scientist.

Interesting News 0 2
Judith and her husband from Canada dreamed of children for a very long time.