Recently, several families from Australia decided to relax together away from the noise and went to Christmas Island. 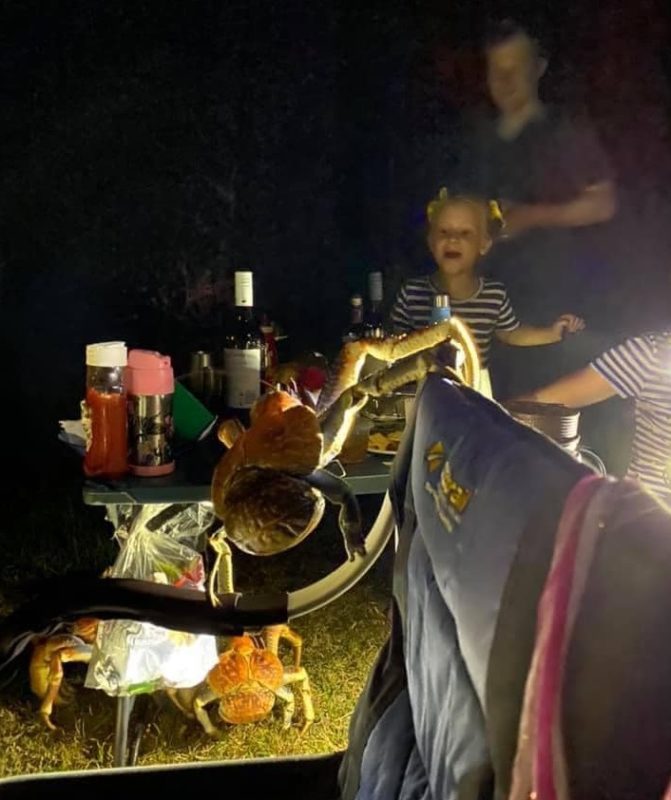 When it got dark, strange, frightening sounds began to reach them. Suddenly, people saw a lot of giant crabs in the darkness.

It should be noted right away that none of the participants in the picnic was injured. Despite the fact that crabs often climb palm trees and sometimes behave aggressively, they do not pose any danger to humans. At the same time, they are lovers of hunting small animals and birds. 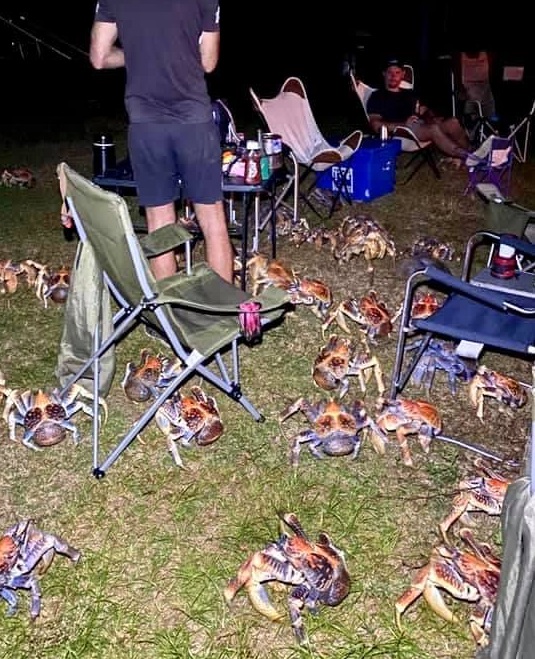 Creatures with a terrifying appearance are always hungry and have a good sense of smell. They quickly reach the source of food.

This can explain their sudden, instantaneous appearance near the camp of vacationers.

The calmness that can be seen in the pictures of the family is due to the fact that these people have already been to these places and encountered huge crabs.

Although this time everyone was shocked by the amount of crustaceans. At the same time, the animals behaved quite boldly, climbed onto the table and climbed over the families’ belongings.

However, they were not prepared for the fact that children would pick them up and play with them. Fearless children’s initiative contributed to the escape of crabs from the camp.

The pleasant evening continued, but for the sake of safety, it was nevertheless decided to rearrange the tents away from this place. 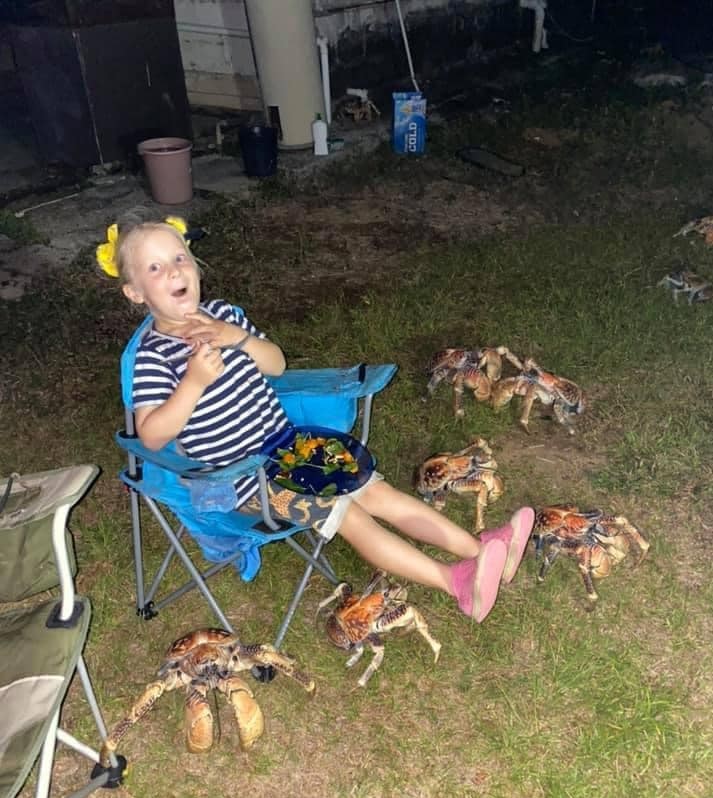 Experienced specialists explained that the vacationing families were lucky, since in fact the crabs captured in the pictures are quite small.

An attack by a large individual with powerful claws could lead to serious consequences. In addition, the smell of food could lure not only dozens, but even hundreds of crabs.

One of the tourists said that hungry crabs hung around the tents all night long and made some sounds.

Meet Chris Barnes, an Australian hero, who devoted his entire life to rescuing orphaned kangaroos in his homeland
Interesting News
0 203

As the mother bear abandons her cubs to drown in the lake, two brave fishermen jump into action and save them
Animals
0 3351