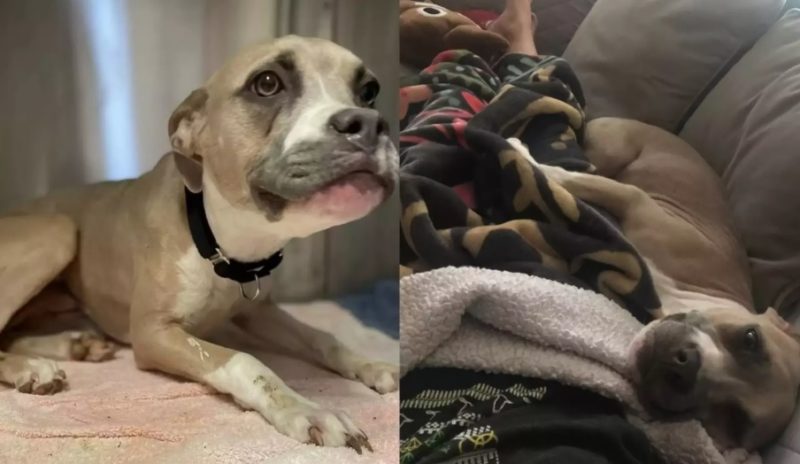 When Jacqueline Colette arrived at Austin Pets Alive, she was sure she would have a hard time choosing among the dozens of puppies in desperate need of a permanent home. But the woman did not know that the dog herself would choose her.

“I went to the enclosures and suddenly saw how a small paw reached out to me,” Jacqueline recalls. 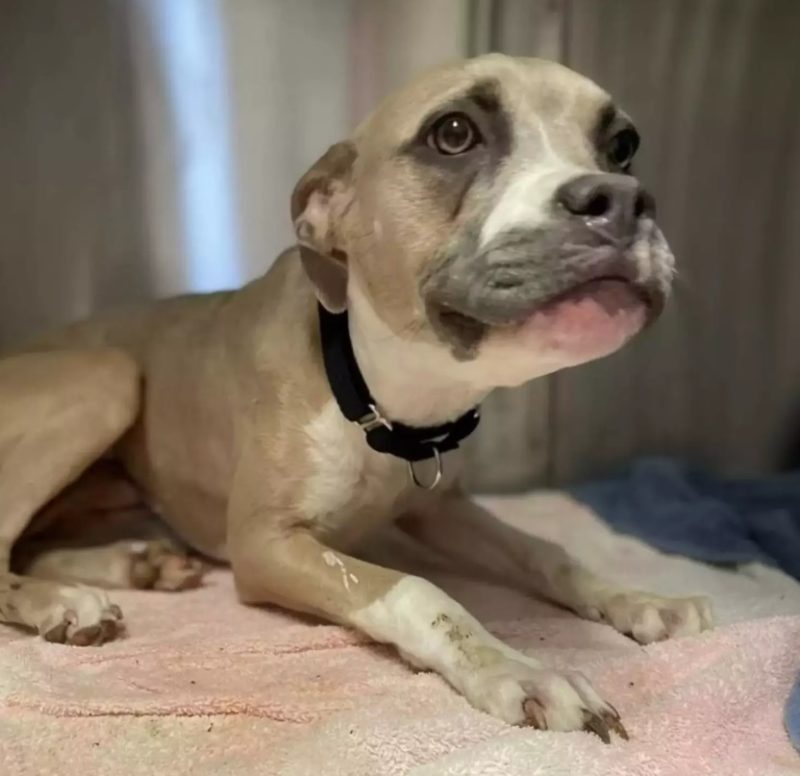 She stayed in the shelter for 11 days, and during this time she never made contact with a person.

“Donut was rescued from the street and placed in a shelter, which soon caught fire. The puppy was not hurt in the fire, but soon caught parvo and was taken to the Austin Pets Alive intensive care unit. Literally a week later, the department was flooded, and all the dogs had to move to open-air cages on the street,” Jacqueline said.

Despite her young age, Donut managed to survive many unpleasant events and therefore was closed and scared.

But when the dog saw Jacqueline, she decided to show courage and reached out to her. It touched the woman to the core.

On the same day, she issued documents for the “adoption” of a dog and took her home. Immediately after arriving at the new house, Donut went to the bath, and then ran around the yard to her heart’s content.

While bathing, the puppy gently clung to her owner, as if thanking her for saving her. The first night, the dog stayed on the lawn because she was afraid to sleep in the house, but then he got used to it and began to spend the night under the roof next to Jacqueline. 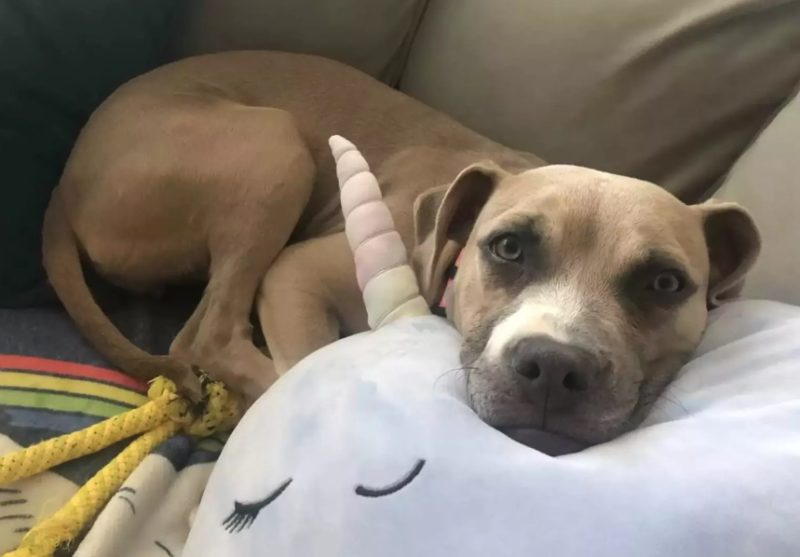 It’s been two months since Jacqueline brought Donut home, and the cute puppy is getting more and more out of her shell.

“Every time she lays her head on me, she sighs and then looks with love and gratitude. And it’s amazing.” Jacqueline says.