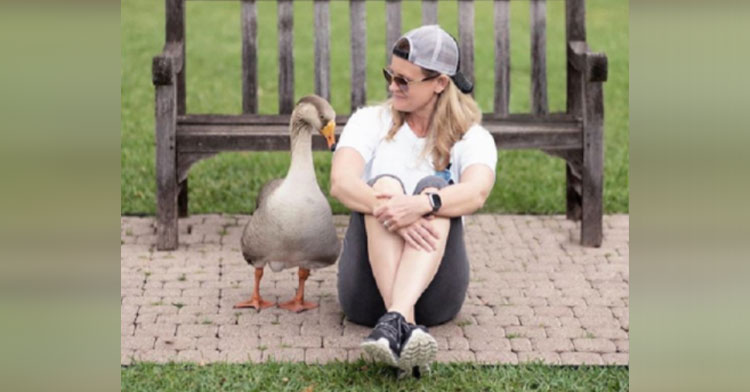 During the coronavirus epidemic, Cheryl Allison tried to keep fit by walking alone in the park.

One day, when she was passing by a pond, a large gray goose ran up to her. 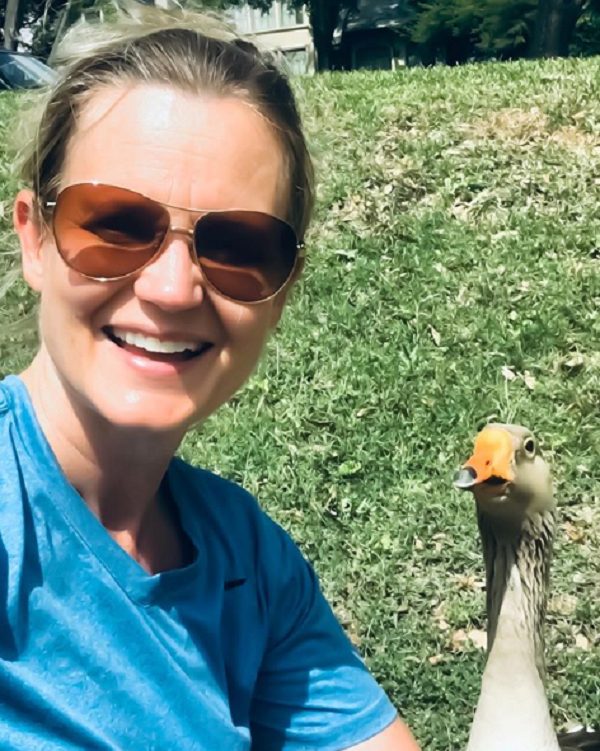 The bird acted as if it had known her for a long time.

The goose, not afraid, walked next to the girl, looking at her with interest.

After this unusual walk, Cheryl spoke with the management of the park and learned that the goose – whom she named Honk – was raised at home, and his owner was very similar to her. 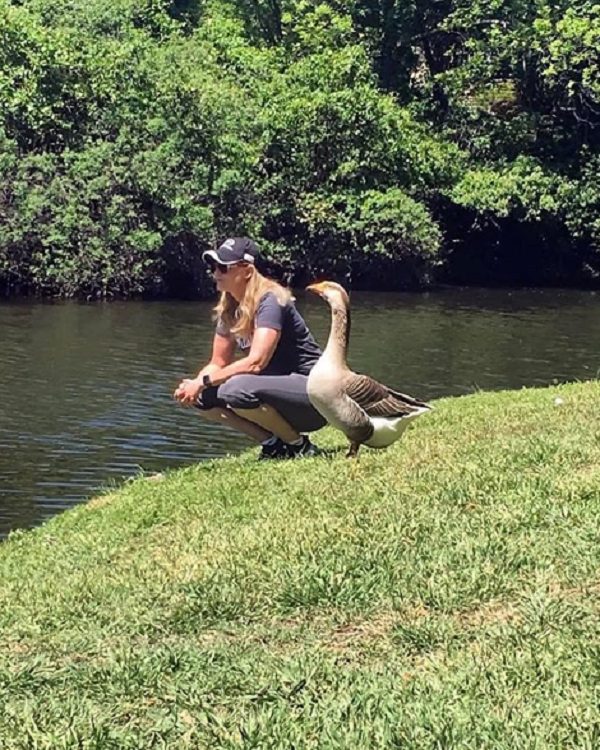 It became clear: the bird was simply mistaken, but communication with him was so pleasant that Cheryl could not refuse him!

“I have not seen my friends and parents for a long time, and this goose has become my “quarantine” friend,” the woman says.

For obvious reasons, Cheryl could not take the bird home, but she tried to see him several times a week.

If the woman was walking, the goose walked next to her.

As soon as Cheryl sat down on the bench, her friend also jumped on her.

The goose would tell the woman something in his goose language, and she, in turn, would sing songs to him.

Soon, videos of Honk shared by Cheryl on social media caught the attention of users.

The unusual couple became so famous that they were even shown on the news program. 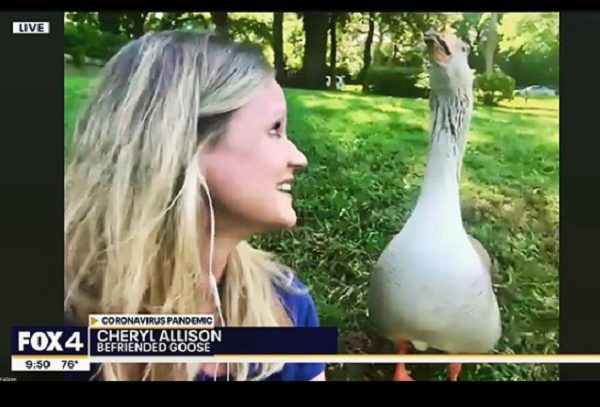 Friendship with Honk inspired Cheryl, who has been involved in film production for many years, to create a new project.

The woman plans to make a documentary about the unusual communication with the goose, which saved the woman from loneliness.