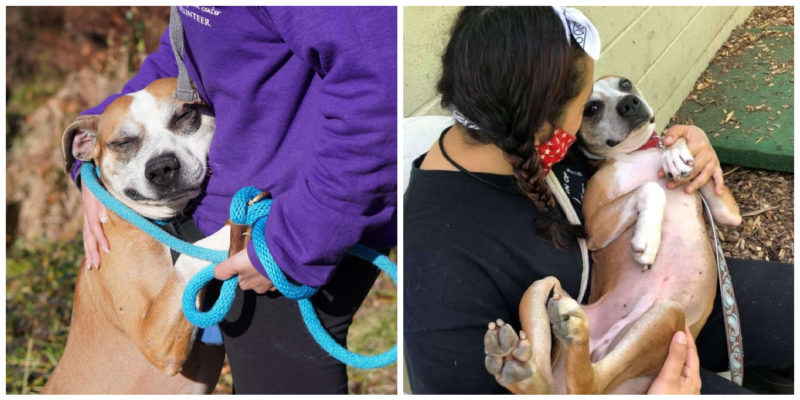 A dog named Toro was found sitting in chains in the courtyard of an abandoned house last fall.

The dog was released and taken to an animal shelter in Hempstead. 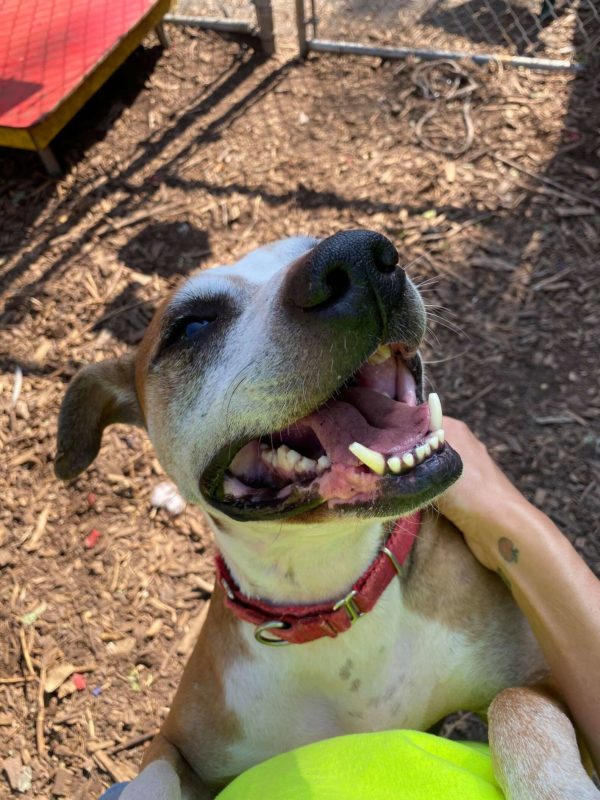 From the way the dog behaved, the volunteers realized that Toro most likely never lived in the house and did not know human affection.

At the shelter, he was very nervous and afraid of those around him.

Toro was a little used to the volunteers who rescued him. But he did not interact with other people and animals. 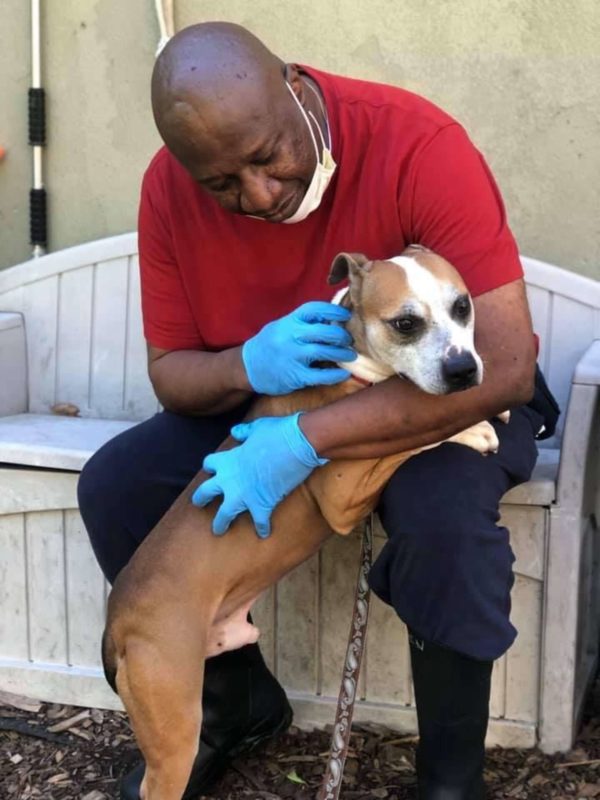 But it soon became clear that under all this mask of imaginary hostility there is a dear dog who just longs for love.

As soon as Toro got used to a new place, he began to give his love to everyone.

Whoever the dog met on the way, he wanted to hug.

According to one of the employees of the shelter, already on the first walk in the yard, when Toro was released from the leash, he immediately rushed to her and stood, hugging her around the waist, for about fifteen minutes.

It was a very touching moment. The dog simply pressed its face to the volunteer’s leg, as if thanks to her for the salvation and his new life.

From that day on, Toro began to open up more and more and hug everyone he met.

In the winter of 2020, the dog managed to find new owners. But after just a week and a half, they returned him back, saying that the pet did not suit them. 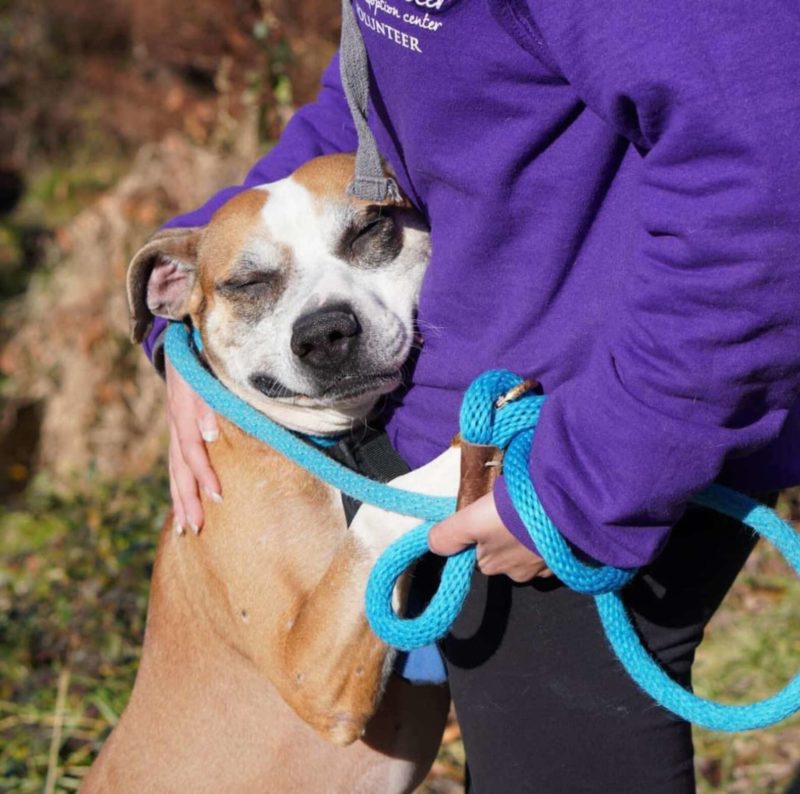 Toro still lives in the shelter and gives love to his new friends, hugging each and every one.

And the volunteers only hope that someday there will be a family that will be able to appreciate the friendly dog.

A dog, that was lost for six years, is miraculously found by a kind passer-by and reunited with his family
Animals
0 450

Meet Winnie, the Cocker Spaniel that looks like a real-life Disney character
Animals
0 151