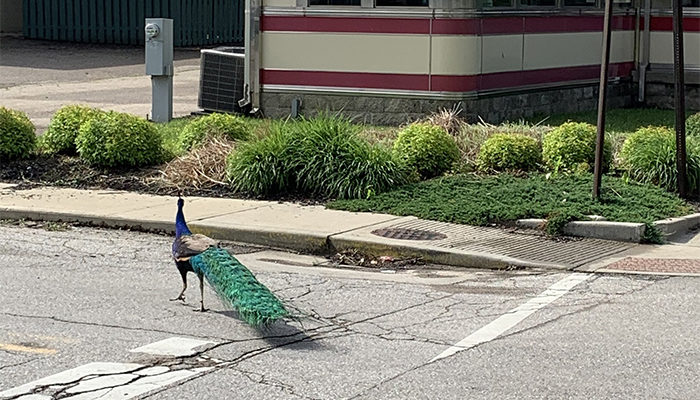 When residents of Indianapolis noticed an exotic bird with a marvelous tail, freely roaming the streets, they could not believe their eyes.

The peacock, who was given the name Franklin, was clearly looking for something. 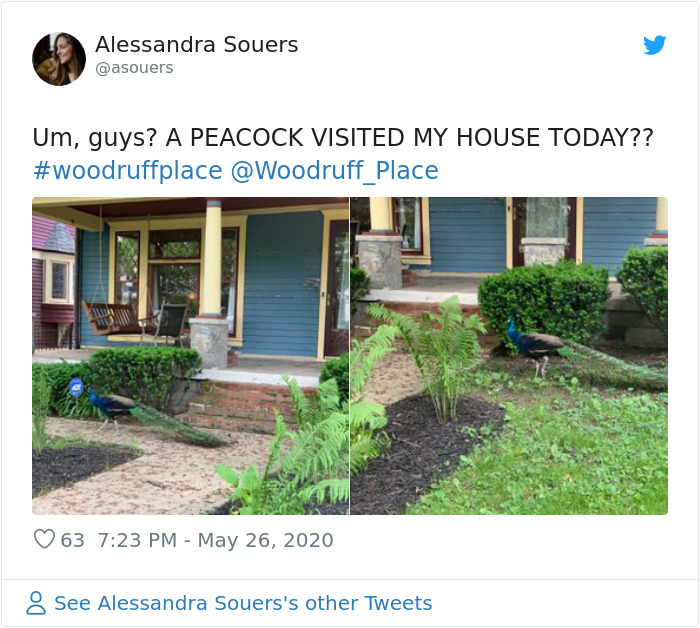 He looked under every bush, went around the yards and even examined the roofs of residential buildings.

He did not stop for a long time in one place, and continued to move along a route known only to him alone.

Caring people began to film the bird on video and share records on the Internet. 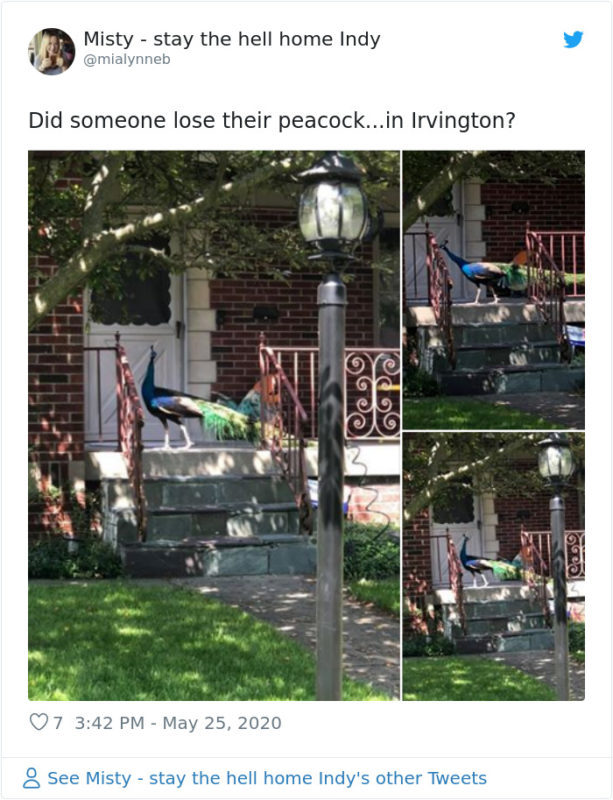 And soon a group called “Where is Franklin the Peacock now?” appeared on social media, in which it was possible to track the movement of the mysterious guest.

Users have put forward different versions of what drives Franklin.

But most agreed that the peacock is lonely and is in search of a mate.

Judging by the map, the bird made a march of a thousand kilometers. 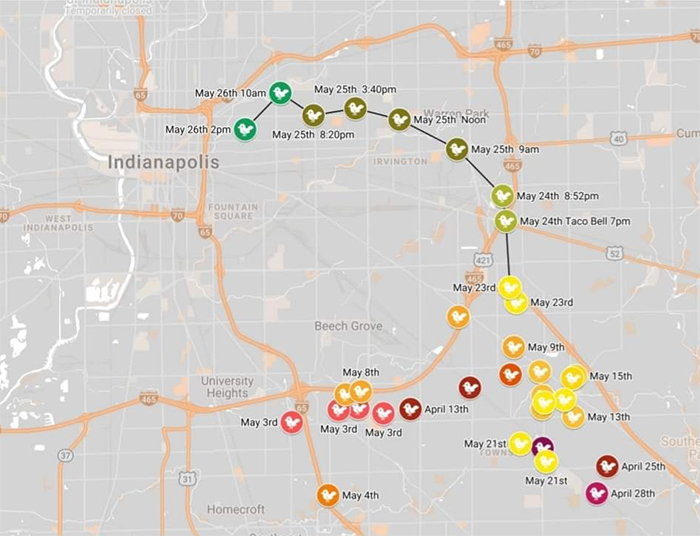 Peacock began his journey in late April from the township of Franklin and by May 30 reached the settlement of Twin Air.

Soon, the Animal Control Service became interested in Franklin’s story, and at the end of May the bird was caught.

The news that the journey of the most eligible bachelor was suddenly interrupted upset all those who followed his fate.

But a few days later, it became known that a romantic peacock was expected at Olivia’s Oinking Acres farm.

The peacock Rhyme was brought there, for which the owner planned to build an aviary. Now her plans have changed – after all, if everything goes well, Rhyme will not live there alone. 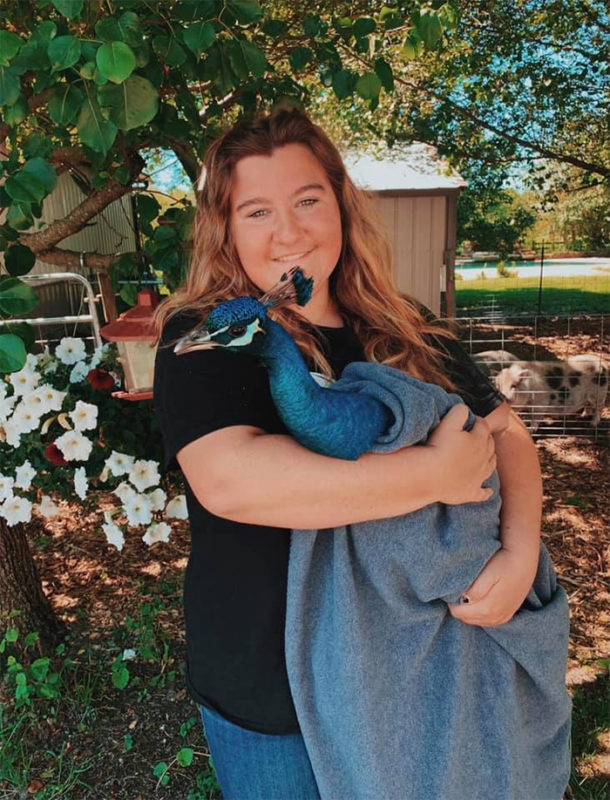 The shelter explained that peacocks are domestic birds that are unable to survive in wildlife, and the climatic conditions in Indiana are not very suitable for them.

So for Franklin, life on a farm is the best option. Moreover, it is there that he may find the one he has been looking for for so long.

Woman gave birth to twins with different skin colors, but after 7 years another surprise awaited her
Interesting News
0 223

Kitten was terribly scared when she ended up in a foster home, but the care of the dog helped her to trust people
Animals
0 280

Meet the spectacular multi-colored Mandarin Duck, which considered one of the world’s most beautiful birds
Animals
0 299