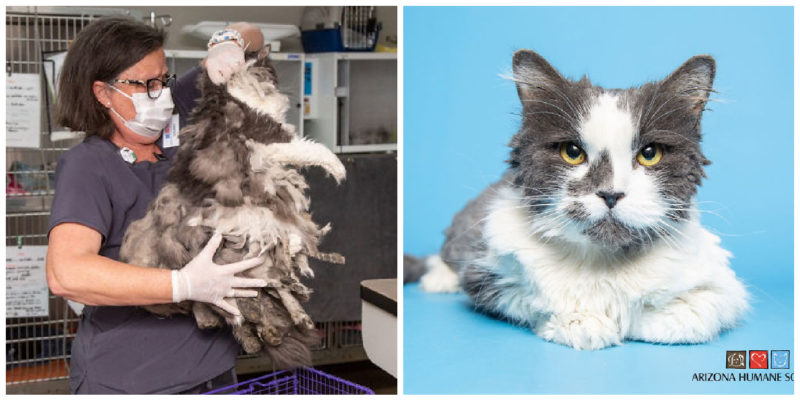 Looking at this pile of matted fur, it was difficult to understand what kind of animal was hiding under it.

What a pain it was to live with such a burden! 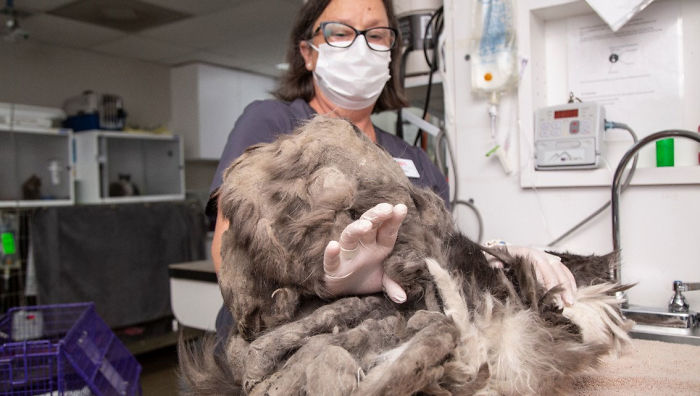 The Arizona Humane Society’s emergency veterinary service received a call stating that an animal whose owner died is in desperate need of help.

A few hours later, an unknown animal was brought to the shelter, hidden behind kilograms of dirty matted fur.

By a weak meow, it became clear: it’s a cat! 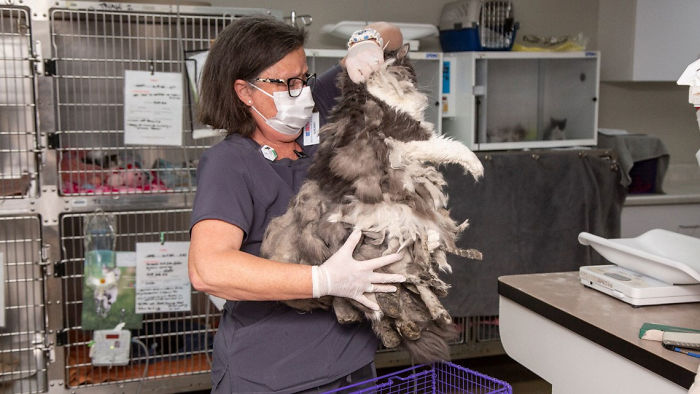 The poor thing looked so terrible that the medical staff didn’t even know where to start.

According to doctors, it was one of the most neglected cases they had to deal with.

But in the practice of AHS there were many of them. The organization’s employees daily rescue sick, injured and domestically abused animals, and then look for a new home for them.

Fluffer – that was the name of the unfortunate animal – behaved surprisingly calmly. So it was decided to shave her without injections of sleeping pills.

She steadfastly endured inconvenience and pain – and this is rare, because usually cats are nervous even from a simple haircut. 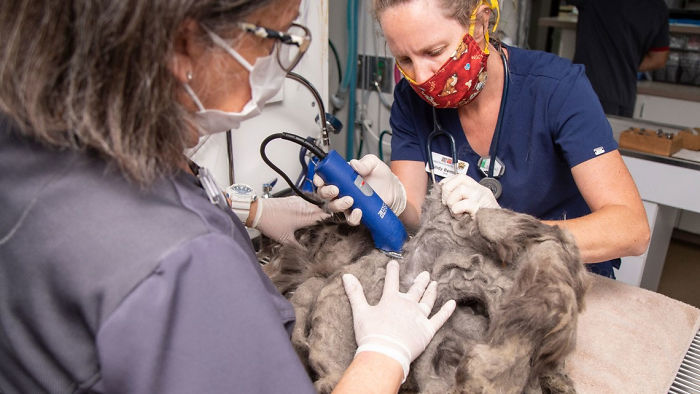 The unpleasant procedure lasted about an hour – and, finally, the 4-year-old cat was free from the burden that she had worn for many years.

Under a pile of matted fur was a sweet and calm creature. Fluffer behaved very affectionately, thanking people for their help.

Shelter employees barely had time to post her photo on their page on social media, when applications began to arrive from those who wanted to take the cat to their home. 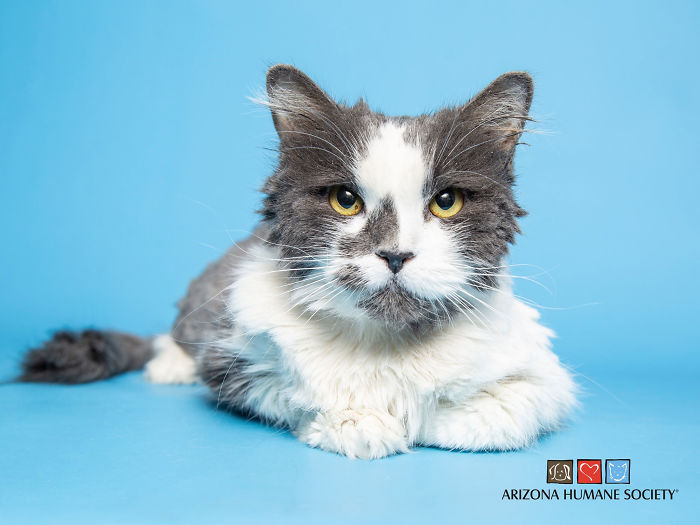 Within two days, all the formalities were settled, and the animal went to the new owners.

The cat feels great and is ready for an active and happy life – which she has been deprived of for many years.

Cat saves the owner from a highly venomous snake, the reptile climbed through the open door and hid in the shopping bags
Animals
0 12551

The little lion was playing and bit his father’s tail, the lion wanted to teach his son some manners, but then the lioness intervened
Animals
0 979

Touching story by the post office. A kind woman gives a jacket to her dog
Animals
1 1303

A café on the Greek island of Lesbos opens its doors every night to stray dogs, thus protecting the animals from the cold
Animals
0 353
Our Top Posts