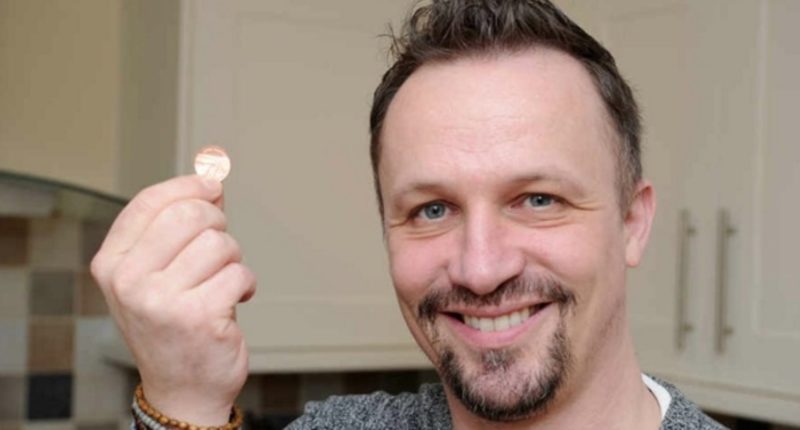 36-year-old British man Matt Giles decided to show everyone the floor he made with his own hands. And we want to say that his work looks cooler than the most expensive projects.

Before doing the floor, in his house, Matt Giles searched the entire Internet with his wife.

And so they came up with the idea to make a floor out of coins, the idea was not bad and crazy at the same time.

First of all, the couple went to the bank to change all their cash for coins.

They had to hand over 270 pounds to the bank, for which they received 27 thousand coins.

Laying out every coin is troublesome. 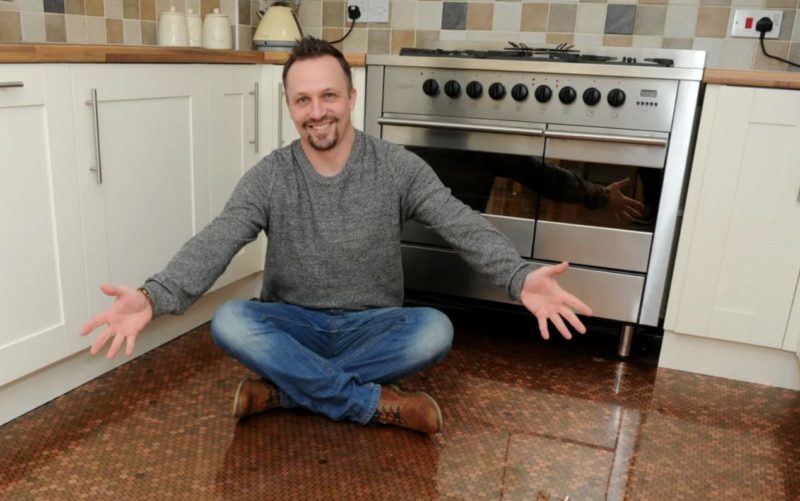 It took 6 weeks for Matthew to work. First, he laid out the coins on the floor, covered with silicone.

This process turned out to be very difficult, but Matt’s friends helped him in this.

After the coins were all laid out on the floor, they were rubbed with a special liquid so that there were no gaps.

Matthew spread the epoxy in an even layer over the “coined” floor surface. 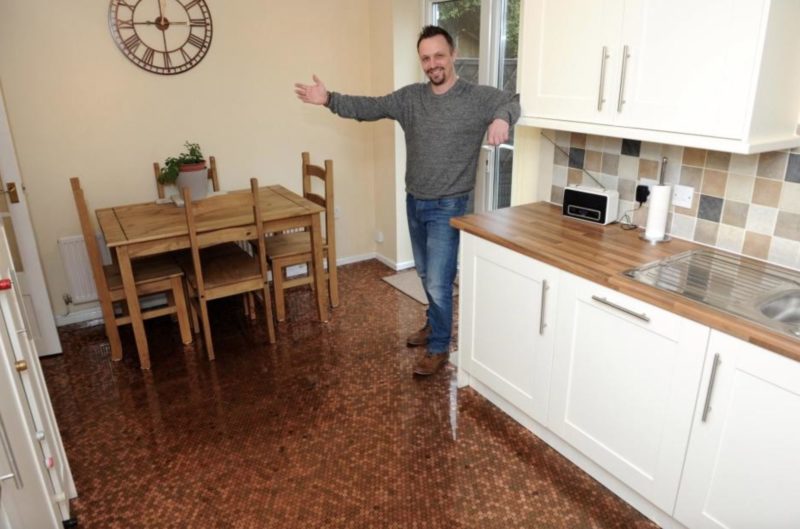 The floor dried in about 48 hours. As a result, everyone really liked the floor. You won’t see anything like it anywhere else.

Matthew is very pleased with his work.

Newborn with a unique heart-shaped mole struck the whole world: see what he looks like now
Interesting News
0 70