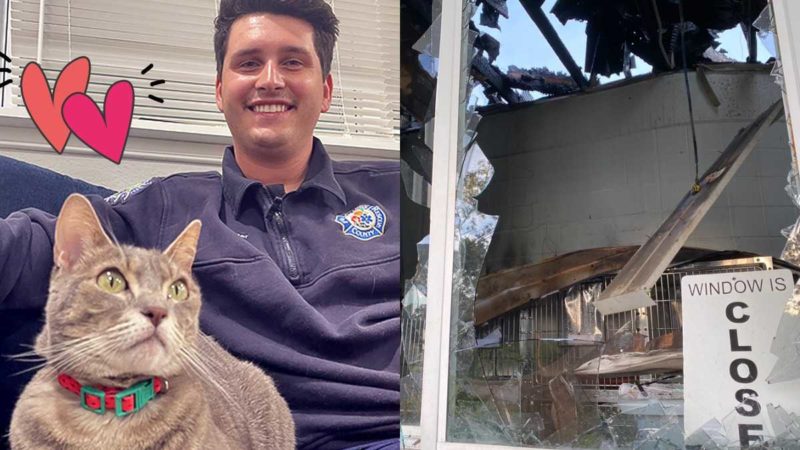 In Orlando, the house of an animal shelter caught fire.

The fire spread very quickly to the premises, namely, where the rescued dogs and cats were kept. 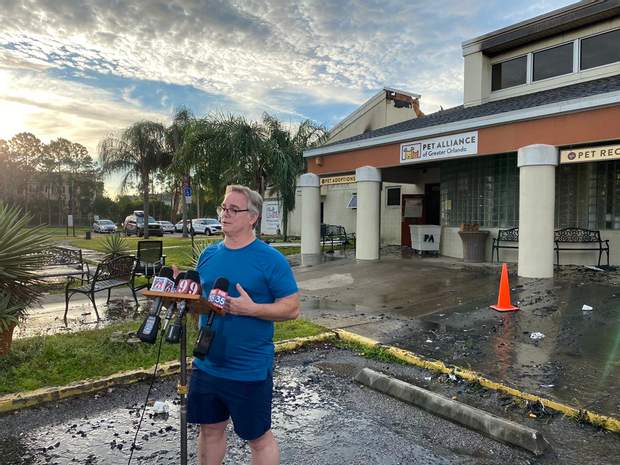 When the flames were extinguished, Brett Maneri had to go inside the building along with other firefighters to eliminate small fires.

In addition, the men found and brought out the animals that survived.

“Cats are like petrified. It seemed that they saw a ghost. When this happens in a place where animals are saved, it’s terrible,” said Brett Maneri.

In one of the rooms, Maneri found a cage with three cats, which were littered with rubble.

Carrying out a box with a cat named Mia, the man decided that he wanted to keep her.

“Surprisingly, she ended up in the worst place and came out with a couple of bruises,” Maneri remembered.

Brett already had 2 cats and a Boxer he adopted from the same shelter.

In the new house, Mia was still frightened and hiding, but the next day she was able to calm down. 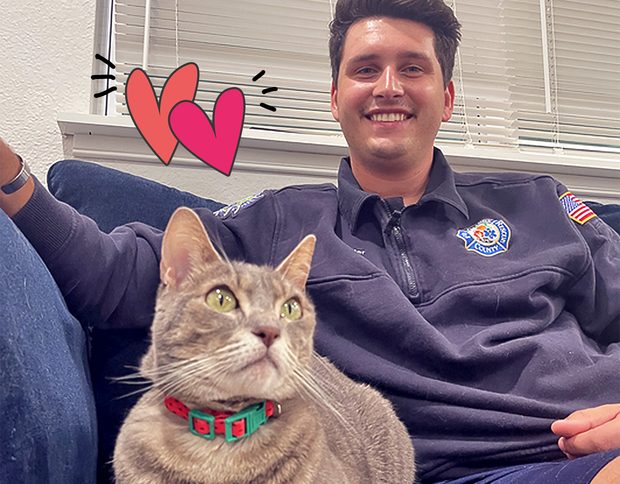 Now Mia does not leave her new owner, constantly meows nearby and hugs him with her paws.

Brett Maneri notes that he did nothing special.

He claims that without the efforts of the entire team of firefighters, it would hardly have been possible to put out the fire and save the animals.

‘The most responsible kitten in the world’: 6-week-old kitten takes care of three newborns
Animals
0 130