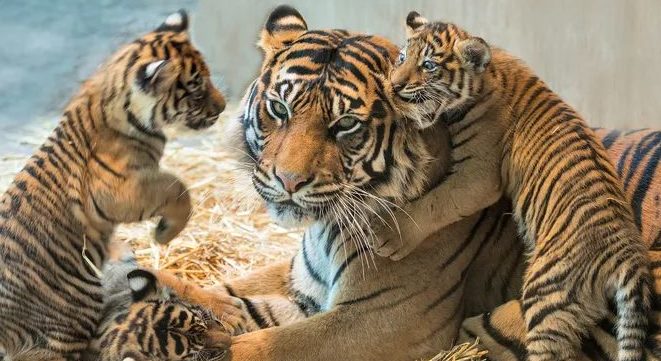 According to the forestry department of Madhya Pradesh, the mother of four cubs died in mid-May.

A few days after her death, experts decided to check the videos from hidden cameras to see if the cubs needed human help. 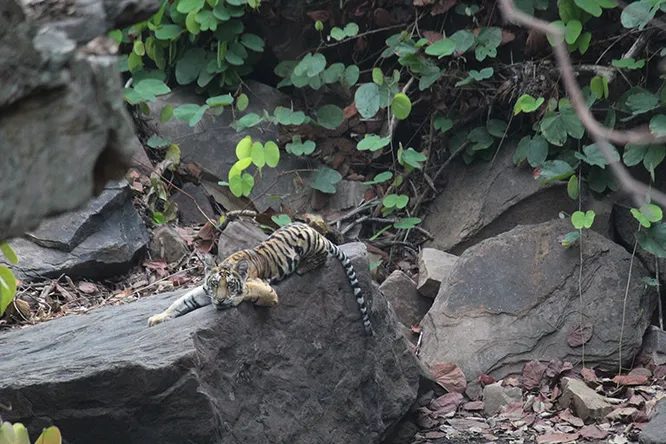 But it turned out that the tiger with the number P243 had already taken up their upbringing. In nature, this happens very rarely.

After the birth of the babies, the mother takes over all the work of raising them.

She feeds the cubs, introduces them to the world, teaches them to survive and get their own food, staying with the cubs for up to two years.

Male tigers lead a solitary lifestyle and do nothing to help the female.

But the behavior of P243 contradicted all the information about these noble predators.

Judging by the recordings from the cameras, the tiger almost did not leave the territory where the orphaned cubs settled, and regularly left food for them.

Once every few days, he went hunting, but returned with prey no later than two days later.

Moreover, in most cases, the tiger did not touch the meat until the cubs were completely satiated.

This is the first time the department has encountered this. “Once upon a time in Ranthambore (one of the largest national parks in northwestern India) Something similar happened, but such phenomena are extremely rare. To understand why the tiger does this, we need to study his behavior in more detail,” commented the former head of the reserve, S.K. Mandol.

According to experts, the next few months will be decisive for the cubs. 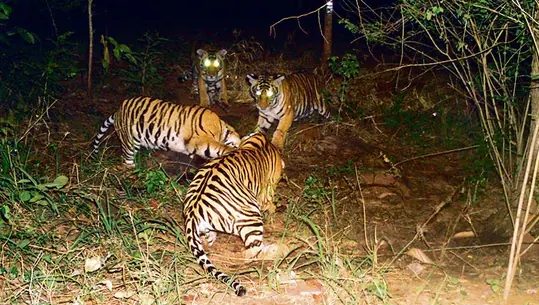 During this time, they need to get all the necessary skills to survive in the wild. Now, the weight of animals is about 50 kilograms.

Ideally, by the time they start an independent life, they need to recover to 80-90 kilograms.

Fortunately, thanks to their patron, they are well-fed, active, playful and are already making their first attempts to catch small animals.