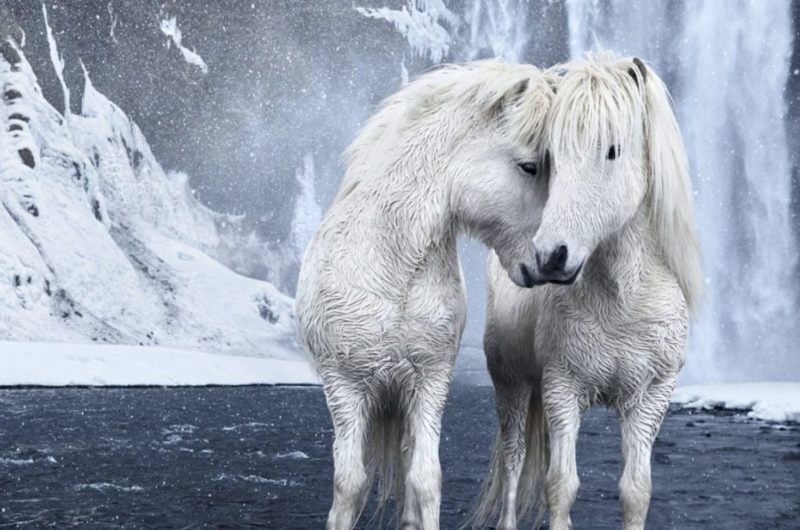 Iceland has an almost mystical appeal, with its beautiful, cold landscapes that look like no one has ever set foot before. 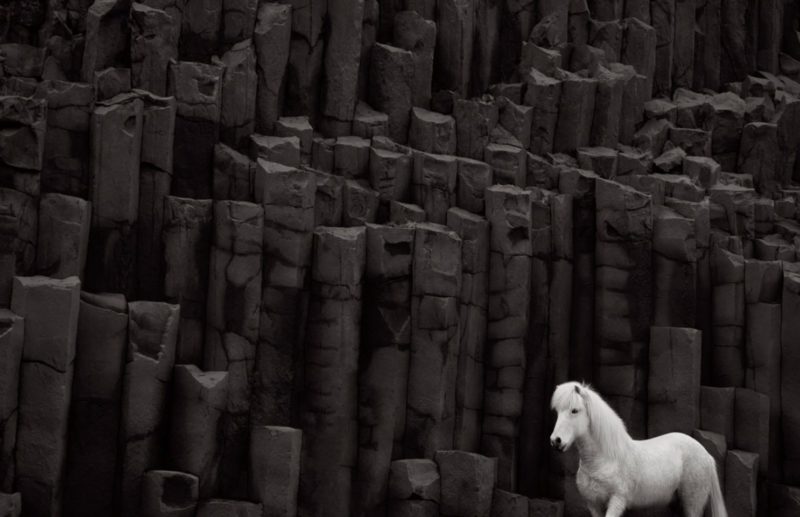 New York photographer Drew Doggett has found another piece of an Icelandic fairy tale – furry horses, used to living in the extreme conditions of the island.

Only one local breed of horse lives in Iceland. These are undersized, stocky and hardy animals with a dense mane and a magnificent tail. 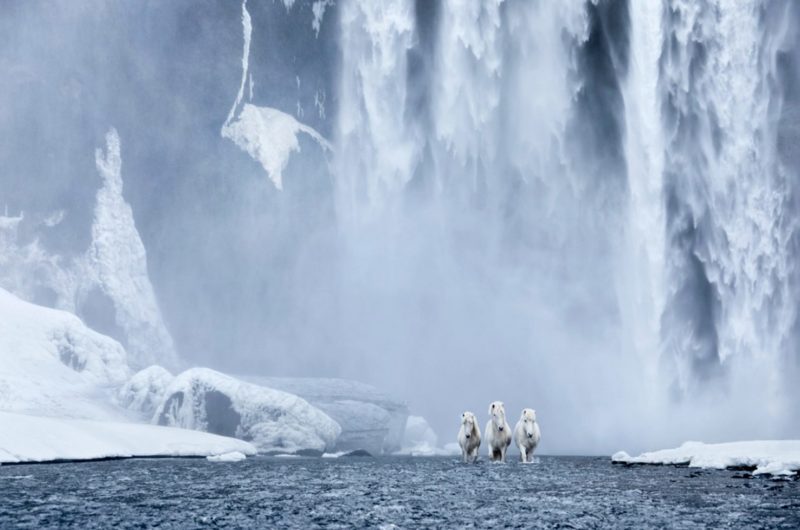 They come in all sorts of colors. But Doggett likes to shoot white horses the most, they look the most like horses from fairy tales.

In Iceland, nothing threatens horses. So they are not even afraid of people and trust them, letting them get very close. 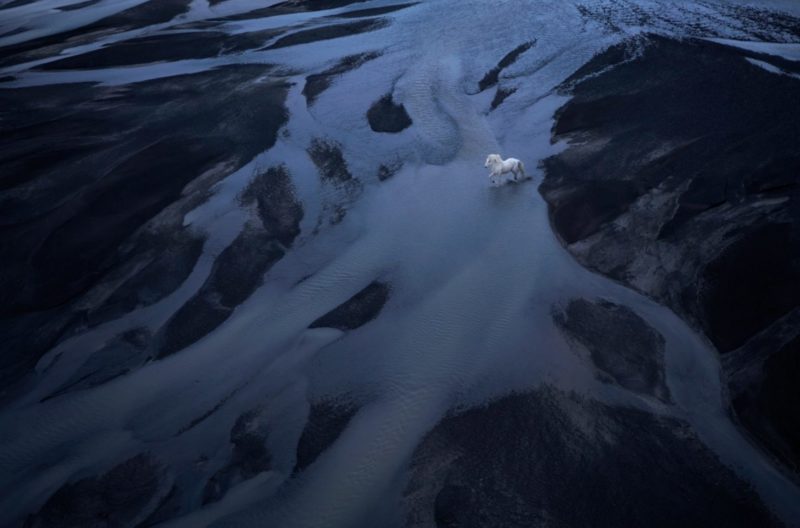 Horses were brought to the island long ago by the Vikings. And now Iceland has a ban on bringing any new horses into the country.

The horses that Doggett photographed live on a large farm and graze in the open. 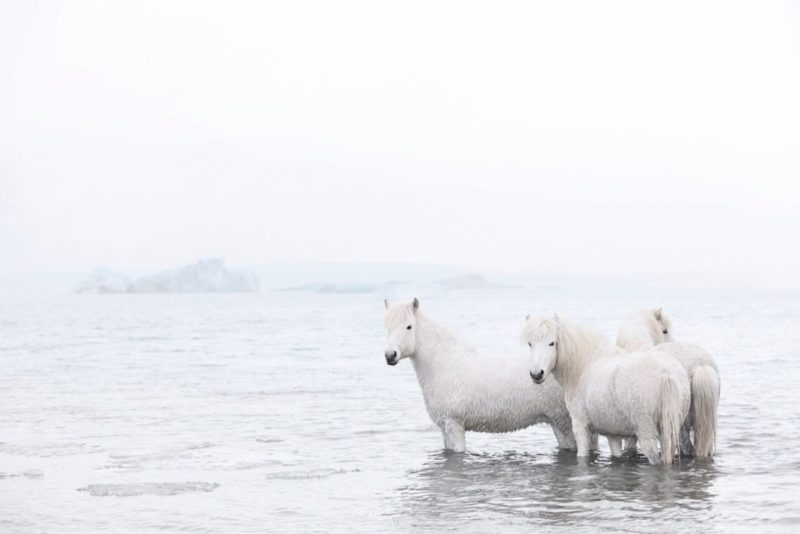 To capture the animals in all their glory, the photographer spent several days on a farm where about a hundred horses lived. 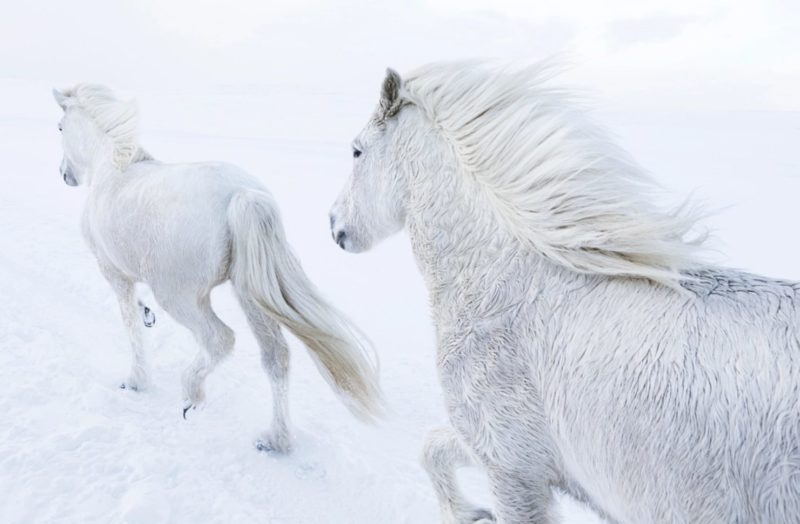 In his photographs, the photographer was inspired by stories about the mythical eight-legged horse Sleipnir, which was created by Loki and became the personal horse of his father Odin.

Shelter Pit Bull was going to be adopted, but she refused to let go of her best friend
Animals
0 310

Meet Milka “The Dog From The Balcony”, which got so popular that she became a tourist attraction
Animals
0 202

One life for two: what the most famous Siamese twins Brittany and Abigail look like now
Interesting News 0 88